I've spent the last couple hours trying to install a smart switch in my new-construction home (finished last month in Chicago) and I'm a bit confused. Pictures here, going to focus on the top picture. 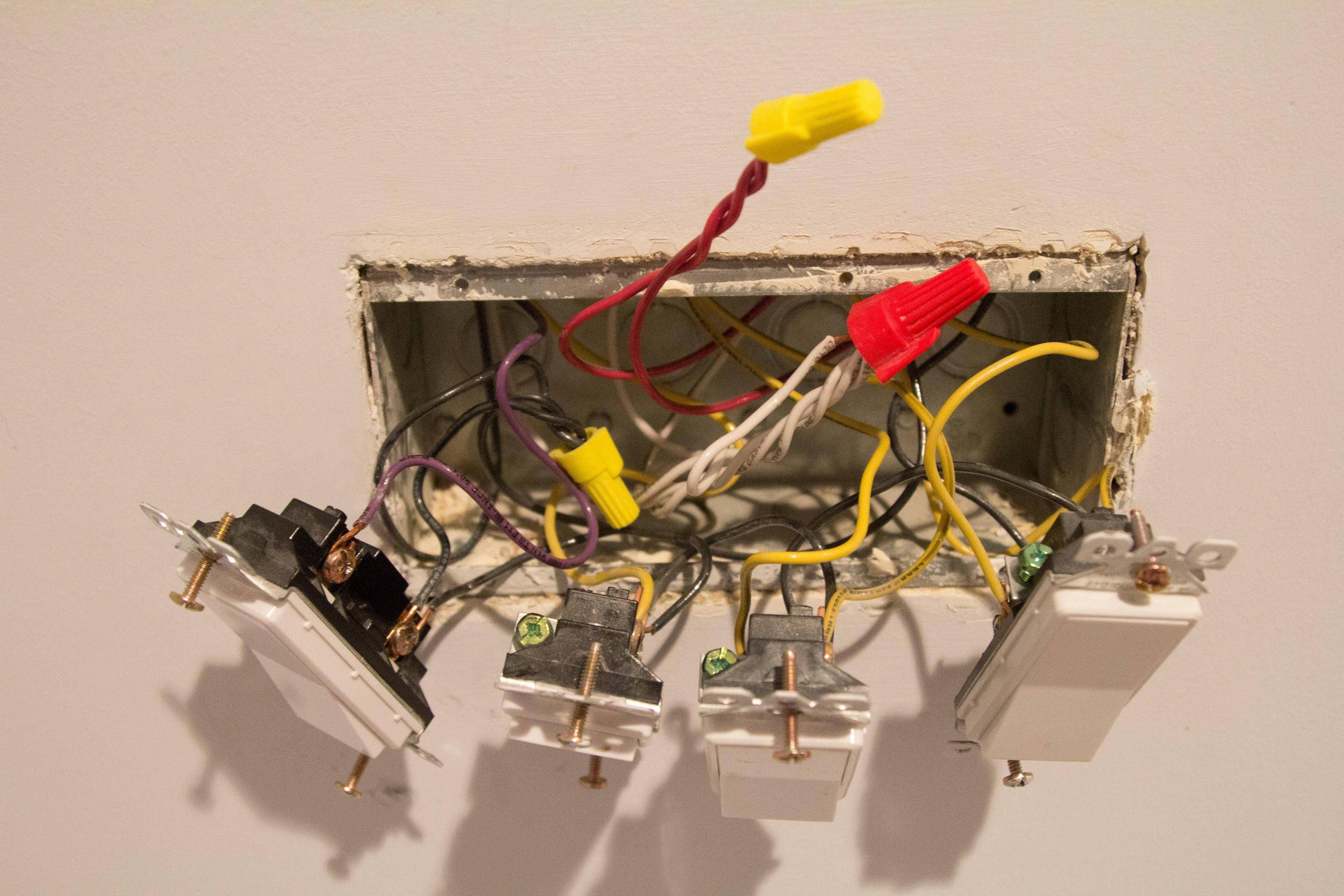 The yellows/purple are loads and travelers. The dark grey seems to be line and carries current, though for some reason it both enters and leaves the box and, if cut, all switches fail to work. It's the unconnected reds and whites that really confuse me. When I turn off the circuit breaker for "basement lights", the grey line loses power but the red remains hot.

I tried hooking up the smart switch grabbing a random white for neutral from that twistie, but the switch doesn't work. I'm kinda thinking that those twisted whites either are not neutral or that they're not all the same and one of the other white ones is the actual neutral.

Hopefully someone recognizes this setup and knows how I should be wiring the smart switch (use red instead of grey for line? use a different white as neutral?

Optional additional info (may confuse more than help): The reason I'm thinking maybe the whites aren't all the same is that is that there's a similar switch box on the other side of the basement which has a combo switch and outlet and the outlet uses the red/white while the switch uses dark grey and yellow. Again, the switch doesn't work there and I'm not sure if it's because I'm using the wrong white line (some are labeled south-wire, some north-wire) as neutral. Also on that side the whites seem to spark when I mess with them though my indicator says there's no current. And when I mess with them I can hear a small beep from elsewhere in the basement, maybe near the circuit breaker... there's a couple things plugged in under the circuit breaker that run straight into the wall. When my wife asked the builder what those do, he said "don't worry about it, it won't come up".

I tried hooking up the smart switch grabbing a random white for neutral from that twistie, but the switch doesn't work. I'm kinda thinking that those twisted whites either are not neutral or that they're not all the same and one of the other white ones is the actual neutral.

That is exactly your problem. Collectively the bundle is neutral. You can't however "grab a random white for neutral" out of the bundle and just hook it up one on one.

The reason is that one of those white wires is the neutral that goes back to the panel, the rest of the bundle is going to the lights plugs etc that these switches are controlling.

To hook up your new switch you need to get all the whites together and capped with the same wire nut.

Not the answer you're looking for? Browse other questions tagged electrical switch home-automation or ask your own question.