What is the best position to put my Air Conditioner?

I have a problem. I have no idea where I should put the air conditioner to maximize it's effect. Here's a floor plan: 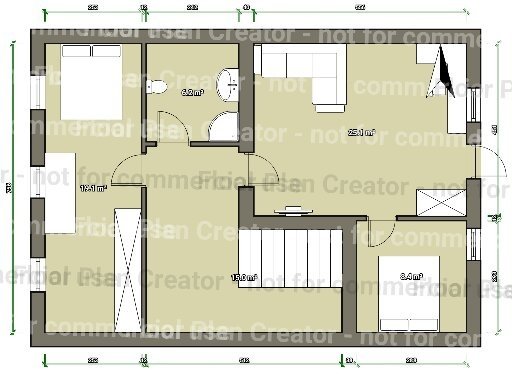 I'd love if the AC could cool down the whole floor, but that's not going to be possible because there isn't gonna be enough air flow (I think). What's a good position to put it into?

This question is primarily opinion-based, since the answer depends on what makes you most comfortable.

As a person never short on opinions, I suggest this: 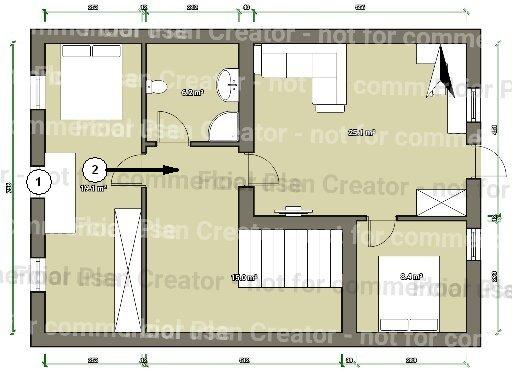 Put the AC in the window at (1) and leave the doors to the master bedroom and the kitchen open. Purchase an inexpensive pedestal fan like this:

and place it at (2) blowing in the direction of the arrow. Adjust the pedestal to its minimum height so the fan blows mostly through the lower half of the open door.

At night or on cool days turn off the fan and close the door.

Where I live, in the late summer it remains too hot at night to sleep comfortably. Hence I would put the AC in the bedroom.

Not the answer you're looking for? Browse other questions tagged air-conditioning or ask your own question.

3
Apartment cooling with fans
1
How to efficiently circulate air to keep room cool?
1
Is it beneficial to point a fan at the intake of a portable air conditioner?
1
Air Conditioner woes: water pooling in basement, condensation on ducts, frost on outdoor copper pipe
15
Can I run a central air conditioner in the winter?
11
Would this air conditioner setup work?
0
How can I put air conditioning into an apartment that doesn't allow window air conditioners
1
Is the transformer bad on my Central Air Conditioner?