I have an old house with a radiator system, and am needing to take a radiator out. While some of the radiators in my house have nuts on both ends of the radiator, making it easy to remove, this one only has a nut on one end. On the other end is a straight pipe coming out of the radiator, which threads into a 90-degree elbow, and so on.

There's so much paint on the pipe that I can't tell whether the end connecting to the radiator is threaded or whether it's a part of the radiator itself. Thinking it was likely threaded, I tried holding the elbow still while cranking on the pipe, but it wouldn't budge. Before I get out the sawzall or crank more on the pipe, I thought I'd get others' thoughts on what the right way of going about this is.

Is there a way to disconnect the pipe from the radiator? If I used a sawzall, am I ruining a part of the radiator itself? Or could I sawzall it and somehow get the ends of the cut pipe out of the radiator and the elbow, and then replace the pipe w/a better solution that has a nut? I need to be able to re-install the radiator later in the same location. 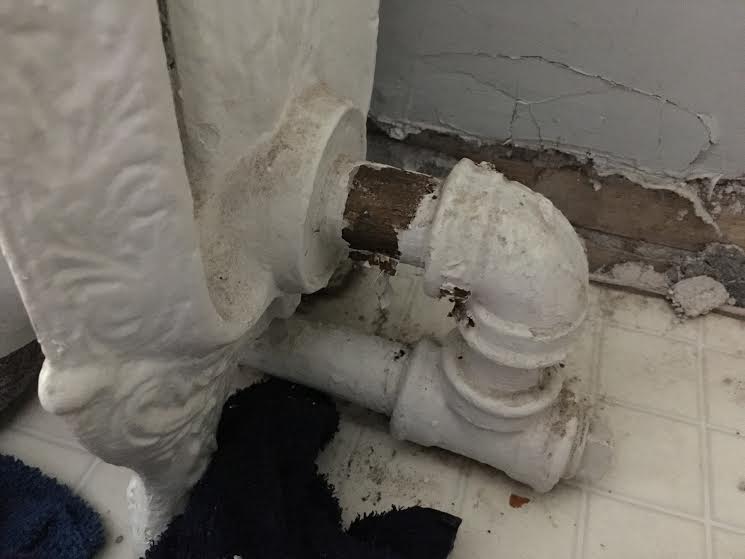 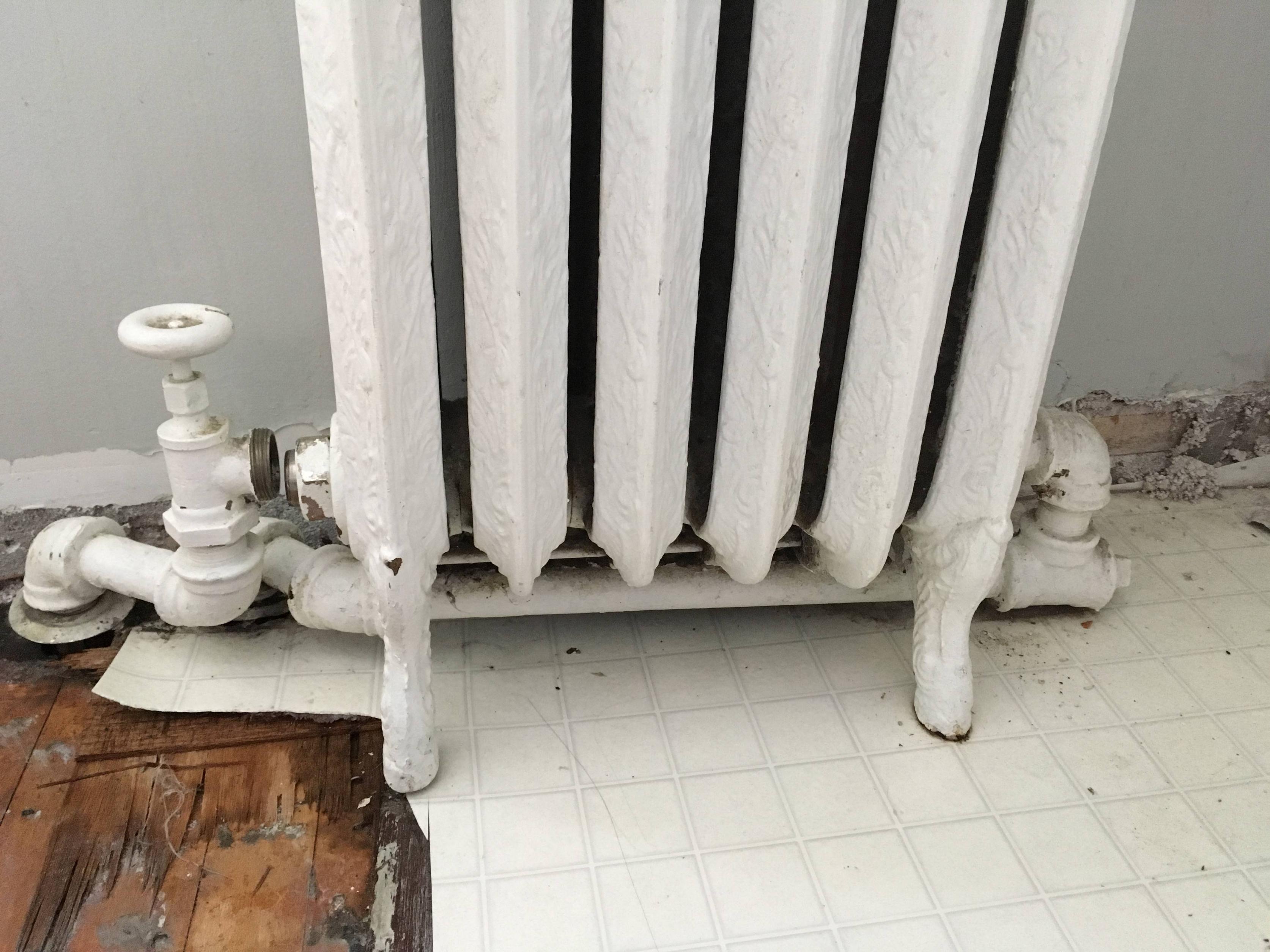 What I would do:

This will leave you with plumbing projecting from the right side a little more than your current hookup, but it's better than pulling everything apart down to the first union on that line which may be, as you say, two floors below.

You may need to separate the elbow from the tee in order to re-assemble the plumbing. If they are too rusted to come apart, consider that buying new ones is not really expensive and is a lot better than gouging your new floor.

Edit: I just realized that you may be able to make the assembly a little shorter by screwing a union directly onto a street elbow. The order of the new parts (left-to-right) will be: new long pipe, tee with cleanout plug, vertical short nipple, new street elbow, new union, horizontal short nipple, radiator.

"I'm not a plumber, nor a plumber's son..." but having watched them working with threaded pipe the trick seems to be finding the places where there is enough freedom for things to become longer (as the threads in both ends back out).

In this case ... lemme check the photo again ... it looks like that coupling piece between the radiator and the L connector might be the easiest thing to unscrew, though that might be riskiest for the radiator itself.

If all else fails: Hire a plumber to disconnect the first radiator; watch him or her and use the same approach for the others. If you can't figure out how to reinstall, you can again essentially hire a plumber to teach you the technique.

And if that fails, just have the pro deal with the pipefitting. But I think you can do this.

Not the answer you're looking for? Browse other questions tagged plumbing heating pipe radiator or ask your own question.

3
Hissing vent on a steam heating pipe
0
What could be causing a leaky p trap under my bathroom sink?
2
How to remove radiator pipe and value?
1
Leak between plastic elbow joint and copper pipe
1
Is this Radiator handle/valve a replaceable part? Do I need to drain the system first?
0
shut-off valve problem
0
How to join steel pipe for decorative purposes
2
Rapid loud tapping in wall adjacent to radiator- when tenant above adjusts
1
Is 68F too low for hot water heating thermostat? Final radiators not getting heat
0
Gas combi boiler removing radiator