I want to install a digital lock on my front door. It is surface mounted and its latch-catch is attached to the jambs by just 2 screws. 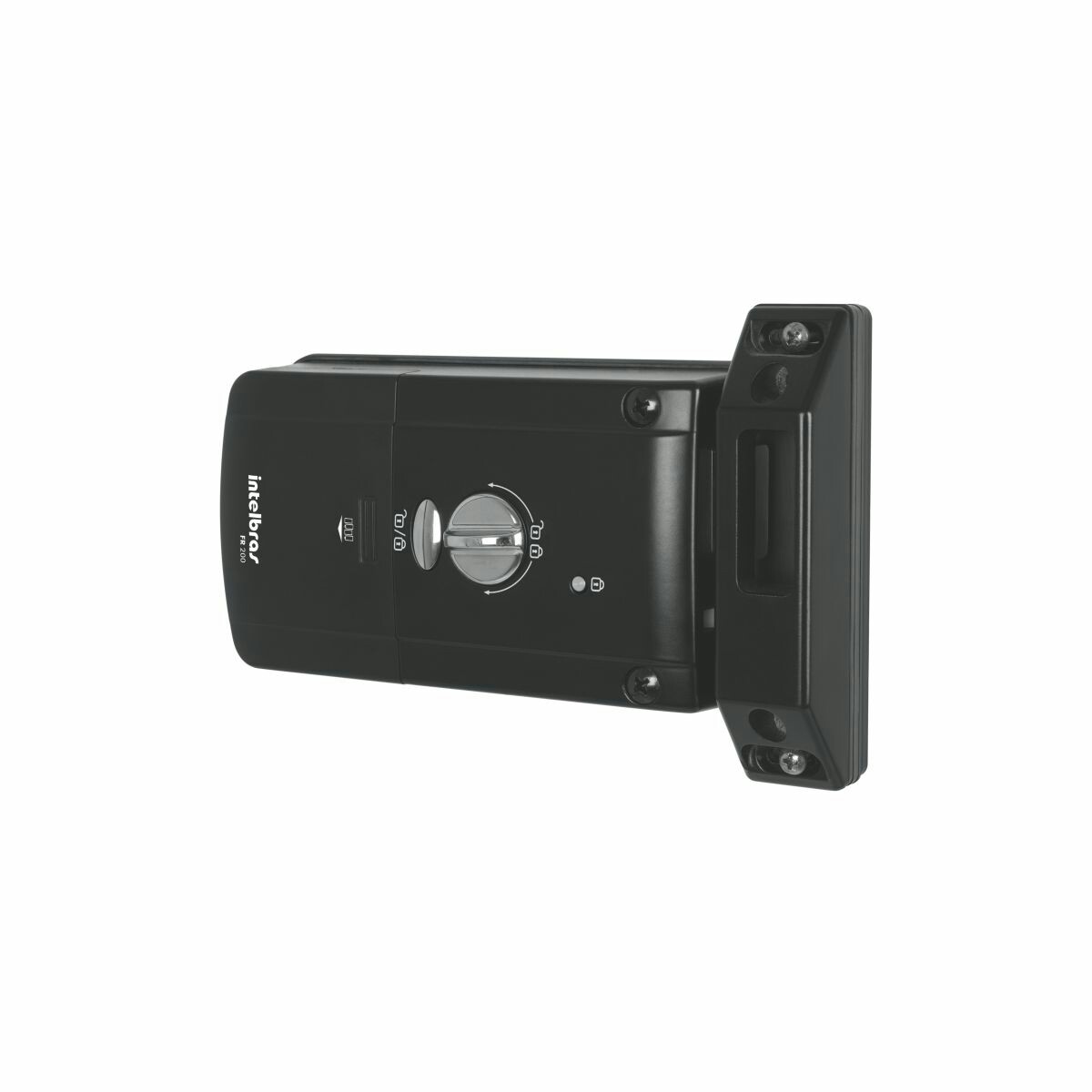 My house is in a gated community, so o don't expect anyone kicking the door anytime soon, but I'm afraid that just the regular opening and closing and checking if the door is locked might loosen the screws or even end up damaging the whole catch.

In security the principle of weakest link applies. It's not possible to tell if the surface mounting alone will be the point of failure in your setup. The material of the door, the frame, hinges and the part which is most often overlooked: how well is the frame mounted to the wall pay equal role in providing security.

There is nothing inherently wrong in surface mounted lock - if the door is tough enough to withstand the localized stress. But if the door is weak, installing the full-width bar serves little purpose as well - it would be enough to break half of the door and crawl under the reinforcement.

I don't know what type of lock are you used to. If you're comparing surface-mounted lock with a one mounted inside the door (like knob tongue), then surface is massively more secure. Mounting a lock on the inside means removing portion of the door in the place where breaching force will be applied, while surface mounted one has full thickness to hold on to. Same goes with catch. Here where I live (Poland), surface mounted locks became dominant about 20 years ago for this very reason. Also keep in mind that adding more locks means drilling more holes, so at some point extra locks actually make the door weaker instead of stronger. If you have door with integrated locking mechanism, consider changing one of existing locks to an electronic one rather than adding extra.

You should not be concerned about regular opening and closing, pulling the locked door, etc. Properly tightened screws will not spontaneously loosen themselves. Using a proper threadlocker can also help (if and only if lock and door manual allows using threadlocker.) Which leads us to the most important part: manuals. Types of locks allowed for the door and types of doors allowed for the lock should be all explained there.

If by "unsafe" you meant that the catch can be overcome fairly easily with blunt force, then yes, this is unsafe. Nothing short of high-security hardware, properly installed, is "safe" in my book.

From what little you have shown us, I'll fault it for inadequate attachment to door frame, and possibly to door.

There are reasonably strong surface-mount ("rim") locksets. The Seagal-style vertical deadbolt design is something of a classical in that space; a non-junk lock, installed properly with hardened screws thru frame and into actual wall joists, can be as mechanically strong as a hinge. However, many customers consider those ugly.

Not the answer you're looking for? Browse other questions tagged doors lock front-door or ask your own question.

6
How can I keep a door closed without a damper?
1
How can I remove a key that is stuck in a lock?
2
Lock type for a door on a large box
1
Adjusting deadlatch so it doesn't fall into strike pocket
0
Ensure that a closed door is a completely locked door?
1
Back door suddenly won't close
0
How to fix deadbolt lever that doesn't lock or unlock the deadbolt
12
"key will unlock the door" vs "key will *open* the door, but not unlock"
1
What should I use to smooth out and finish gap in trim for deadbolt lock latch?