I'm trying to wire a new Legrand Adorne Softap dimmer without any luck. It's replacing a Legrand Adorne paddle dimmer which uses the HOT and 1-POLE connections on the back of the dimmer. The new dimmer requires an additional neutral wire to be connected to WHITE on the dimmer.

This is in a 5-gang box with a few other switches. From the feed coming into the box from the light, there is a black, white and ground. On the old dimmer, black from the feed was going to 1-POLE, while another black wire was connected to HOT which is pigtailed to a red wire from another feed. The white wire from the feed is connected to 3 other white wires in the box and capped off.

I attempted to move the wiring as it was to the new dimmer, and take the white wire from the feed and connect it to WHITE on the dimmer. After snapping it into the frame, I can't get it to come on at all. Does it sounds like this dimmer won't work because I don't have 3 wires from the feed itself? Thanks.

Switches from left to right: 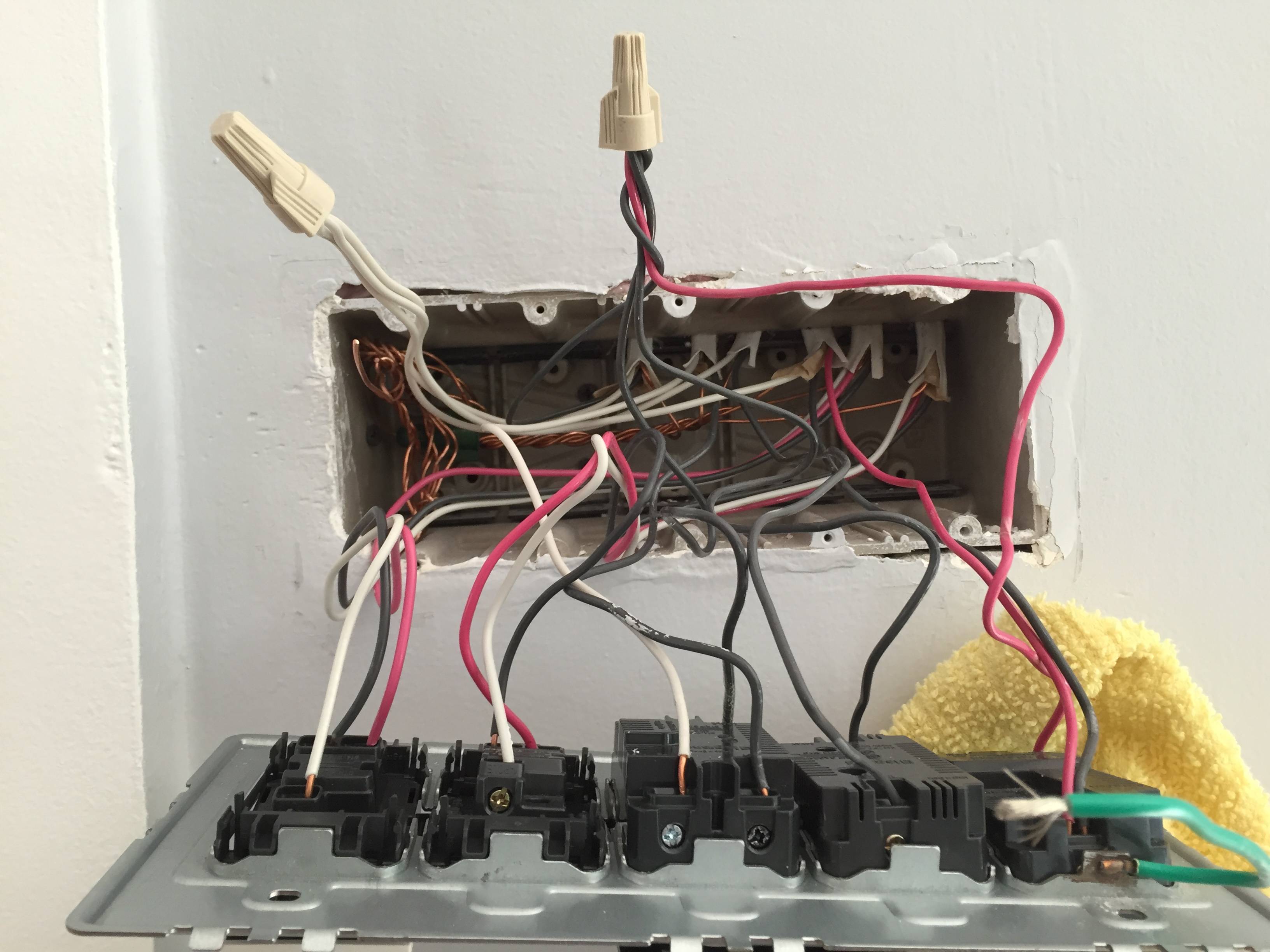 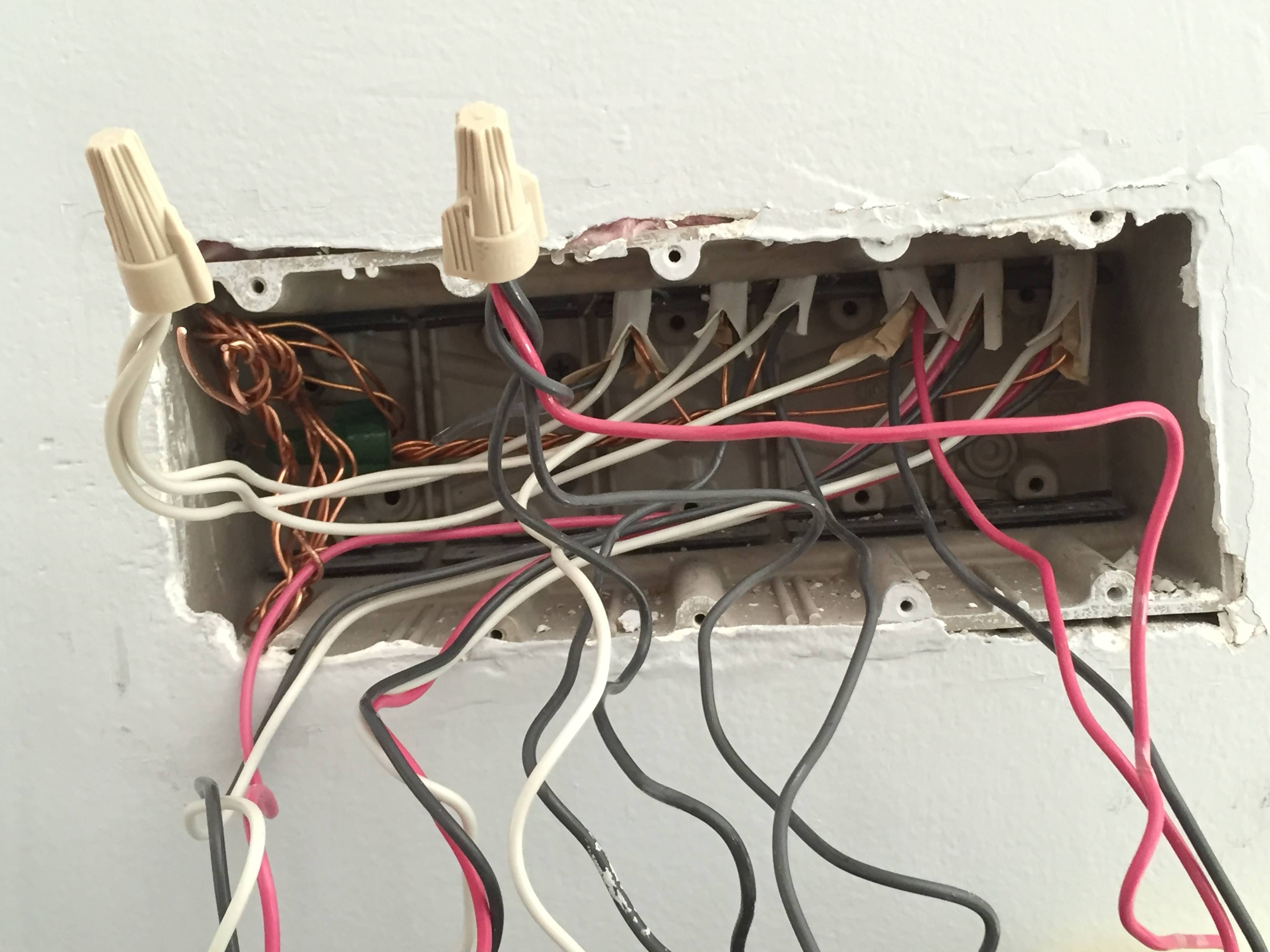 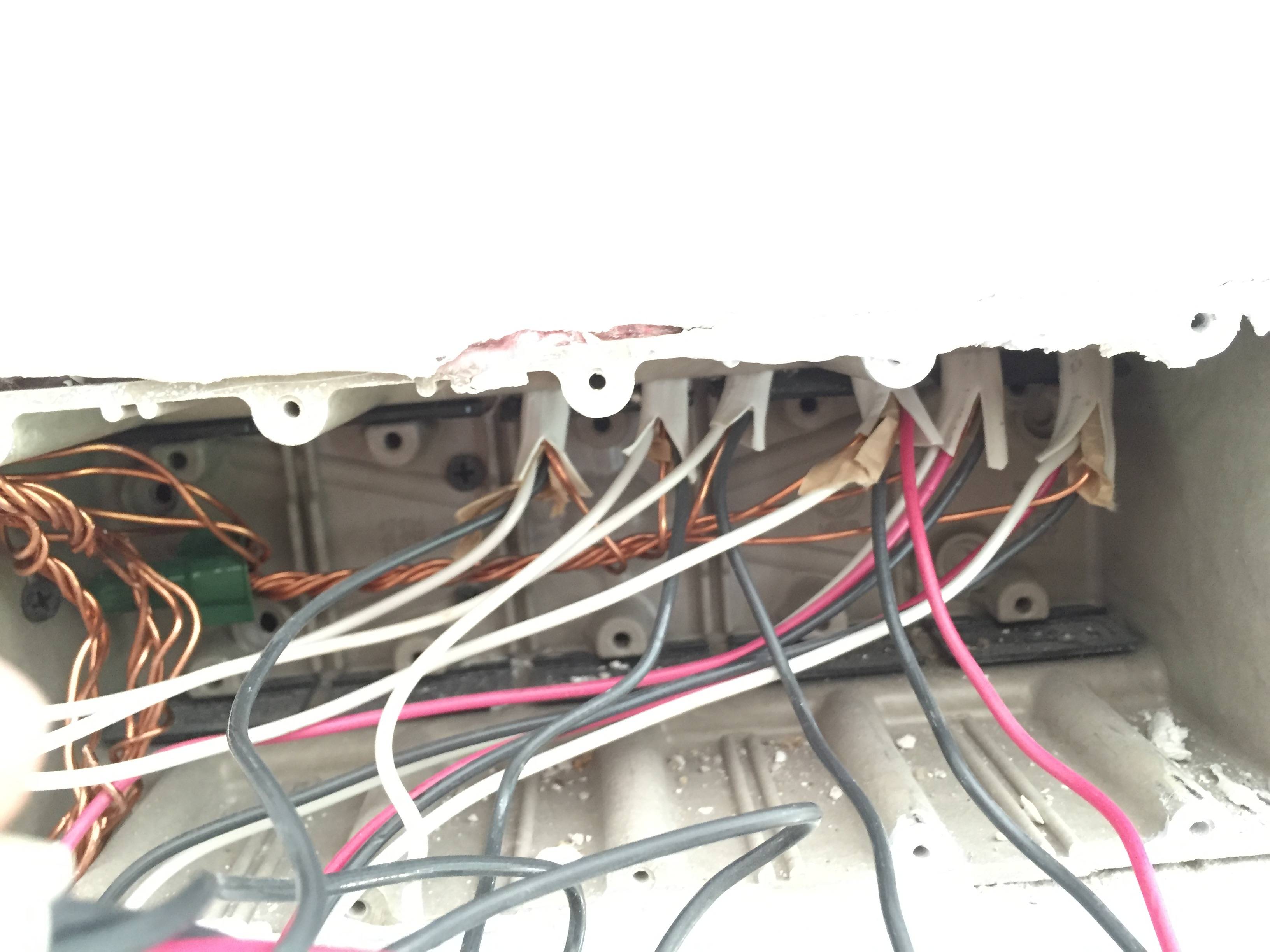 Your problem is that the white wire that is connected to the new dimmer never actually connects to neutral -- it simply connects to the load. You'll need a white pigtail and a new wirenut to fix this.

Smartswitch neutrals do not work that way

What happened is, when you installed the smart switch, you accurately figured out which of the wires was the lamp's neutral... Then you pulled that out of the neutral bundle fed from the panel, and moved it to the smart switch's neutral.

I'm sure that made sense in the "how else could it possibly hook up" way. Actually that kit did not provide a critical part: a neutral pigtail from the switch to the bundle. Most people don't have spare wire lying around of the correct type.

The right way is to leave all the lamp neutrals in the neutral bundle, and also add the smartswitch neutral to that bundle. You'll need an extra bit of wire for that. #12 Solid THHN will do the trick, or white wire pulled out of Romex. Don't use any random automotive or electronics wire.