Water dripping out of small pvc pipe in soffit of house

Yesterday was an extremely hot day here in SoCal with temperatures around 100F. The AC unit had been turned off during the daytime and at nighttime we turned it on to cool down the house.

A few hours later I noticed water dripping down from the soffit right above the upstairs bedroom window on the front side of the house (two story apartment). I don't remember seeing that happen before so I took a closer look and pointed a flashlight at the window where the water was coming from. I noticed a little pvc pipe sticking out of the soffit and that's where the water was dripping out of.

I did some Googling and found some info saying that it could be the secondary or emergency drain of the AC unit, which is where the condensed water goes to when the main drain is clogged. It also said that it's usually in an obvious location so you notice when there's something wrong. I also saw some contrary info saying that it's normal for small amounts of water to come out but that seems to be quite subjective to me.

I turned off the AC after finding out about this, because I don't want any water damage inside of the house. This morning I turned it back on to see if more water will come out, but so far no water.

The actual AC unit is outside on the other side of the house in the back patio.

I've made an appointment with an HVAC company to check this out, but because of the heatwave HVAC companies are completely booked up and I'm going to have to wait for two weeks.

I'm posting here because I would like to find out if anyone can confirm that this is indeed the emergency drain and if it's still safe to use the AC without risking water damage. Could the dripping be caused by the extreme temperatures yesterday while the AC unit had been turned off during the daytime?

Two weeks with no AC is a long time with temperatures like this, so hopefully someone can give me some insight.

This is an image of the pvc pipe: 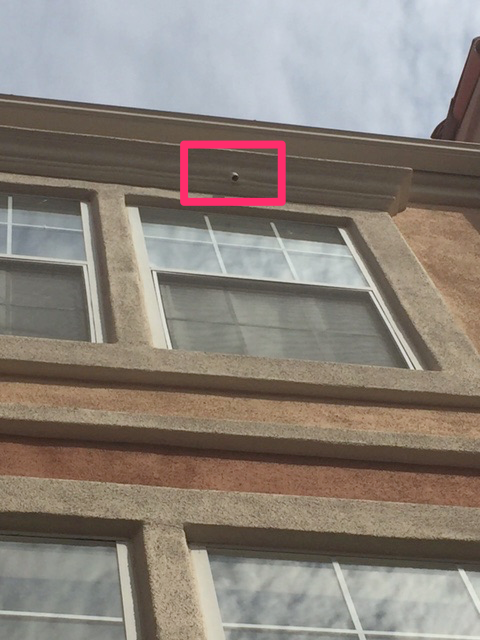 Without inspecting the system, it's impossible to say for sure what's going on. If you can follow the pipe back to the air handler, you could confirm that it's the secondary drain. You may also be able to determine if the main line is clogged, and possibly fix it.

If you go poking around, you could post some photos here, and somebody might be able to offer more help.

From the looks of the pipe, it doesn't look like it would cause any water damage. But I can't see if it's dripping on anything important.

4
What are these two pipes coming out of the house?
7
Why did an HVAC installer add this PVC pipe?
1
Air Conditioner woes: water pooling in basement, condensation on ducts, frost on outdoor copper pipe
1
A/C Unit Has Leaking, Has Ice Buildup
3
A/C Air Handler Leaking Water Everywhere
1
Are my outside HVAC units and condensation drain PVC pipes set up correctly?
1
HVAC turning off below 30 degrees
1
HVAC drip line sweats during heavy AC use in summer
0
Dripping sound emanating from interior wall space