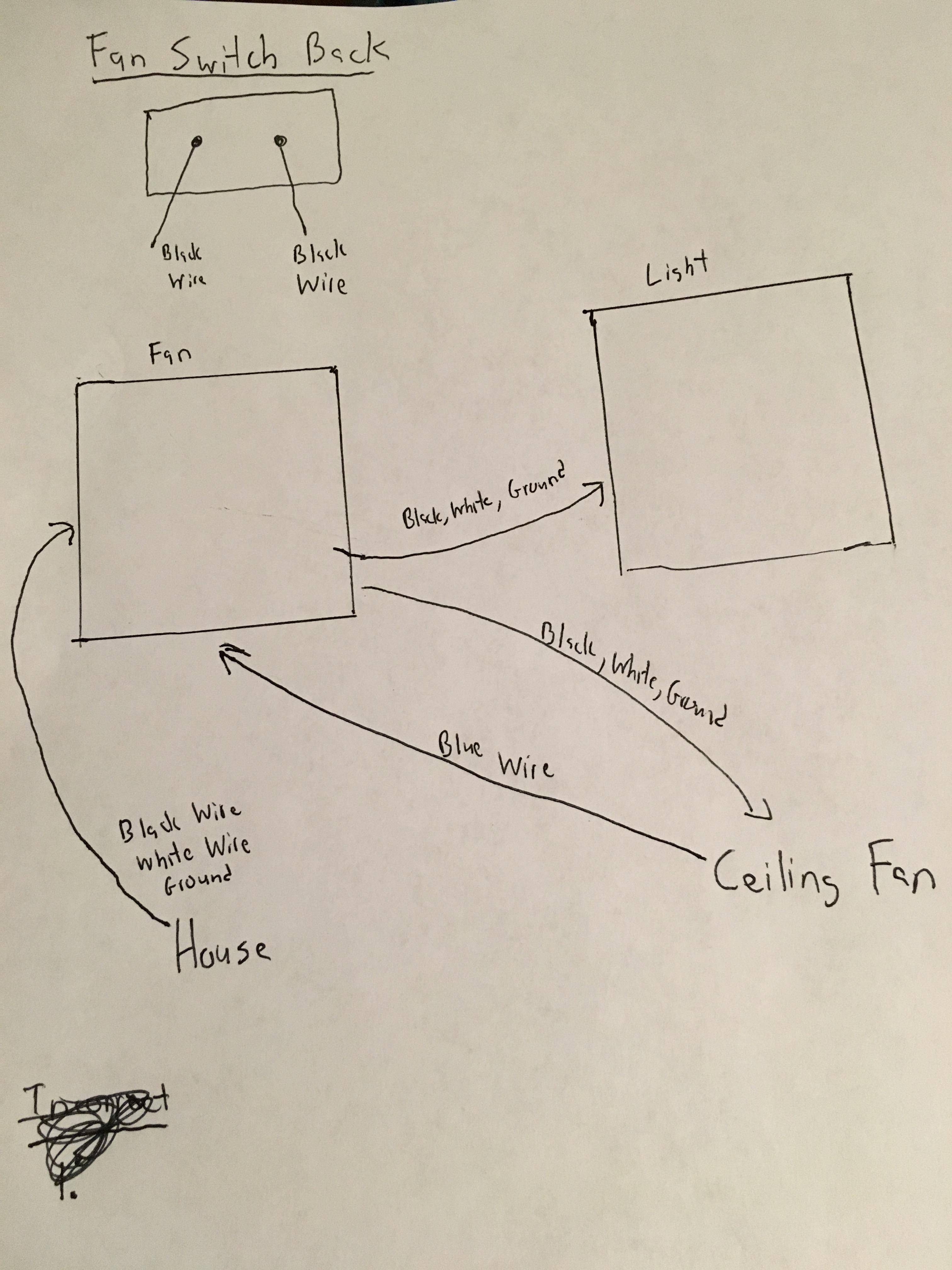 To correct and make fans switch work properly, shouldn't the black Fan wire from #1 been swapped with Black Light wire from #2?

Last but not least -- I suspect the Blue (probably actually red, but w/e) wire to the fan and the White wire to the fan were swapped at the fan from your description -- the behavior in your description would have the fan running all the time with both switches controlling the light. You'll want to fix that while you're changing the wiring in the fan switch box -- the best way to do so is to go into the fan box and switch the blue and white wires if white isn't to white and red or whatever isn't hooked up to blue.