I have a fan oven at home that's only a few years old. About six months ago it started intermittently emitting a horrific sound, that I was able to trace to the fan at the back of the oven scraping against the heating element that surrounds it.

Closer inspection suggested that the heating element had warped, so I bought a replacement online and fitted it.

So far so good, until a few weeks ago when the same sound started. Same problem, but this time I'm just not able to get the heating element into a sensible position.

The photo below shows (with a panel removed) where the heating element is scraping against the fan (Note that this photo was taken after I had fitted the new element, and all was well). 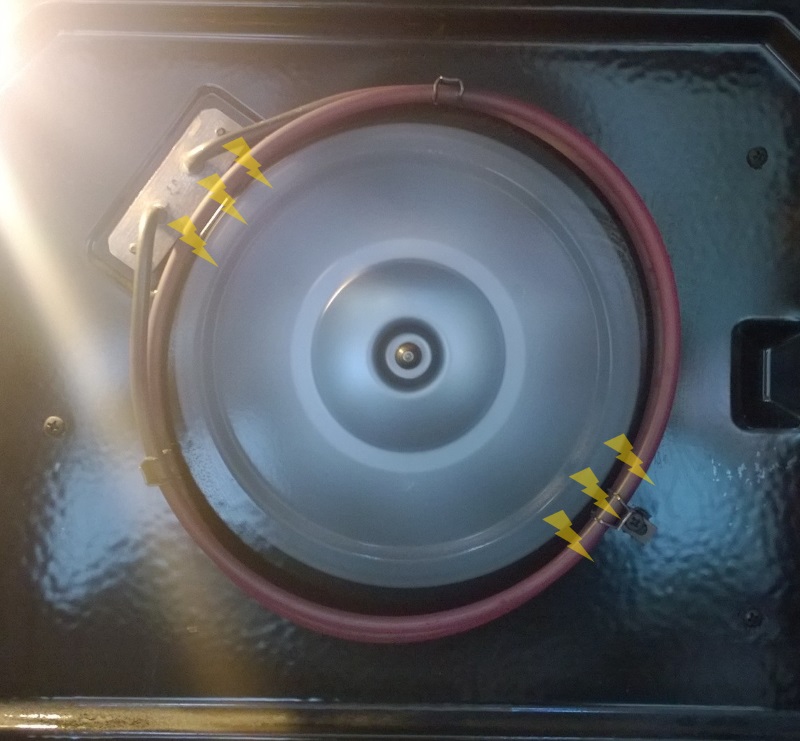 The small screw in the bottom-right corner allows for (limited) adjustment of the shape of the heating element. 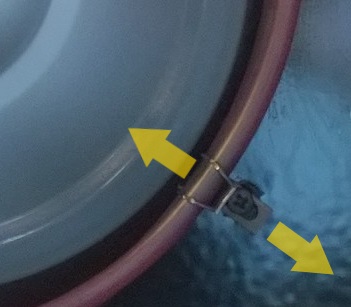 And there are three clips that hold the two windings of the heating element in position with respect to one another (one of which also has the adjustment screw mentioned above attached). 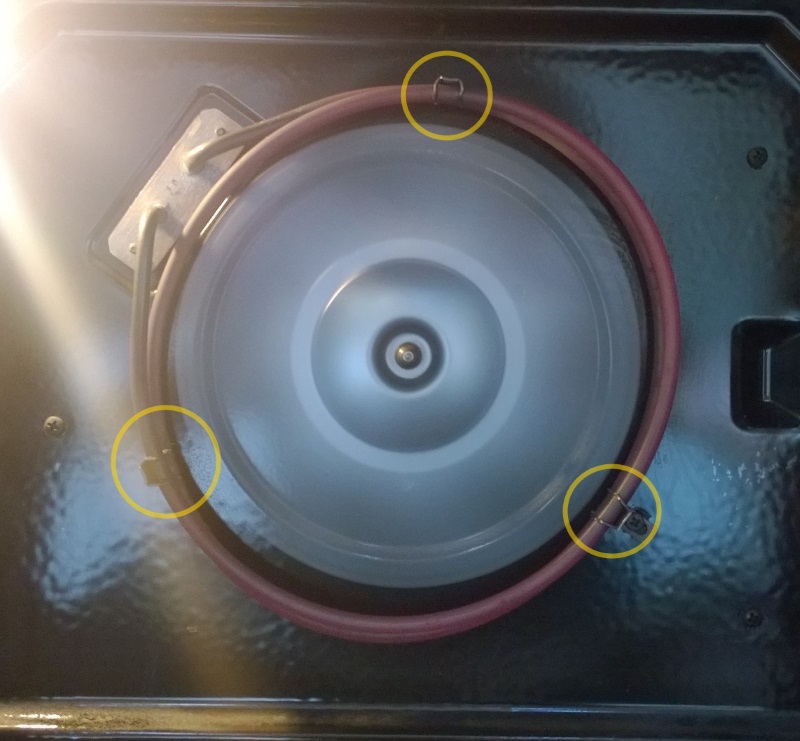 The heating element is attached to the back of the oven by the flat silver plate in the top-left corner, and there's no scope for adjustment there.

Can anyone suggest what is going on here? How roughly can I attempt to manoeuvre the element into position before I damage it? 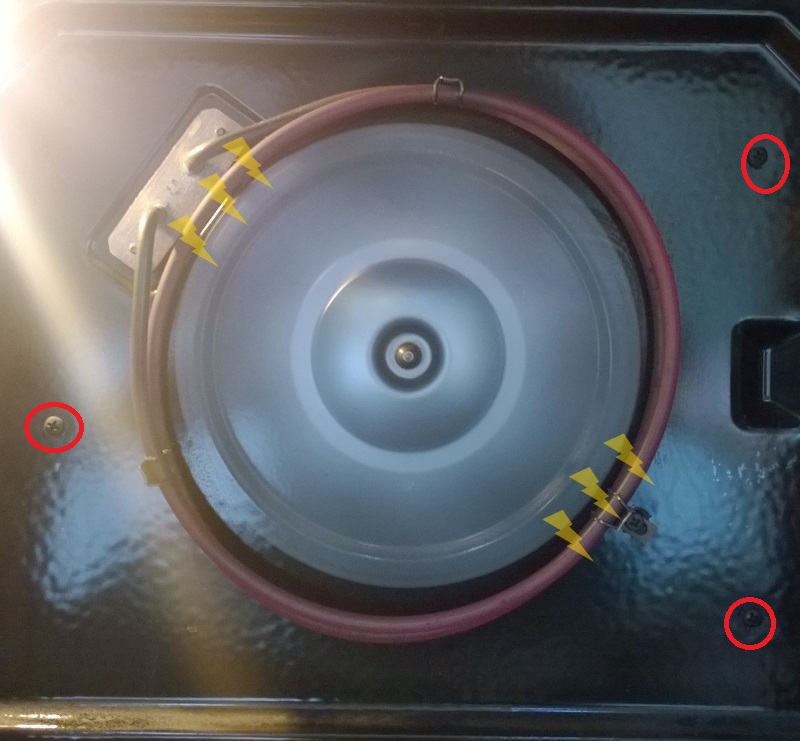 Edit- If the fan is not the problem (and the warranty is expired) then I would order a couple more of those retaining clips. If the clips don't come with screws, then you could probably use high temperature screws (like for stoves).

Edit2- Manuvering the element while is it hot and pliable would be the best way to avoid cracking it. Generally speaking, this is kinda dangerous; if you do this you should be prepared. Have a friend ready to call for an ambulence. Of course you should wear gloves. And if you don't get hurt, you might still need to order a new element.

But (that being said) you could try heating it up and manipulating it with a couple pairs of pliers or channel locks. After repositioning the element and allowing it to cool off, you would then intall the extra clips.

Edit 3 if the price for the element is cheap, then I would get another element rather than try to fix the old one... or if you tell them it warped after a couple weeks, they might give you a new one or some kind of discount.

In the end we got a local cooker repair person out to help solve this problem. He fitted a new heater element, and also trimmed about 3mm from the tips of the fan blades.

Unless they cut of the EXACT same weight of metal from each blade then it will be unbalanced now and the fan bearing will eventually let go. I really can't believe a repairer did that, lol.

4
Replacing gas oven with electric
2
Primer scraping off
2
Should the entire element on my burner on top of electric stove turn red when turned on?
3
Is an oven heating element polarized?
0
What effect does the number of coil turns on an electric stove heating element have?
1
Connecting an oven
0
Miele Speed Oven Installation
0
Heating element in oven not working - can I still use it?
2
Does OTR Microwave need to be flush against upper cabinet?
4
Microwave door interlock switch keeps failing