Why is this switch box wired like a 3-way when there's no other switch? 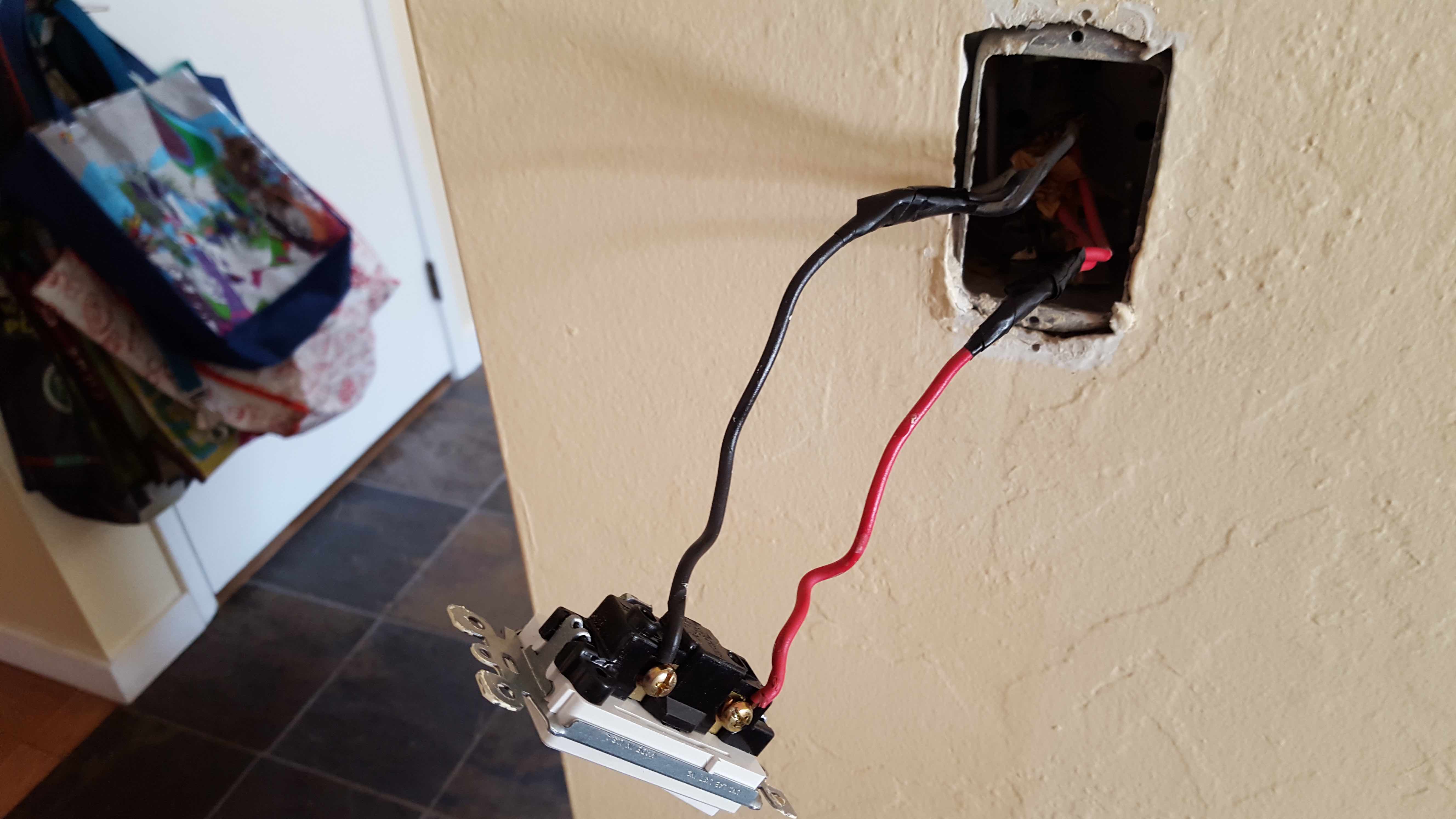 My big picture task is to take off switch control for outlet and replace switch with a dimmer for new recessed lighting (pulling power somewhere from circuit).

My confusion is that there is no other switch controlling the outlet or any other light/fan to be found. Yet again, the outlet only has a 12/2 coming in so I must be missing a junction somewhere.

NOTE: 2 PIGTAILED WHITE WIRES IN BACK OF BOX

Your switch only has 2 wires going to it. The black is most likely the hot and the red is the switched hot.this is not unusual. The box looks to be metal so it is probably acting as the ground through the conduit. I am not sure why you think it is a 3 way.

On first hand, it seems like the receptacle is missing its neutral and ground wires. Usually, the neutral splice you see in the junction box would be connected to the neutral of the recepctacle, but unless you know for sure that the circuit is not tricked out or not up to code, you should have an electrician check it out. Make sure he checks it out for real, not just plug in your missing neutral and call it a day.

Your receptacle has the little metal tab across the two live connections broken off, meaning that the two receptacles can be powered from separate wires. There are two common reasons for this:

It is not unusual to have 15A receptacles connected to 20A circuits, unless there is only a single outlet in the circuit. The most common rationale is that a 5A difference is not enough to be a risk to the device (where most devices that can fail in a dangerous way if the device pulls more than 15A but less than 20A have to rely on something other than the breaker to be rated as safe) and almost, if not all 15A receptacles from reputable manufacturers are made to the same standards and tests as 20A receptacles.

This setup doesn't make sense without finding what the wires connect to. You've got two red and two black wires. Any sane setup would have black as hot and red as switched hot. However, if that is the case, the splice doesn't make sense.

The cable with the incoming hot would have a returning switched hot. Ok. This used to be normal. The neutral was just not extended to your switch.

But the other cable would then have a hot and a switched hot. Without a neutral, it would be useless.

The only way I see it making sense is if the two outlets used to be on two different switches in the same box. So someone ran two extensions from the outlet to a double switch on two cables, each having a hot and a switched hot. And then deciding to combine it in a single switch controlling both outlets.

0
Why is my wiring hooked up like this
0
How to Rewire Powered Switch Controlling Half Hot Switched Outlet to Power Outlet as Always On and Control/Power Recessed Lighting
3
How should I wire a ceiling fan when there's only three wires in the box?
1
How is this 3-way switch circuit wired?
1
Add a light switch to an existing switched outlet?
2
Trying to replace a standard outlet with a GFCI, but found 1 white wire unused and a different white wire used in its place. What am I missing?
0
Circuit is broken when switch is screwed into box, but not outside of box
1
Why is my light switch wired like this?
0
Add recessed lighting to a ceiling fan/light - 2 switches