I Replaced Pressure Relief Valve on Rinnai water heater (twice!!). New one does not hold ANY pressure

I just finished replacing the pressure relief valve on my Rinnai hot water heater. Everything went well, I turned on the cold input and wham, water just started gushing out of the relief valve. All the specs line up on the valves (150 PSI), in fact the new one has a higher BTU/HR rating by a long shot (500,000 old vs 934,000 new).

I have to ask now. Could I have done something wrong during installation? It was all so obvious what to do, teflon tape, screw the valve into the hole, put the drain pipe on the bottom and done.

After inspection of the new valve it appears that the inner gasket had come unseated therefore not letting the valve close. I assumed it was defective, so I exchanged it for a new one, the gasket looked good.

The replacement had a seated gasket, I opened and closed it manually and it seated nicely. I installed, same as before, as soon as I put some water pressure to it, it just started gushing and wouldn't closed. When I removed the 2nd new one, the same thing happened with gasket, it unseated and pinched in the valve.

Now, I know I installed it right, I know it's the "correct" valve, I had them double check in the catalog and specs for our Rinnai: 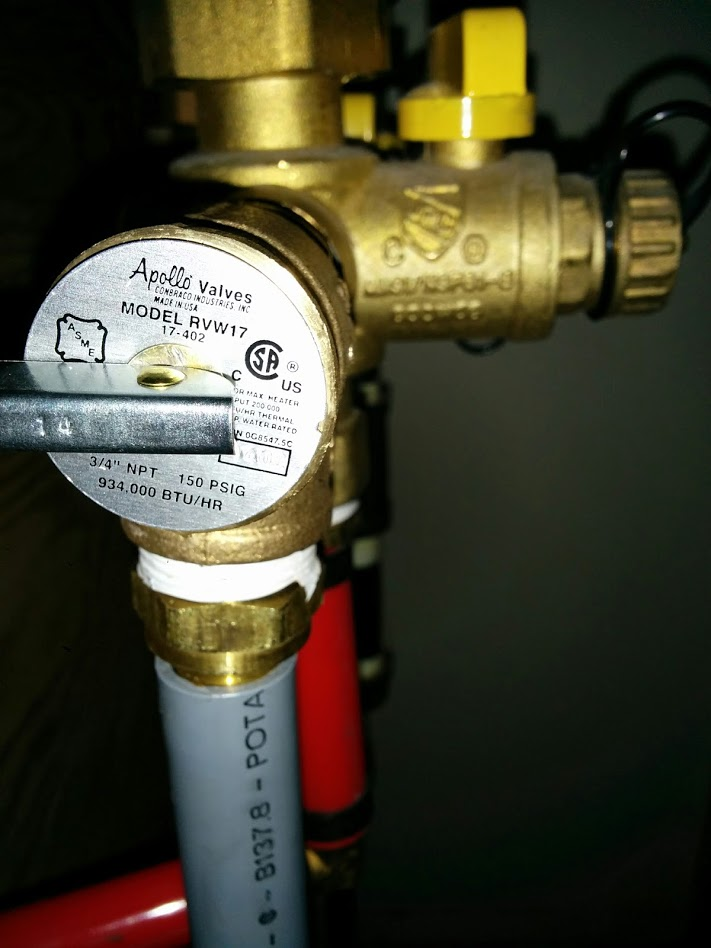 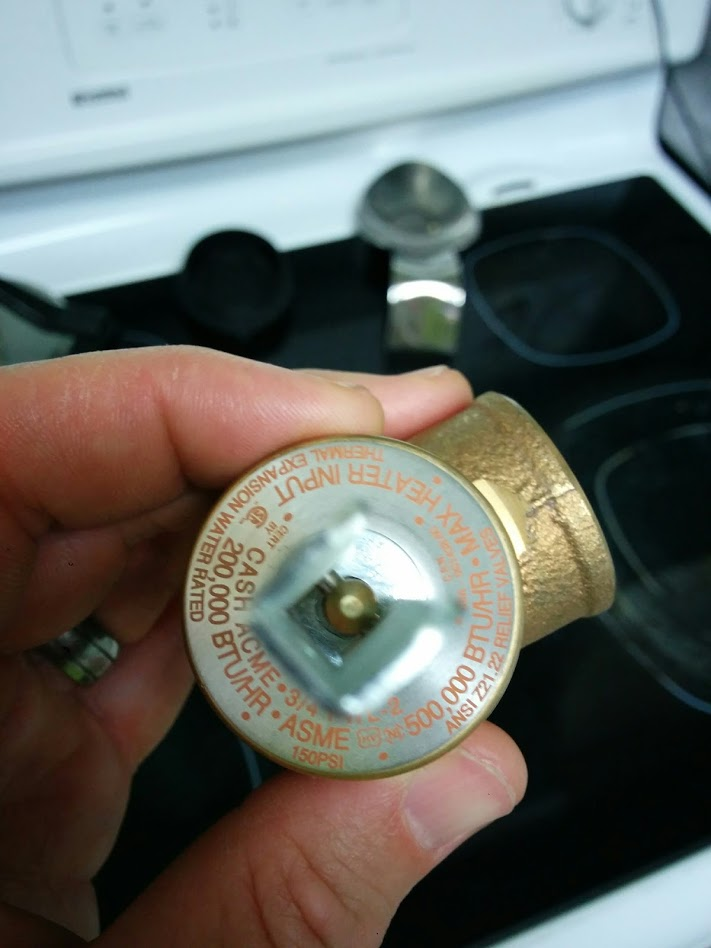 New Valve with defective gasket (on the bottom right inside): 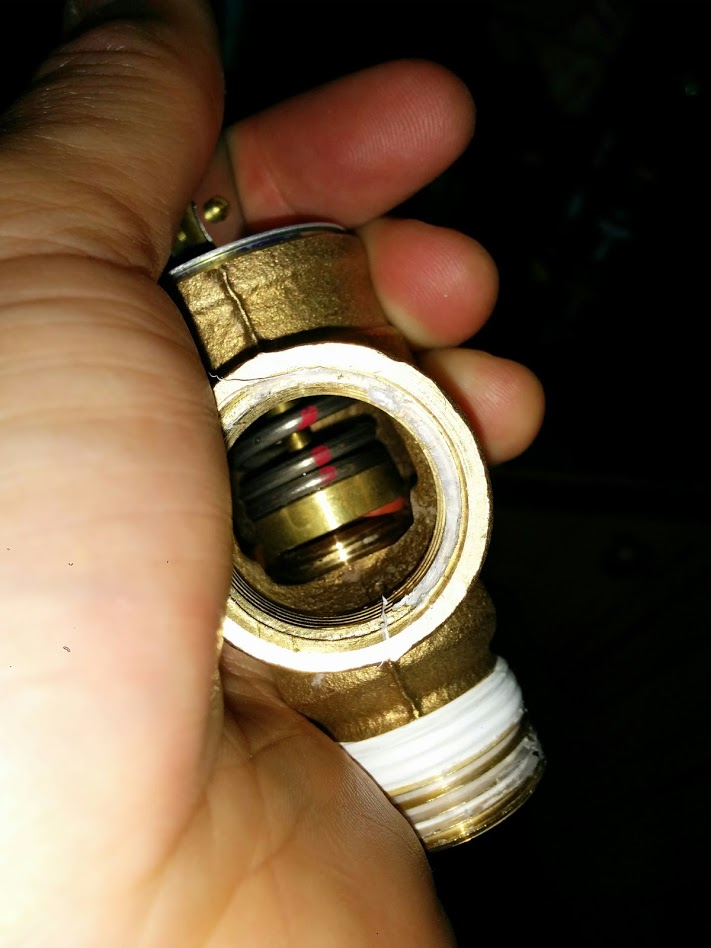 Could the catalog be completely wrong? Could it be possible that 2 valves were defective? It's the only "Pressure Only" valve we could find in town. The rest are all "Temperature and Pressure" with the thermal probe that won't fit in our heater.

Separate question: can you use a T & P valve be removing the probe and have it still work?

The old valve still holds pressure for the most part, it just trickles/drips water out (which is why I'm replacing it)

By any chance had you turned on the water heater BEFORE turning on the cold water supply to it? Because if so, you may have flashed the water to steam instantly, which is what the PRV is there to protect against. The same could have happened if you had not opened a hot water valve somewhere, because the heater would have had trapped air in it and very little water in the chamber, so it again flashed to steam and triggered the valve(s). If on the third try you turned on the water, had a faucet on so that the air flowed out of the heater, THEN turned on the heater, it would have acted normally to heat the water at the designed rate; no flashing to steam, no excess pressure.

I ended up going to a different supply store. I bought a new Temperature and Pressure relief valve (A Watts brand) since they didn't have just the pressure relief valve. I was able to very easily unclip the temperature probe (it was held in by a small little metal clamp.). The new one is also rated for 150psi.

I installed it, turned the water on and voila! It held. No leaks yet, the water heater works nicely.

It makes me wonder, could it be a whole batch of Apollo PRVs were defective?

Not the answer you're looking for? Browse other questions tagged water-heater water-pressure valve tankless or ask your own question.