How can I adjust a door latch so that it engages securely?

My cousin has an external door with a knob lock and a double-deadbolt lock. She prefers not to keep the deadbolt locked. If she goes out through that door, she normally turns the knob, leaving the lock engaged, exits, and pulls the door closed, expecting it to lock as it closes.

The problem is that it is possible to close the door such that it feels fully-closed, but isn't quite closed enough to allow the lock to spring into place, and unless she's taking particular notice, it's not obvious to her that the lock hasn't closed. Then, the door remains unlocked, and a strong enough wind later in the day can cause the door to blow open.

The most obvious solution to this problem is simply to be more vigilant about making sure the door is fully closed and locked every time. However, I am wondering if there's some physical modification that she could make to the door that would make it less likely that a momentary lapse in vigilance would result in the door being non-obviously unlocked.

What modifications could be made to this door either to make it so that it's obvious to even an absent-minded user when it's fully closed and locked and when it isn't, or to ensure that it closes fully every time?

If this can be done with a minor adjustment or modification, that would be greatly preferable to any major equipment or structural changes. 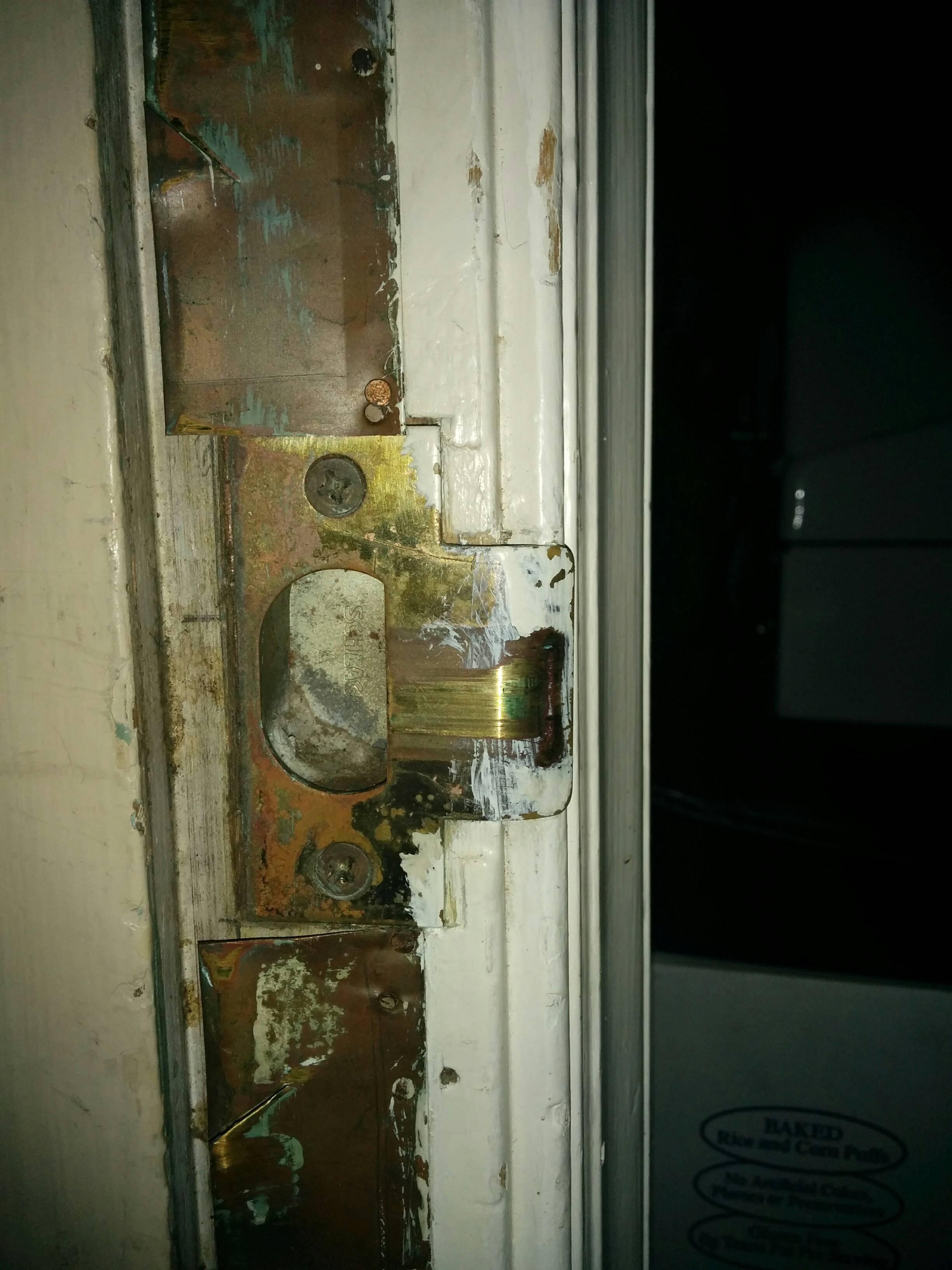 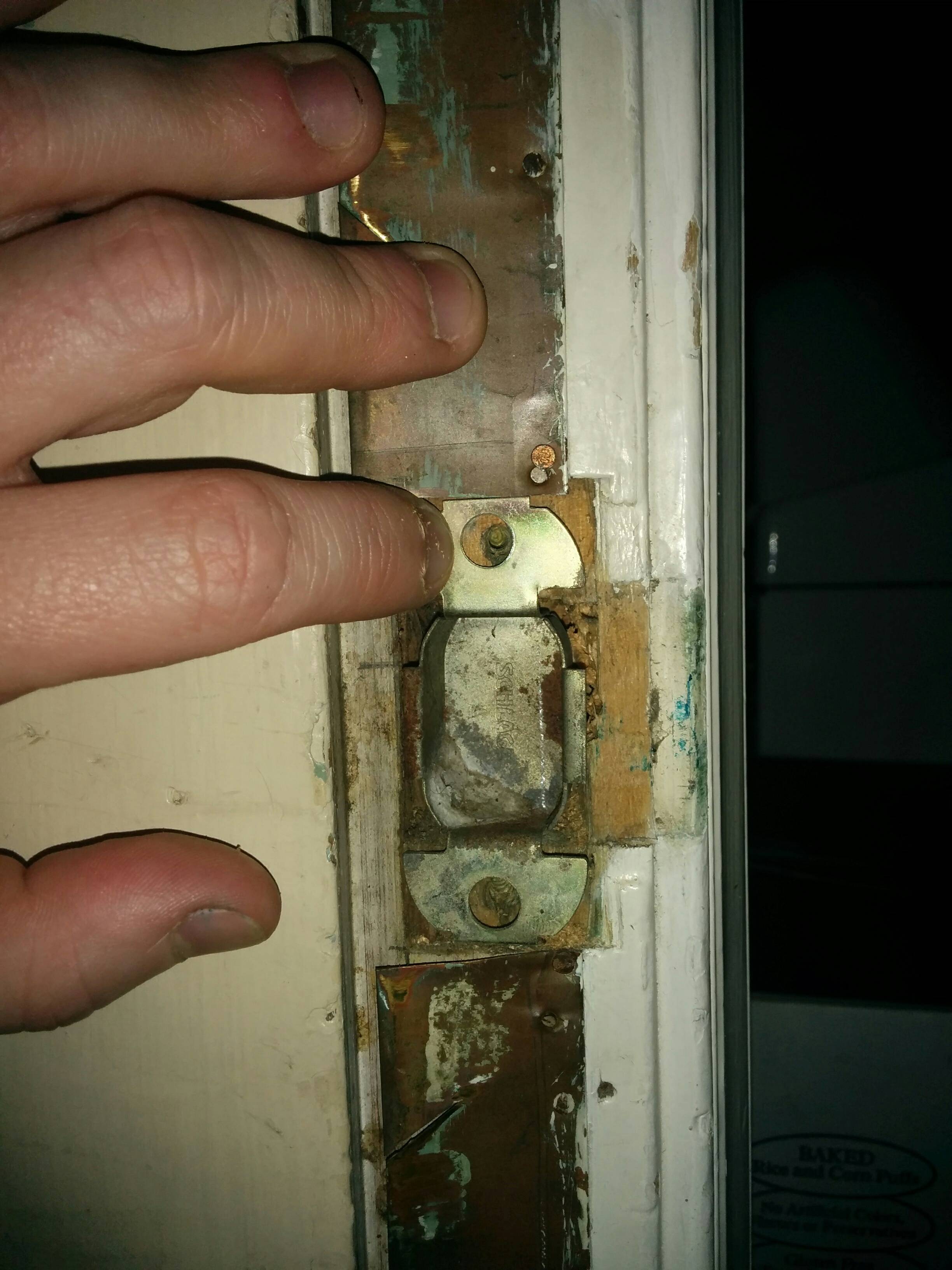 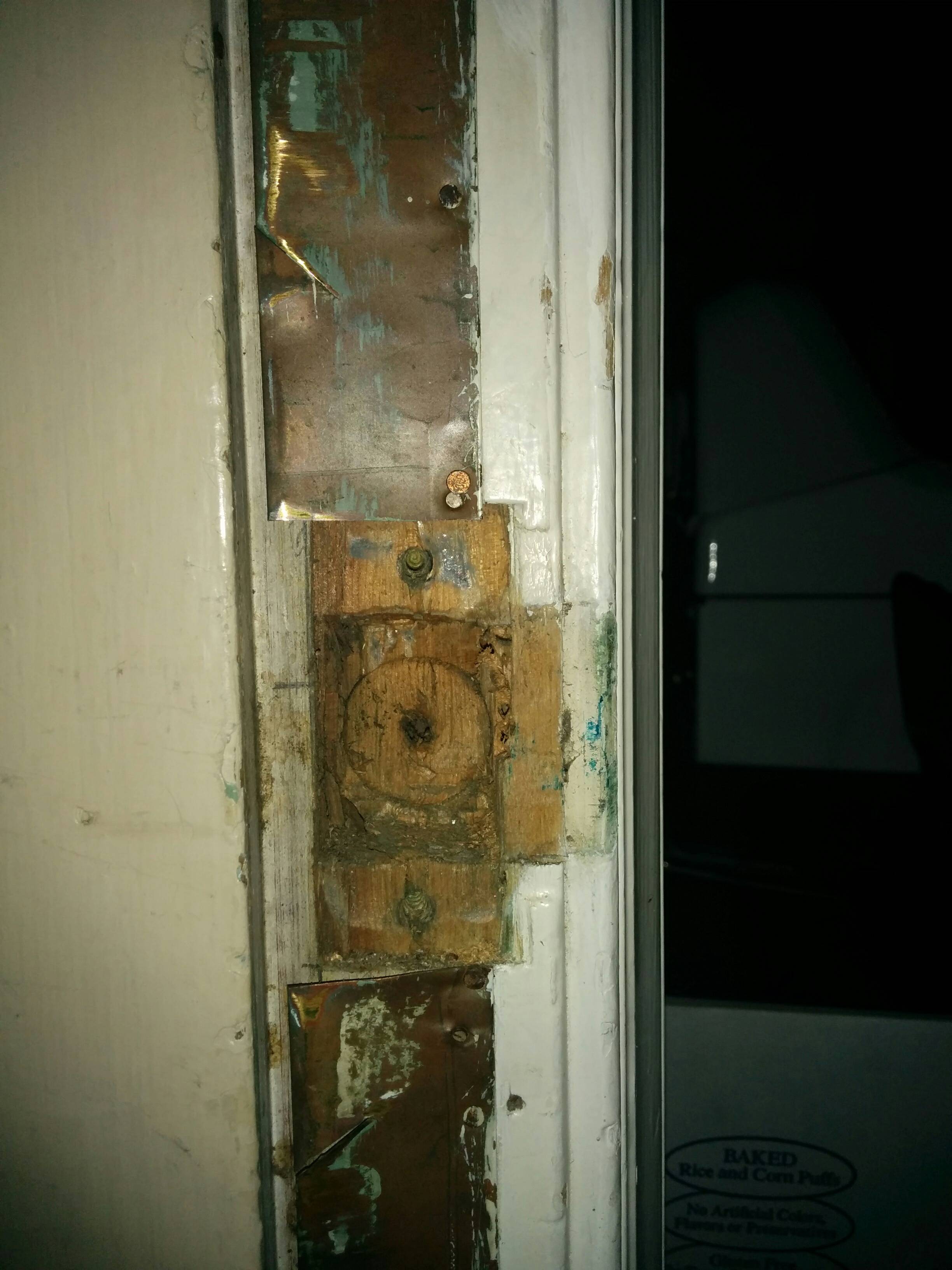 You should check the hinges, and make sure the screws are tight and that the hinges are not worn out. Evidence of a worn out hinge will be that the door hangs at an angle, which is likely to be visible along the top of the shut door. If the door appears to be crooked, or if it wobbles when you lift it, then you should replace the hinges before moving making further adjustments.

In order to move the strikeplate so that the door shuts, you may need to enlarge the hole. Sometimes the adjustment is minor and you might have trouble putting the screws close to, or half-way overlapping previous screw holes. If you have a wooden door jamb, you can plug the old strikeplate's screw holes with a dowel rod. You should make sure the dowel is tight fitting (maybe requiring a light tapping with a hammer); use a drop of wood glue with the dowel so that the repaired screw holes are nice and solid. Let the glue dry before piloting new screw holes.

Here's a how to video about adjusting a door so that it closes.

Edit- based on pictures above here are some more details:

Double check the hinges. If they are okay, then you need to move the strike plate about 1/8" toward 5:00.

Not the answer you're looking for? Browse other questions tagged doors lock security or ask your own question.

4
How can I remove a Mortise Lock and deadbolt from a door?
6
How can I secure a door with a window right next to it?
1
Does the security certification of a lock relates to both bolts?
2
How can I lock a sliding door that doesn't have a door lock?
2
Opposite of double key deadbolt
1
Latch won't retract into my door unless I turn the knob
0
Ensure that a closed door is a completely locked door?
4
How can I open the latch mechanism on a Schlage keyed entry lock without the doorknob?