How can I modify this dryer vent cap to keep lint from getting trapped? 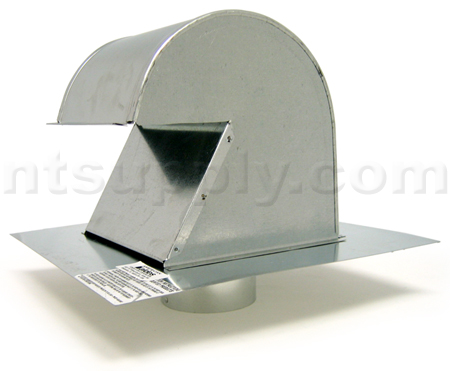 As you can see, there is a gap between the flashing and the cap, presumably to let water out if it gets in. This is installed on a 12-12 pitch roof.

I found out the hard way that it's getting clogged by dryer lint, therefore blocking any water that gets trapped inside. I contacted the retailer and their suggestion was installing an inline lint trap as well. This isn't an ideal solution for me, as my options are to put it in the attic space (where I'll forget to clean it out) or cut an access door in the laundry closet wall and install it where the duct heads towards the roof.

I'm interested in any suggestions to modify the cap itself to decrease the chance of lint getting trapped.

I cannot say I'm a fan of the design of that vent - although looking at your other question, I'm rather surprised that lint is falling down into that gap. Possibly your fan is creating too much pressure, and it's backing up inside the vent at the 180 and thus air is escaping through the pushing some lint down into that gap, where it can get stuck.

If that's the case, then you might try installing a baffle inside the vent to force lint up far enough in the vent so that it has to go out the intended port, but which still allows water out. Like so... 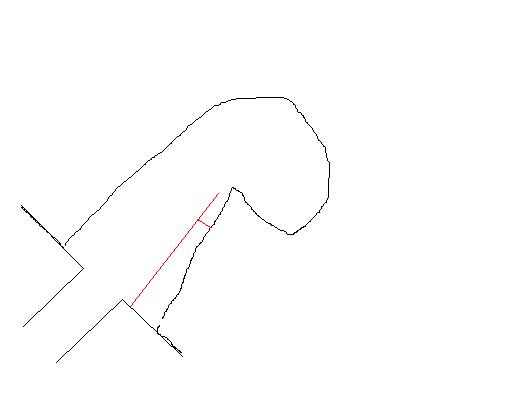 Sorry, the color doesn't show well, but inside I've added a piece of metal running from just below the intake port to nearly the end of the angled portion of the vent, with a brace connecting it to the body to keep it stable. You can't see it but there should be drip holes at the point where the new plate hits the flashing for water drainage.

The idea being, lint flies in and cannot be forced directly down to the gap in question, but water will hit the tray, run back and go through the drip holes.

That or replace it with this 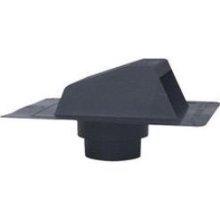 Not the answer you're looking for? Browse other questions tagged roof vent dryer or ask your own question.

7
Why am I finding condensation in my dryer?

6
What kind of vent is pictured here and what are its uses?
8
How can I catch more lint in my dryer?
2
Covering roof vents to keep out roof rats
1
Dryer venting options on second floor with gambrel roof
1
Connecting dryer to dryer vent
8
Dryer venting problem
2
Outside dryer vent clogs with lint
2
How can I prevent water from running behind my gutters and under shingles near a wall?