Do I get away with the wrong screws and holes on a deck if the paint will cover both?

Before sanding and then painting a deck, I've turned the screws a little inside so they will not rip the sandpaper.

Before I ask my questions, let me just mention that I've found it easier to unscrew a little bit and then screw back in, while digging in by a tiny amount. If I try to directly turn in, too often the screw will snap and be stuck. It's then a hassle to remove the top half, and impossible to remove the bottom half. By turning out first, it becomes possible to gain momentum from an old and tired screw to push it as needed. 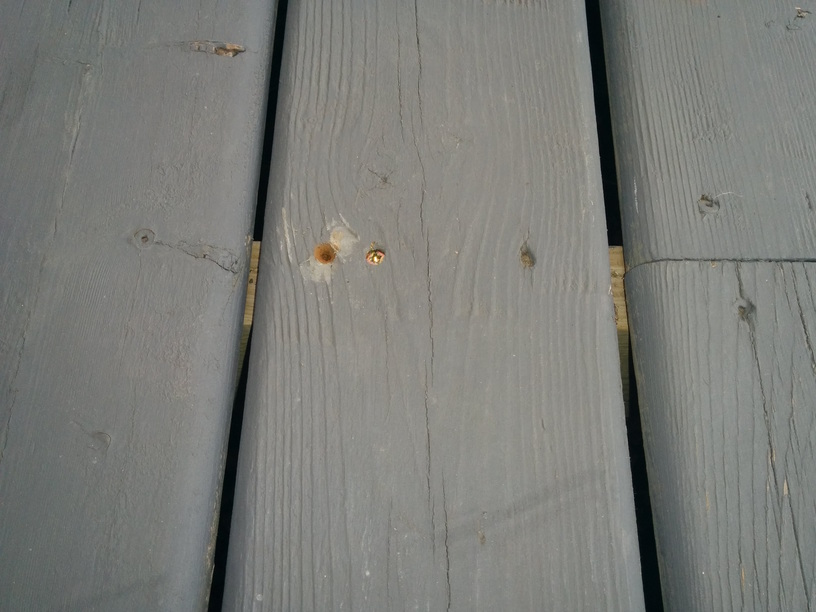 Now to my questions. After putting a good two dozen such "golden colored" screws that are labeled "construction screws" (see picture above), I noticed at the big box store that they sell "black colored" screws for outdoor, and "green tinted" screws labeled specifically for decks.

On the screws that snapped, I just pulled off the top part, and inserted another screw nearby, as you see. My questions are: 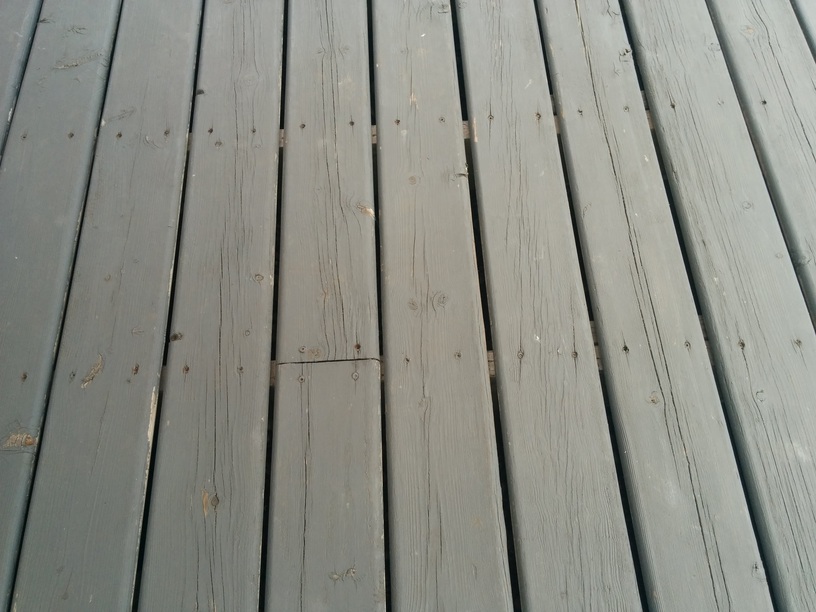 The deck is covered in the summer so it gets little rain (during storms), but it is uncovered during winter and snow sits on it for weeks at a time.

I think a bigger issue than paint sealing moisture out of the screws is whether or not the screws in question are made of a material compatible with your deck framing.

Pressure treated lumber (which your deck is hopefully constructed with) has a tendency to corrode just about anything you put in it, unless the fasteners are stainless steel, or have a ceramic/heavy galvanized coating. Lumber sold after January of '04 (in the USA at least) is especially corrosive, as lumber mills moved to a different preservative.

If your deck was built with lumber sold in '04 or later, which I'm doubtful yours was, it's especially important that you use screws rated for use in pressure treated lumber.

I'd suggest looking at the box these screws came in, and seeing if they're approved for use in PT material. If they aren't approved, I'm very doubtful paint is going to make any difference whatsoever.

Not the answer you're looking for? Browse other questions tagged deck screws or ask your own question.

4
Rebuilding an exterior deck is it better to use screws or nails?
1
Removing counter sunk metal security Torx head screws
2
Paint or Stain a repaired deck
1
Installing pull-up bars. Will this design hold?
2
How much weight can a 3.5" deck screw hold before pulling out?
4
How do I repair decking where my screws have broken?
3
Material on this deck - what, why, and how to cover?
0
Care and maintenance of deck in the garden
0
Proper deck post-beam-post connection