How simple is it to fix this drip?

Now that I have finally opened the water outside after the winter freeze, I'm encountering a drip. 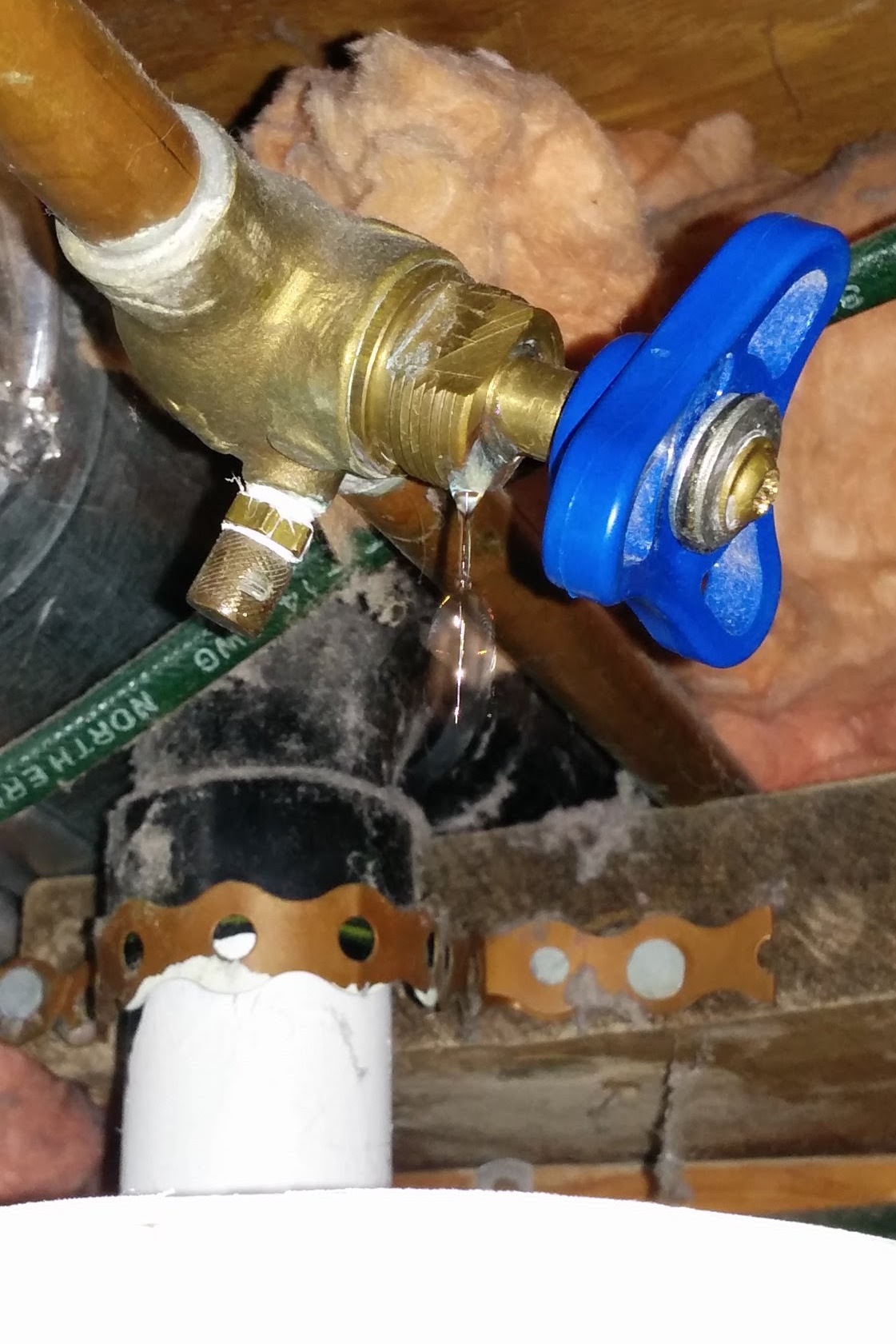 I can foresee three levels, in increasing difficulty, of fixing this problem:

Is there a chance for 1 to be enough?

Is 2 doable, or will I have to replace the entire thing, along with the soldering required?

First off it kind of looks like the packing nut and associated seal that it squeezes against the valve stem is missing. You could look into whether you could locate that part off a replacement valve. The strange washer arrangement on your current valve handle suggests that it may not be the original type for this faucet. It may be that a previous owner tried to replace a broken or missing handle and removed the packing nut (dumb decision) to make it fit. 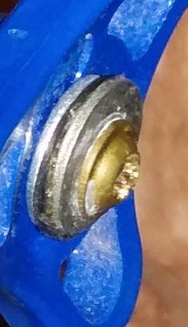 Here is a picture of a valve with the packing nut in place and a diagram that shows the valve parts and operational detail. 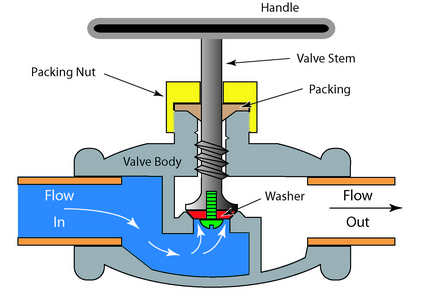 Replacement of the missing packing nut is the best "easy" solution. The idea you had of trying to force in teflon tape is not a workable solution.

If you are able to source an exact replacement valve then you may be able to replace the "heart" of the valve as you call it. That part of the valve is removed by using a wrench on the two flats of that are part of the place where the packing nut is supposed to screw on. The replacement valve would have presumably have a proper packing nut in place. 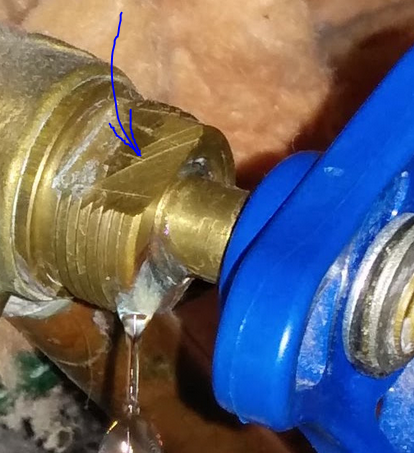 If you are unable to find an replacement valve to steal parts from then you will have to replace the whole valve with a new one. This of course will entail cutting out the existing unit and then prepping, fluxing and soldering in new parts with lead free solder (aka silver solder). If you have to go to that extent I would highly recommend that you replace with a ball valve instead. Make sure it still has the removable bleeder port to permit draining the line in preparation for freezing weather. The one shown below has threaded pipe connections and you would want to get one with the copper pipe solder connections. Ball valves are easier to operate, give an visible on/off indication and are way less prone to leaks like you have. 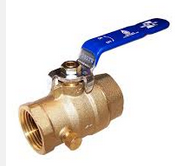 Not the answer you're looking for? Browse other questions tagged plumbing outdoor or ask your own question.

1
Bathroom faucet drip
2
How can I rebuild/repair/replace this garden faucet
3
How do I fix a leaky outdoor faucet?
2
How can I fix this toilet flange?
0
How to fix outdoor faucet drip when indoor shut off is off
4
How can I find a hidden water consumption source? UPDATED
1
How to fix this leaky sink drain?
1
How do I fix my leaky shower pipe?
0
Leaking stop valve
0
How to replace soldered valve with push in connect?