I live in an old house and I am looking to replace a two prong outlet in the kitchen with a GFCI outlet . I already did this for two outlets in my garage. When I removed the outlet, I found 2 wires on each of the four poles for a total of 8 wires. I know that GFCI outlets will not work with shared neutrals. Is installing a GFCI outlet possible? I have pigtailed wires before but I'm not sure how to proceed. Thanks. 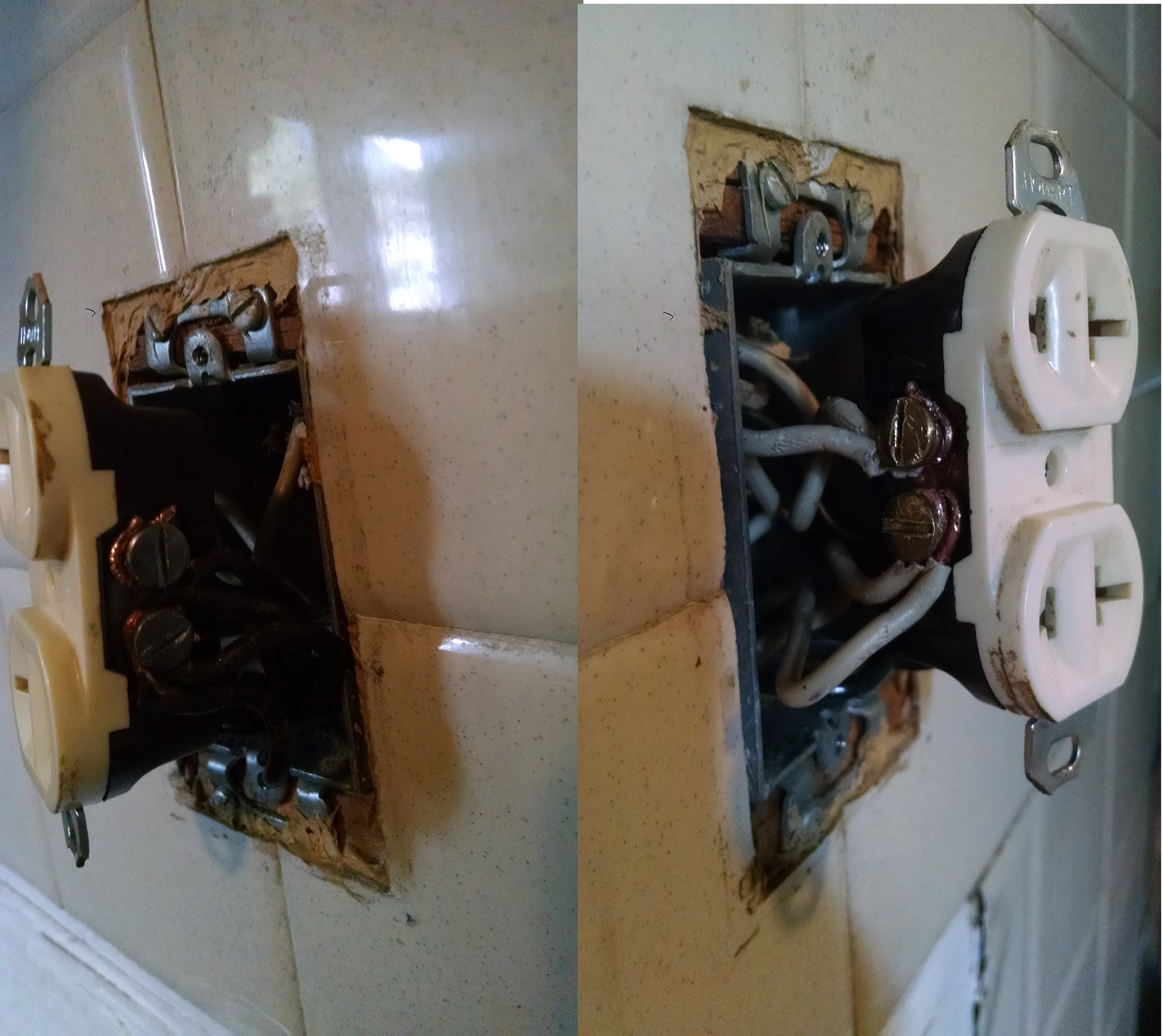 Connect the feeder wires to the LINE terminals on the GFCI. The feeder wires will be one set of black and white, which bring power to box. If there are two sets of feeder wires, you'll have to install two GFCI devices. As GFCI receptacles cannot be used to replace a split receptacle (where the two receptacles are supplied by separate branch circuits).

Take all the load white wires, plus a short length (8" or so) of white wire. Using a twist-on wire connector, bundle them together. Then do the same for the load side black wires.

Connect the load side pigtails to the LOAD terminals on the GFCI device.

Finally, connect all grounding conductors together, including one to the device, and one to the metal box.

Each binding screw terminal should have no more than ONE wire connected to it. Check the manufacturer's installation instructions for the device, to determine how to properly terminate the wires.

However, with that many wires in the box, it's almost certainly over filled. So while you're doing the work, you might want to consider replacing the box with a double gang box. That would give you enough volume for the wires, and allow you to add an additional receptacle.

6
How do I wire a GFCI receptacle using two black wires and two white wires?
2
Continue with Back Wire on GFCI when the wire keeps coming out?
1
Wall outlet discovered to only use one white and one black
1
Installing GFCI outlets in multiwire branch circuit
1
Upgrading apartment: GFCI/AFCI breakers and wires
1
Converting electric receptacle with one hot and two neutral wires to GFCI
2
How do I intall GFCI breaker if wire for outlets is 12/3 using two breakers?
0
How do I troubleshoot 2 light switches in the same box with 4 black (hot) wires?