I replaced an old ceiling fan in my sons room that had a light fixture and dimmer switch. The new ceiling fan only operates with a remote that it came with. No pull strings for the light or fan. I also want to add a couple of recessed lights so he gets more light as the fan light fixture does not give off much light.

Currently I have a armored electrical cable in the ceiling with Red/Black/White. The new ceiling fan remote receiver has red/white cable on one side and on the other, blue, black, white. I ran romex cable to the recessed cans and attached them together matching the white/black/and bare. I have the cable for the recessed lights in the same ceiling hole for the the fan ready. How do I make the connection so that the recessed lights work with a dimmer switch and the fan and fan light work with the remote it came with? We will used the recessed lighting and fan 99% of the time, and rarely use the fan light.

This is a picture of my switch box. The black/red/white on the right side are the armored cable to ceiling fan. 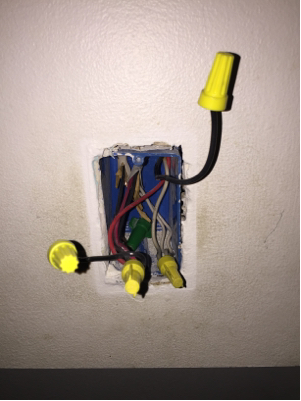 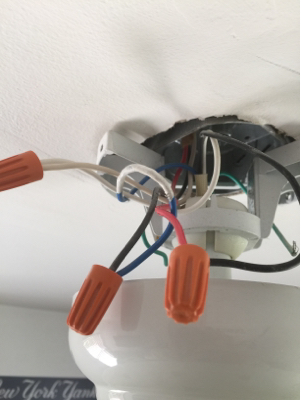 Of course this assumes that power comes to the switch first, and one of the wires in the cable is always hot.

Based on the info you've provided, it should look something like this. 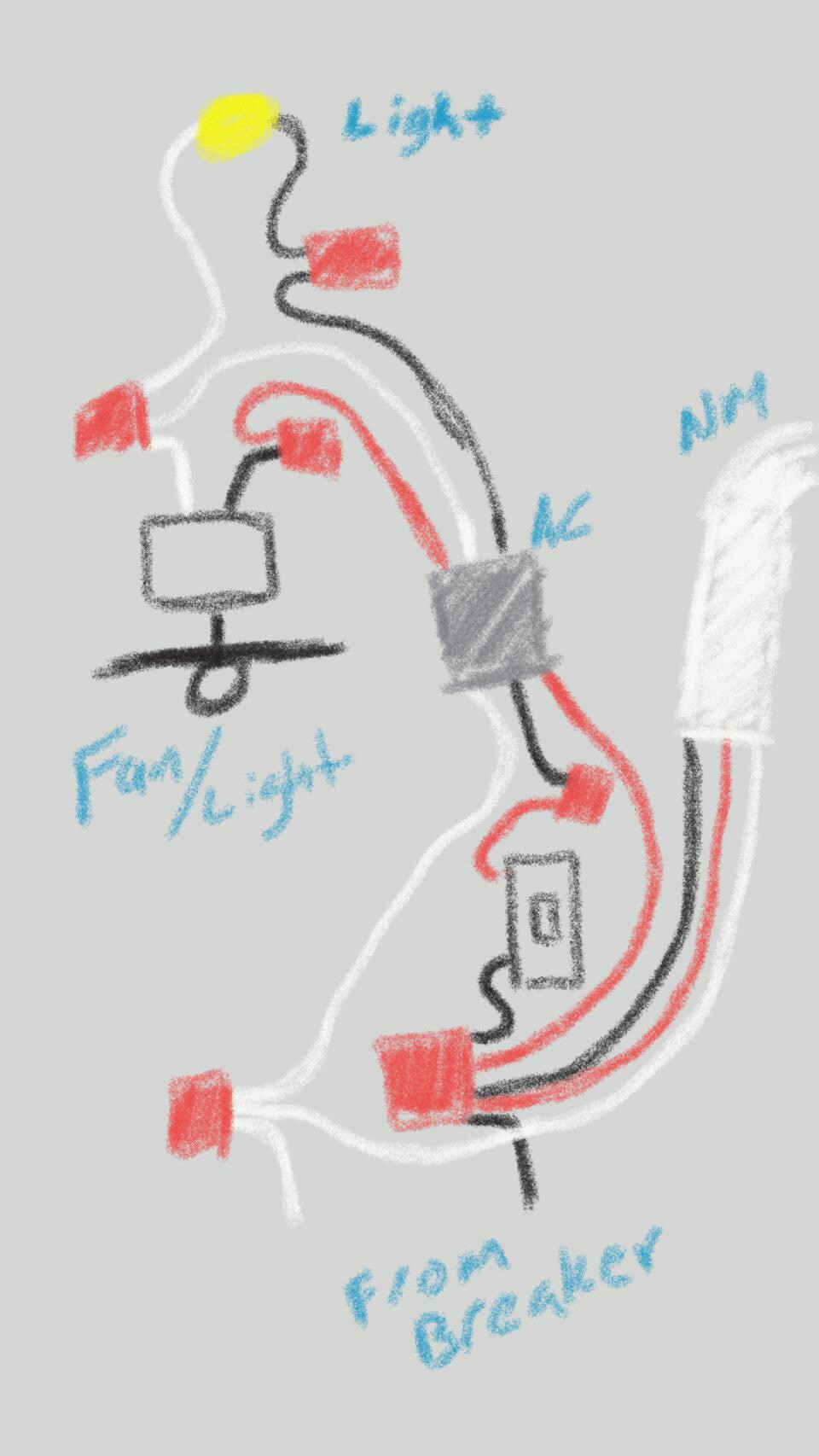 According to the documentation for the dimmer, the black lead is LINE and the red lead is LOAD. 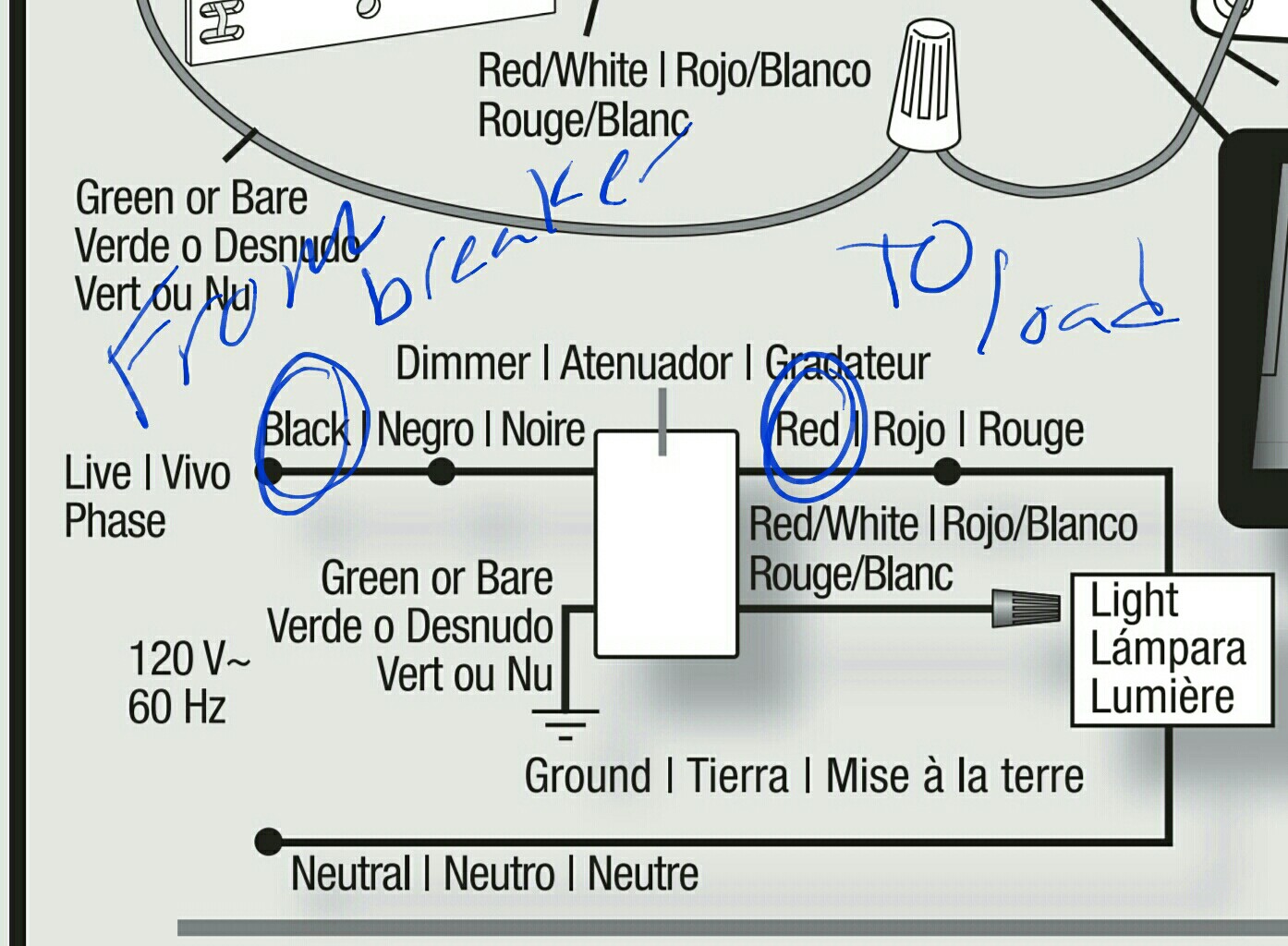 The issue turned out to be a bad recessed can. I removed added one can at a time to the chain until I found which was causing the switch to short. Replaced that can and all 4 lights are working.

To my understanding, you have black wire which has constant power and it doesnt work by any switch. You can connect your fan to the black, white and ground wires. Leaving the red out. Now you can use the red wire to connect some recessed lights and i assume that red wire will control by the switch.

For the fan you will have to use remote to turn it on and off.

Not the answer you're looking for? Browse other questions tagged electrical lighting ceiling-fan or ask your own question.