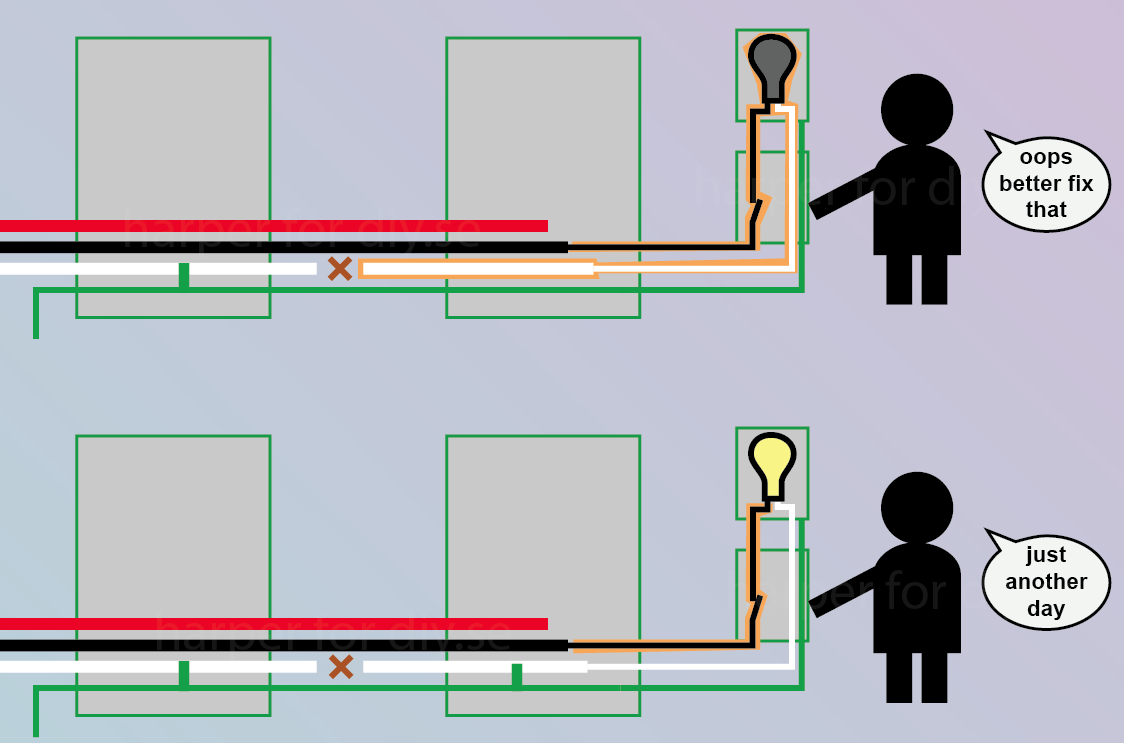 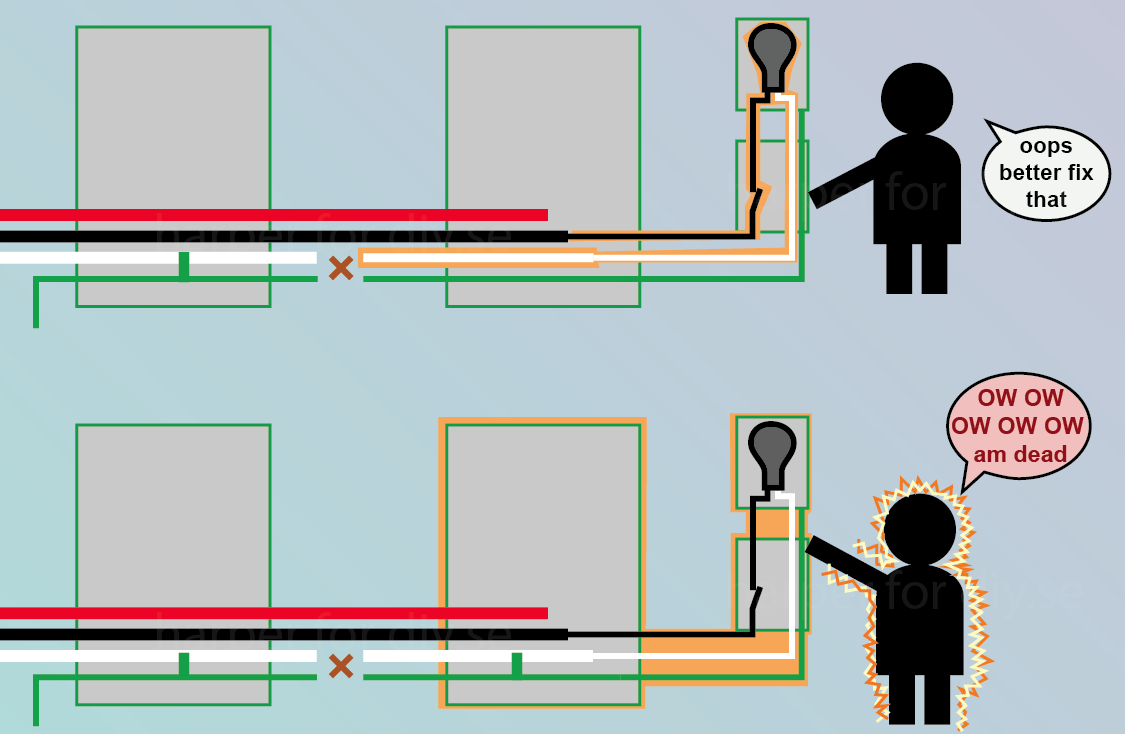 The problem is trying to find an analogy with A.C. and D.C., which most are familiar with D.C. because they erroneously use the analogy of water flow for current in D.C..

The ground wire to Earth ground from the appliance chassis ground has nothing to do with the electrical circuit, nothing.

Until after too many electrocutions did the electricians union demand for safety measures, which meant loss of profits, but savings in lives.

Look at the ground from chassis to Earth at sub-panels as if it did not exist and treat the circuit as it stands.

Next, DO NOT bond the neutral to ground past the main panel, PERIOD!

Those extra chassis grounds to Earth grounds are like a Faraday Cage for and only for safety and protection, and NOT to allow the circuit to keep functioning if the neutral is lost at the sub-panel(s).

The weakest link in any circuit should be the circuit breaker (fuse), and it should break (open) as soon as safety demands then to protect the circuit.

The circuit resistance is designed by the manufacturer. The circuit breaker (fuse) is designed to protect the wire from getting too hot and burning down the house, and not to protect humans and their animals from electrocution that's where GFCI come in and you can still fry if you touch both legs of hot and neutral at exactly the same time in under 10 milliseconds. The GFCI trips when there is a difference of potential, which most living organisms usually touch one of the two legs to trip the GFCI to cause a difference of potential.

In essence, the chassis ground to Earth ground is meant to cause a sudden drain of current above the circuit breaker, or the wire to break and flag for an electrician to fix the fault, and not to protect humans because 0.001 Amperes is the threshold of sensation, 0.010 Amperes is the threshold of pain, and 0.100 is the threshold of heart fibrillation, which equals death immediately following; so why would you tie or bond the neutral to the chassis ground to Earth at any sub-panel? It makes no sense because it's akin to using an electricians screwdriver without the insulated handle on a live circuit: although, the if you do, the circuit won't need a neutral if you have a good bonding. Just do not touch the, or any appliance on that sub-panel circuit. I rather deal with a booby-trap house than a house with a bonded sub-panel neutral with Earth ground, and not just "ground" because there is no "ground" in A.C., only in D.C. and that is the origin of the confusion. A word is what it does in the sentence and the word means what the pre and post context say. When in doubt, use a voltmeter.

10
Can ground shock me? It's bonded to neutral in my panel
13
How to properly ground a subpanel in detached building?
2
What happens if you don't bond neutral and ground in a main service panel?
1
what would cause a breaker box enclosure to be electrified?
2
Ground and neutral in single bus bar?
2
Bonding vs grounding a main and sub panel