I have a pipe of some kind buried about 6" below grade in my backyard. Photos are provided below. I have no idea what this line might be, and was hoping to solicit ideas. Whatever it is, it appears to be abandoned / unused, judging from the poor condition of the line. I have the local "Dig Safe" utility authorities coming next week to map out known services, but would like to know in case they do not have record of this.

It looks like the line would run between my house and my garage. But I have no plumbing in the garage (6" seems to shallow for water anyways). I have electricity but that cable is aerial, along with phone and cable lines from the back alley to the main house. The gas main is under the road at the front of my house, and so my gas meter / line are obviously there too. Similarly, the water main and water line are at the front of my house.

The garage was rebuilt about 5 years ago (before I owned the place), so I don't know if this pipe might have been used with the old garage and since abandoned.

I live in Toronto, Canada, if that factors in. 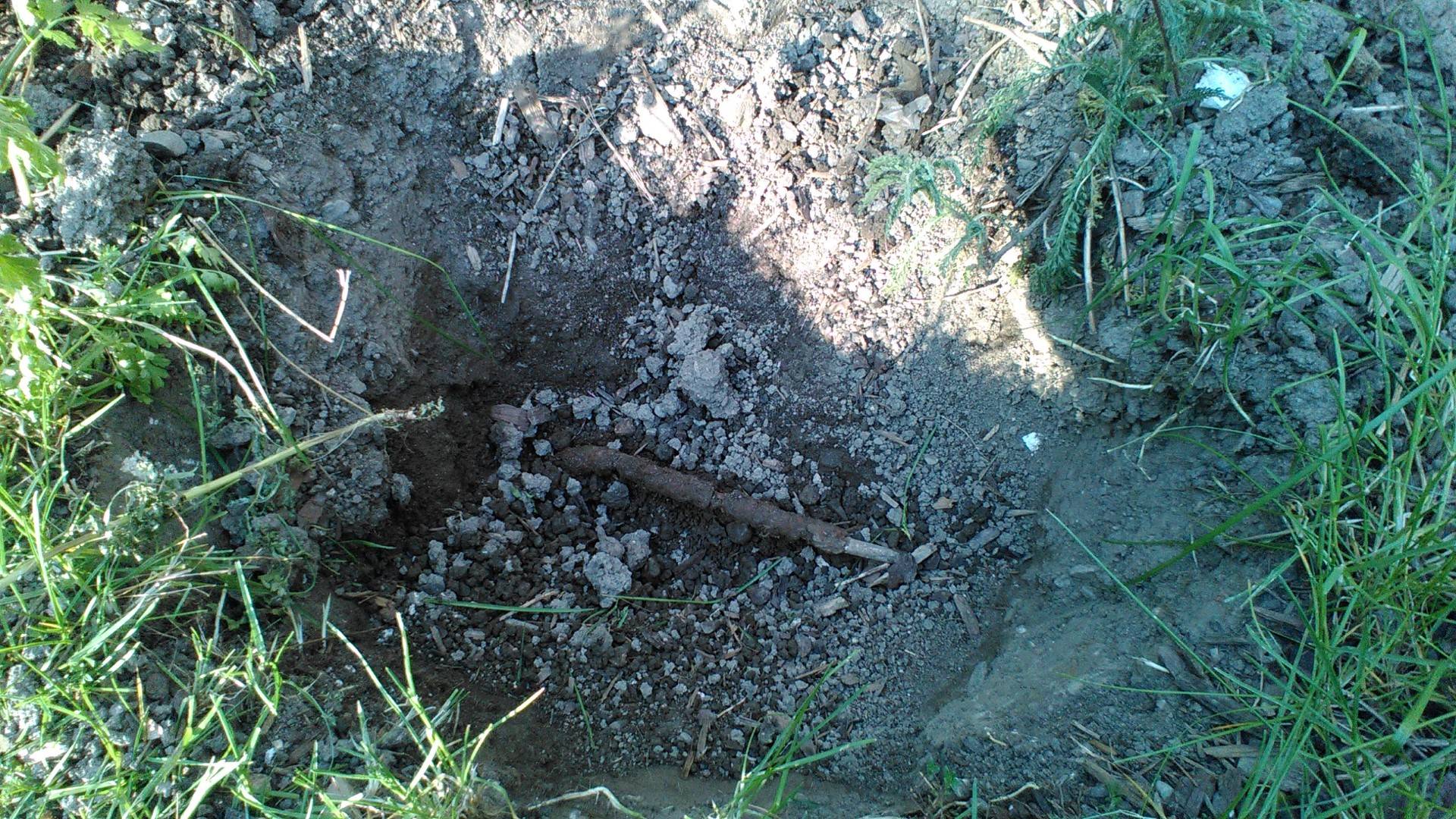 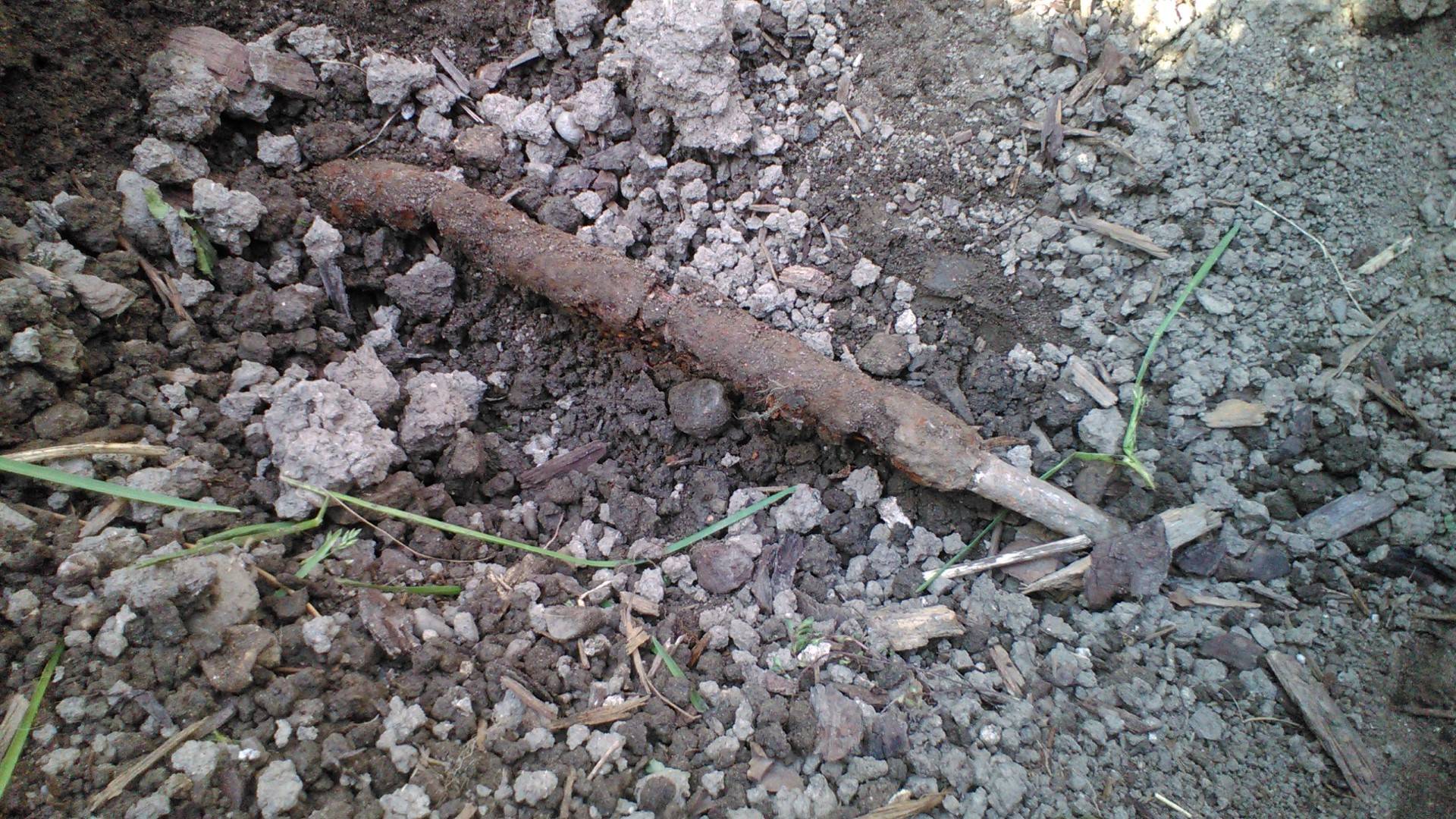 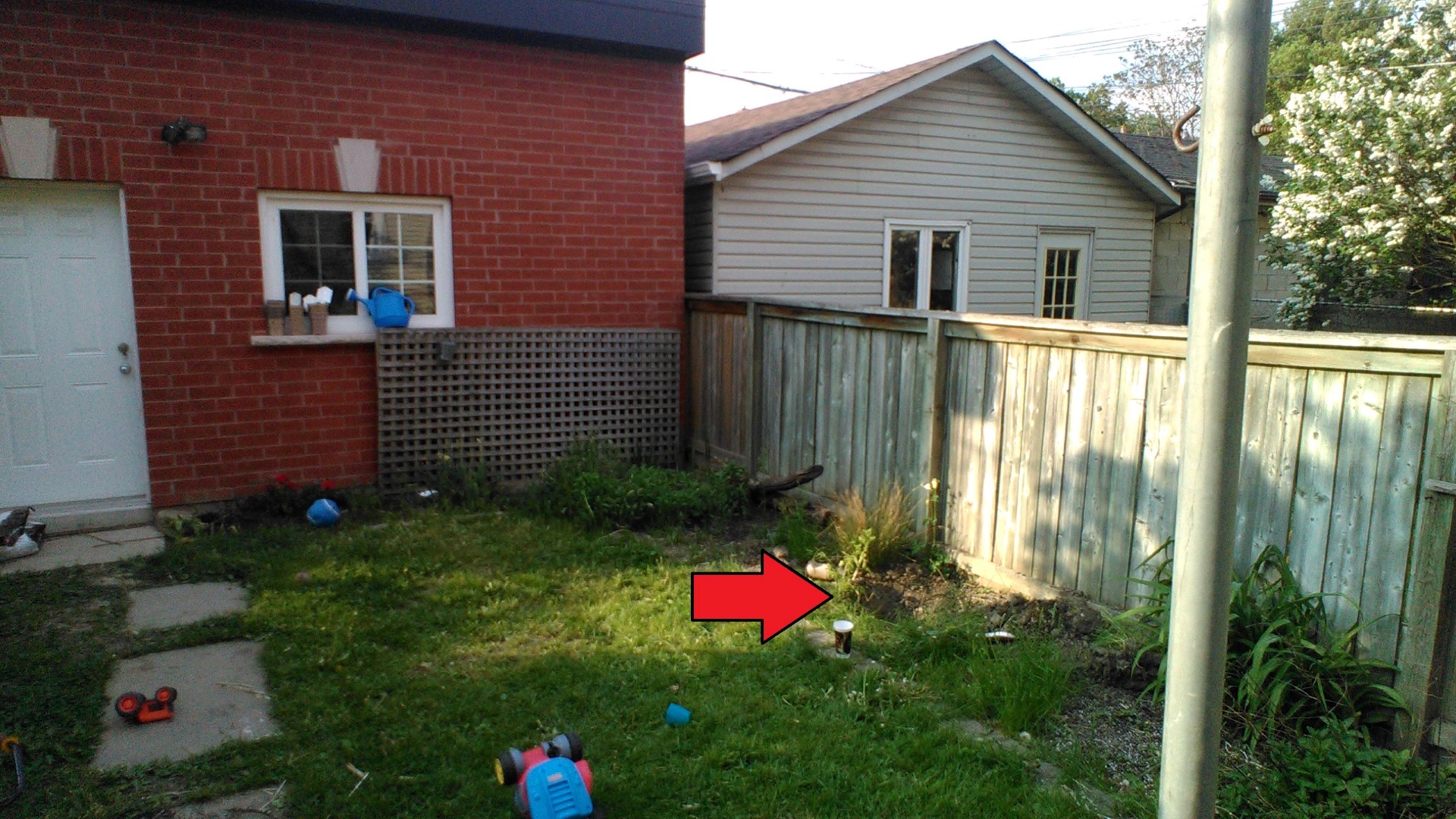 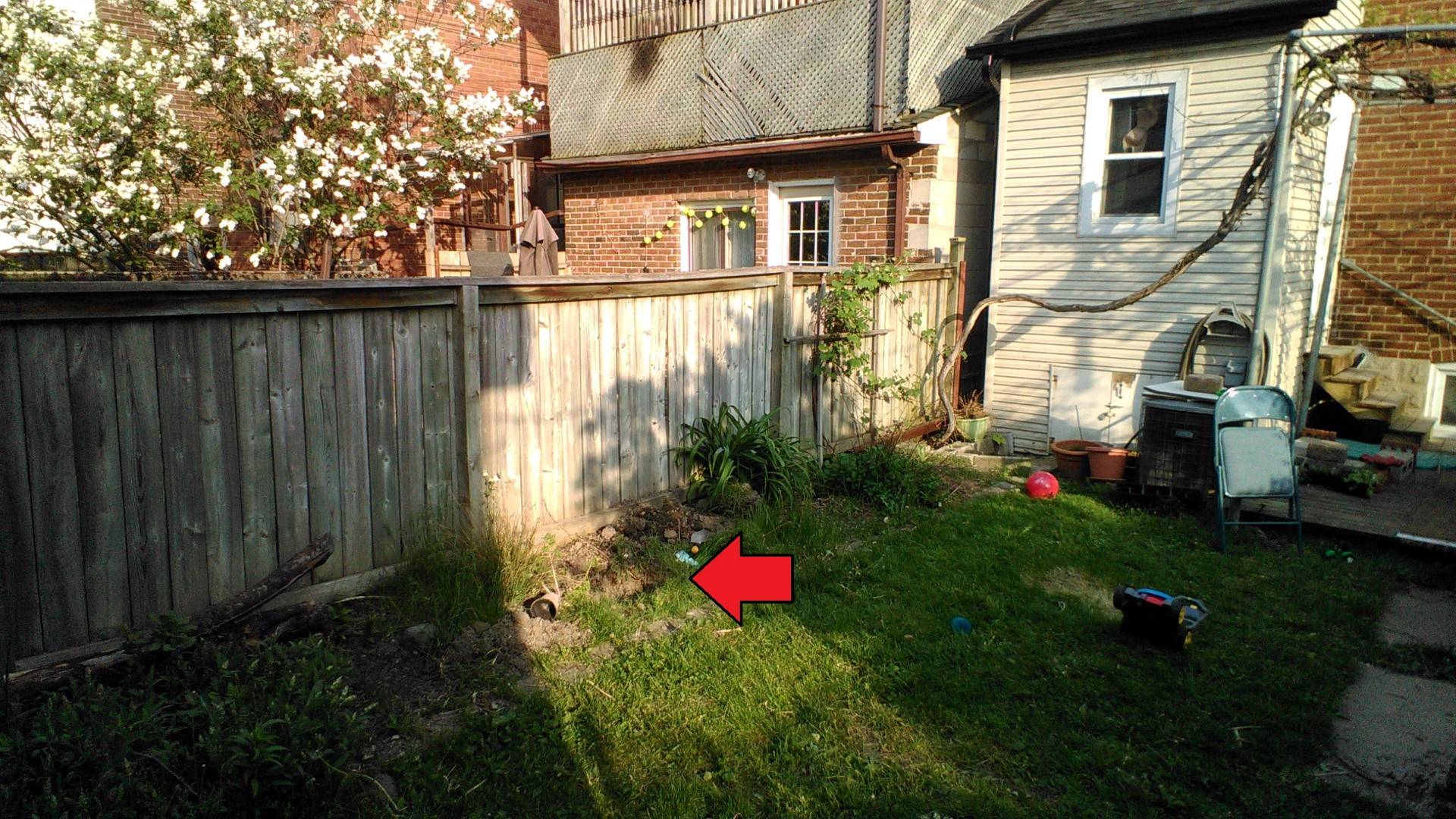 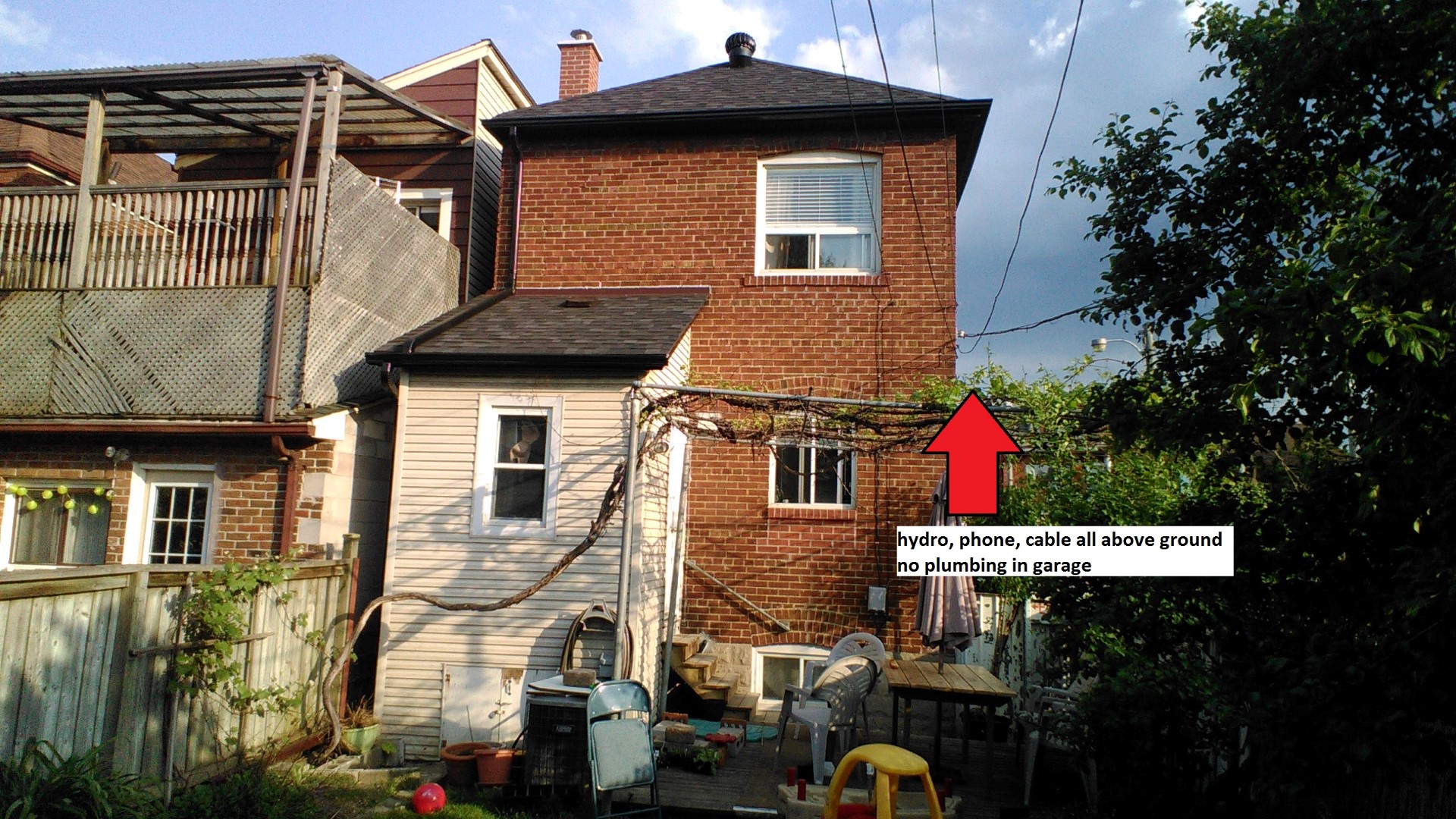 It turned out to be abandoned electrical. Photos below (cell phone for scale)

DigSafe came out and confirmed it was not a City service (gas, hydro, transit, water, etc.) They checked out the line and agreed it was strange it was so shallow; definitely not one of theirs. So we excavated a little more and eventually realized it is not a pipe, but a sheathed cable (with the sheathing completely deteriorated). Tested for voltage (there was none).

So I think this must have been how electricity used to get to the garage. As I mentioned, the garage was completely rebuilt a couple of years ago, and they put in a proper aerial connection at that time. 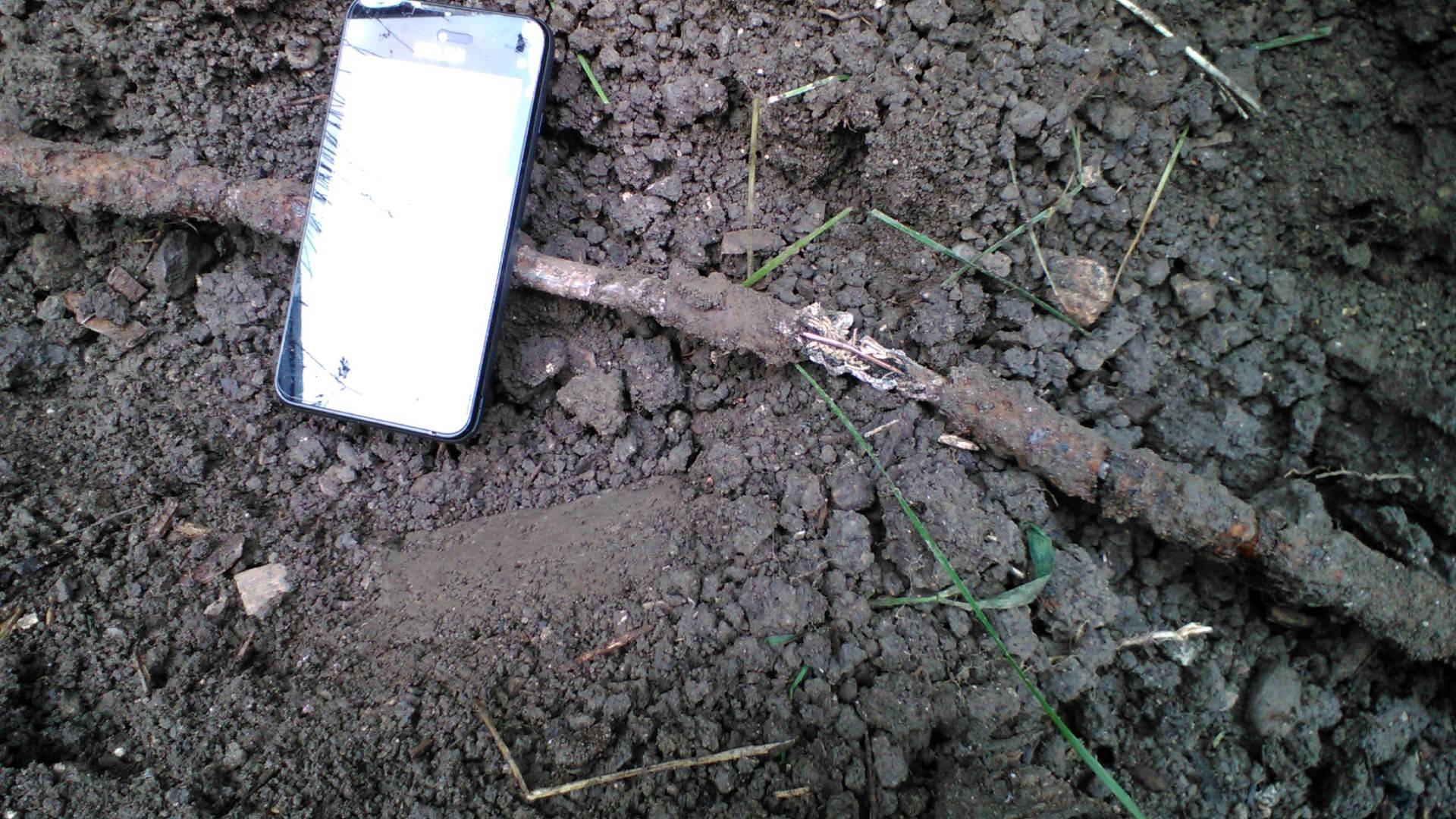 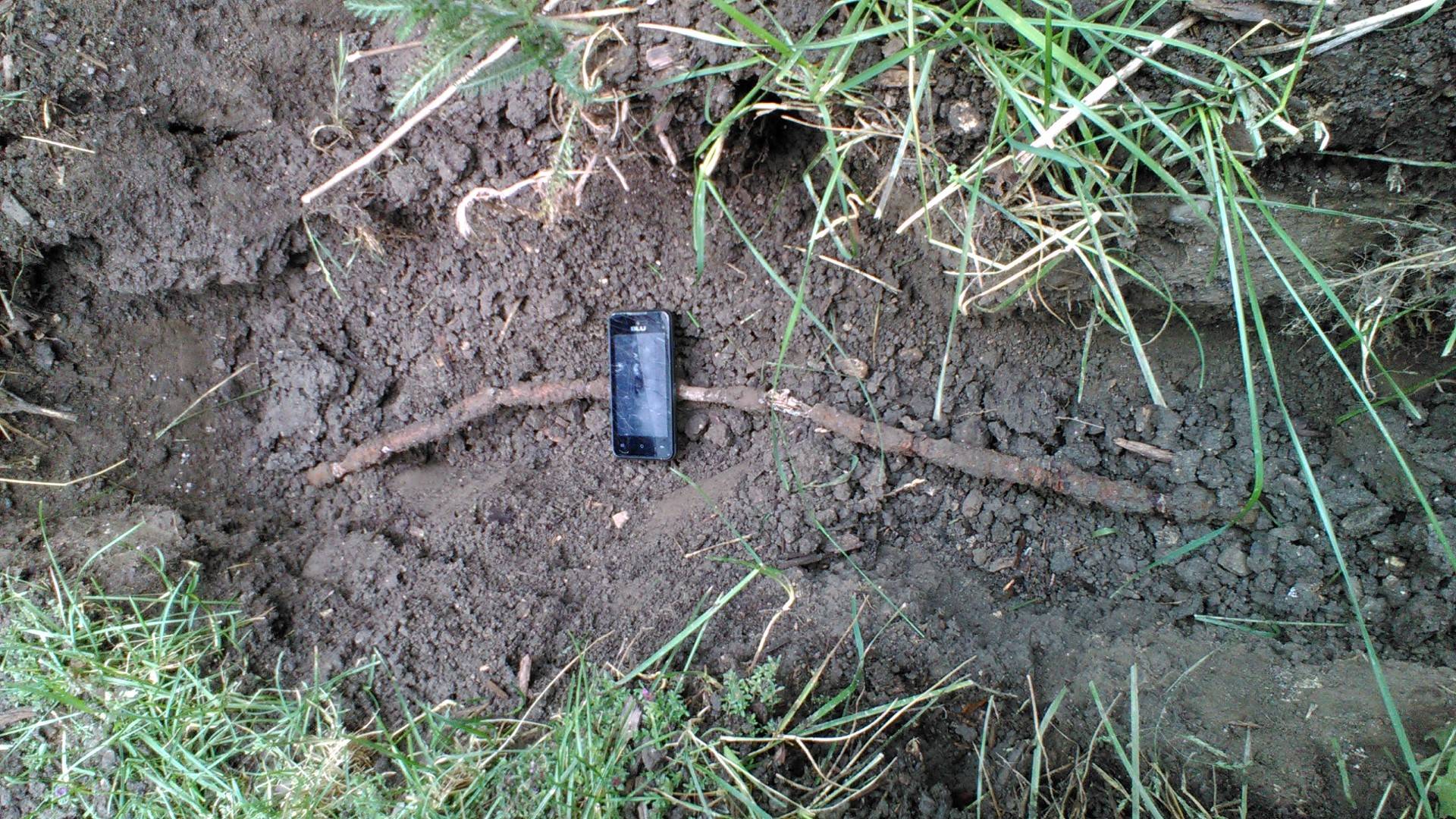 Start by calling 1-800-DIG-SAFE or the local equivalent. Keeping track of what's under the surface is their specialty. If it's anything potentially dangerous or expensive, they may already know about it. If not, they can help you figure out whether it's anything more than a sprinkler system.

Not the answer you're looking for? Browse other questions tagged underground excavation or ask your own question.

6
What's the easiest way to cut a chunk out of a buried railroad tie?
3
What are the code requirements for crossing a buried LPG line with an electric line?
1
Can I build an electrical pole structure to hold a power wire into my property?
1
What's the best way to track buried electrical wire that's not live?
4
Seeking good method to locate short on buried AC power cable
0
Should I install a grounding rod near my light post to protect against lightning?
2
Code for Buried Comms Cable
1
Cabin Wiring Plan Revisited
2
Will water damage a spliced coaxial cable?
2
Removing pole and concrete base from yard