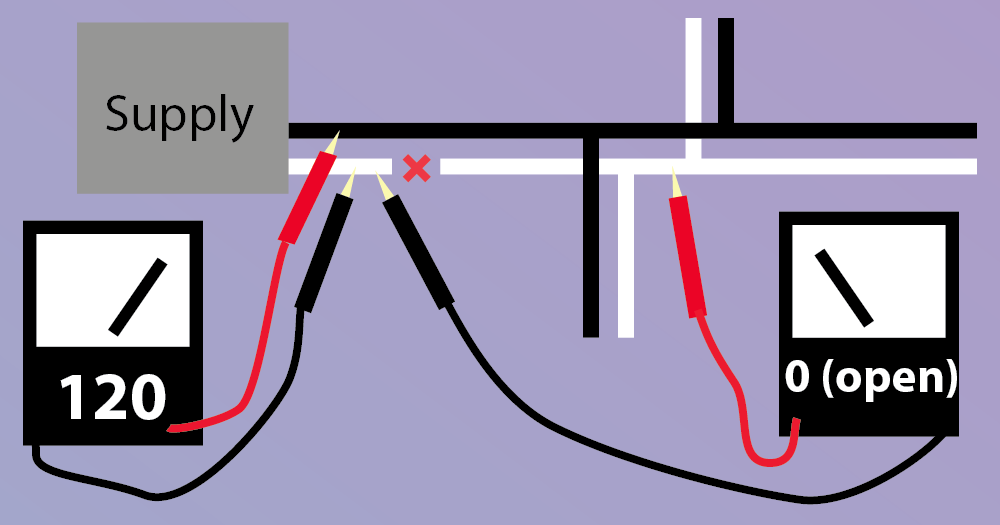 13
Why is this shared-neutral wiring bad?
16
Can I connect ground to neutral in a 3 wire outlet?
1
Why the Neutral wire is hot
0
Dangers of bootleg ground and GFCI?
1
Outlet with power won't supply power to anything plugged in

8
Will an existing 10-3 w/ground electrical wire handle a 50 amp 240 volt welder?
0
How to wire a three-prong extension cord to 110 outlet?
3
What do the neutral and ground connectors in outlets connect to?
1
What is the correct way to wire a utility light with an outlet?
2
120/240 Multi wire branch circuit - failed inspection because of uneven loads?
0
Does anyone know how to split the 240 V wire components of a dryer from the 120 V?
0
How can I pull single phase 120V from a 3 wire two phase 240V drop?
1
What is the correct safe way to wire ground in a domestic 110/220 step transformer?
1
Where should I connect ground wire since no ground panel in the breaker box?