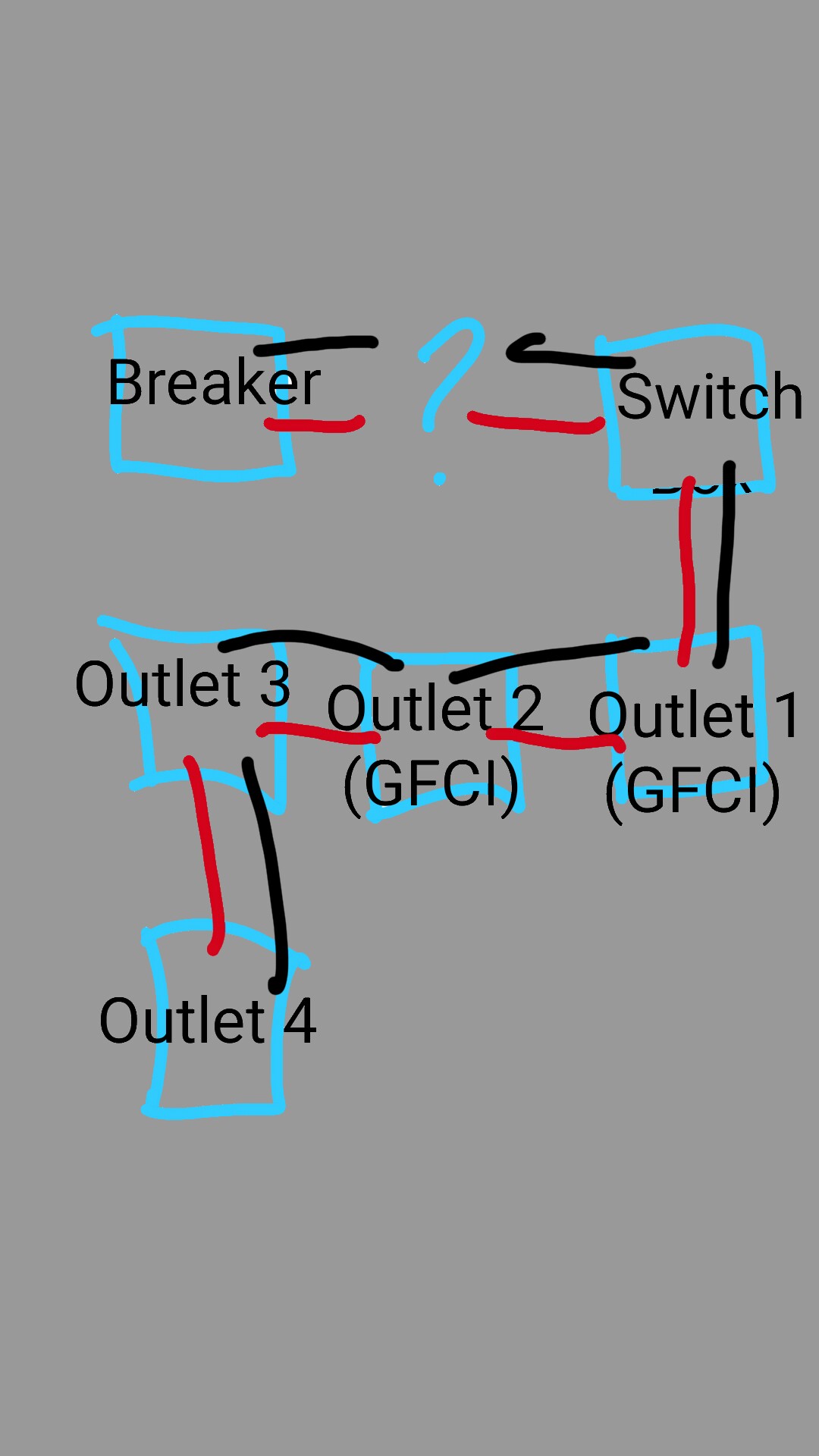 The switch doesn't control the outlets but the box for the switch seems to be the source of the electrical for the line of outlets. As a result, I believe the problem is something either in the switch box or in the first gfci box or something between (hopefully not).

In my mind, this makes me believe the wire is bad between the boxes. Is there other possibilities here? If so, how would I troubleshoot this further?

-edit- images of switch box and first outlet box. Note that in the gfci box, I labeled the wires line and load when I disconnected them. I was testing continuity between the line hot and neutral in the gfci box to the bare wires under the screw cap connectors (I took them off for testing).

-edit2- gfci is definitely good. I hooked it up in another outlet and it functions normally. 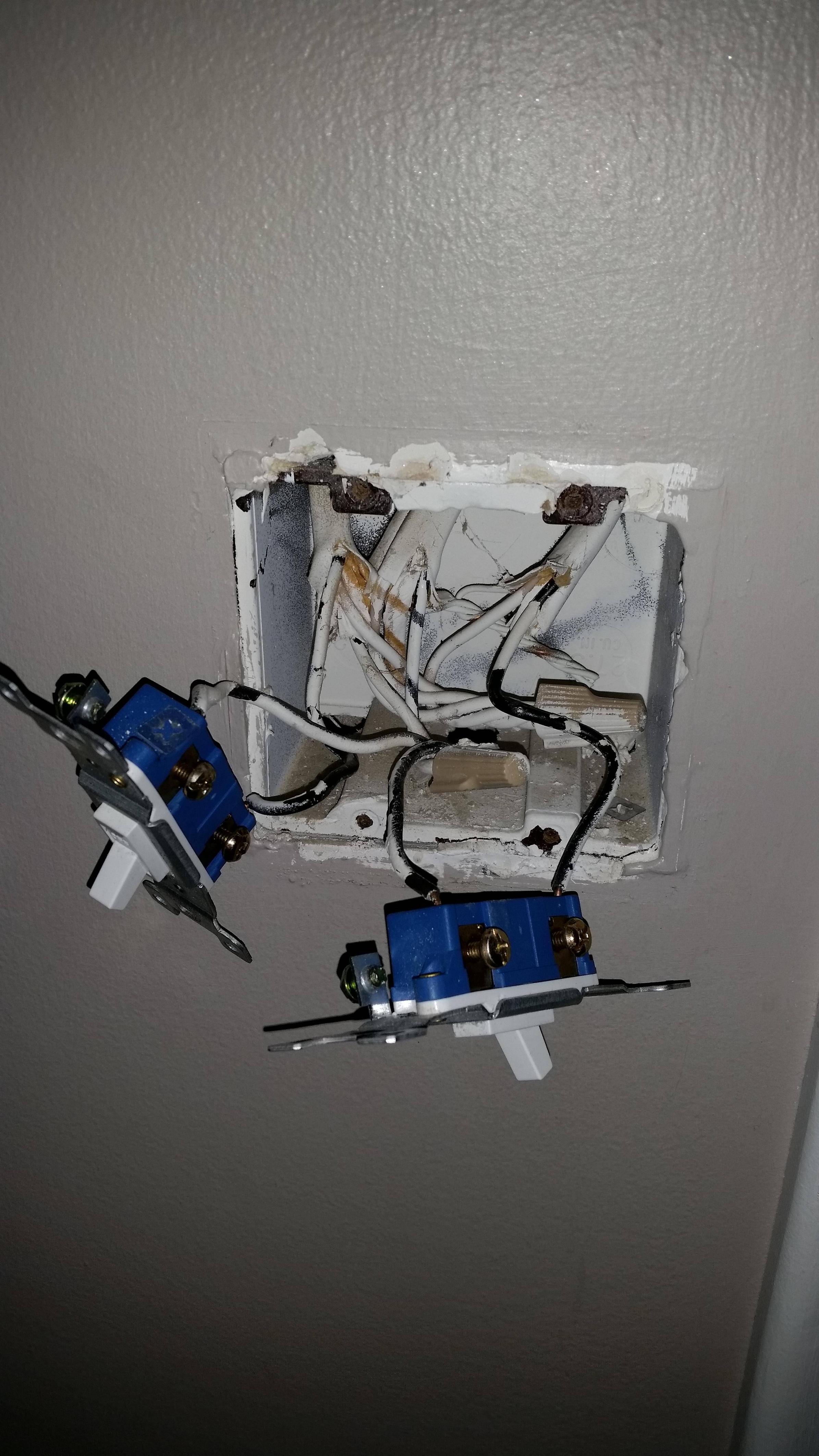 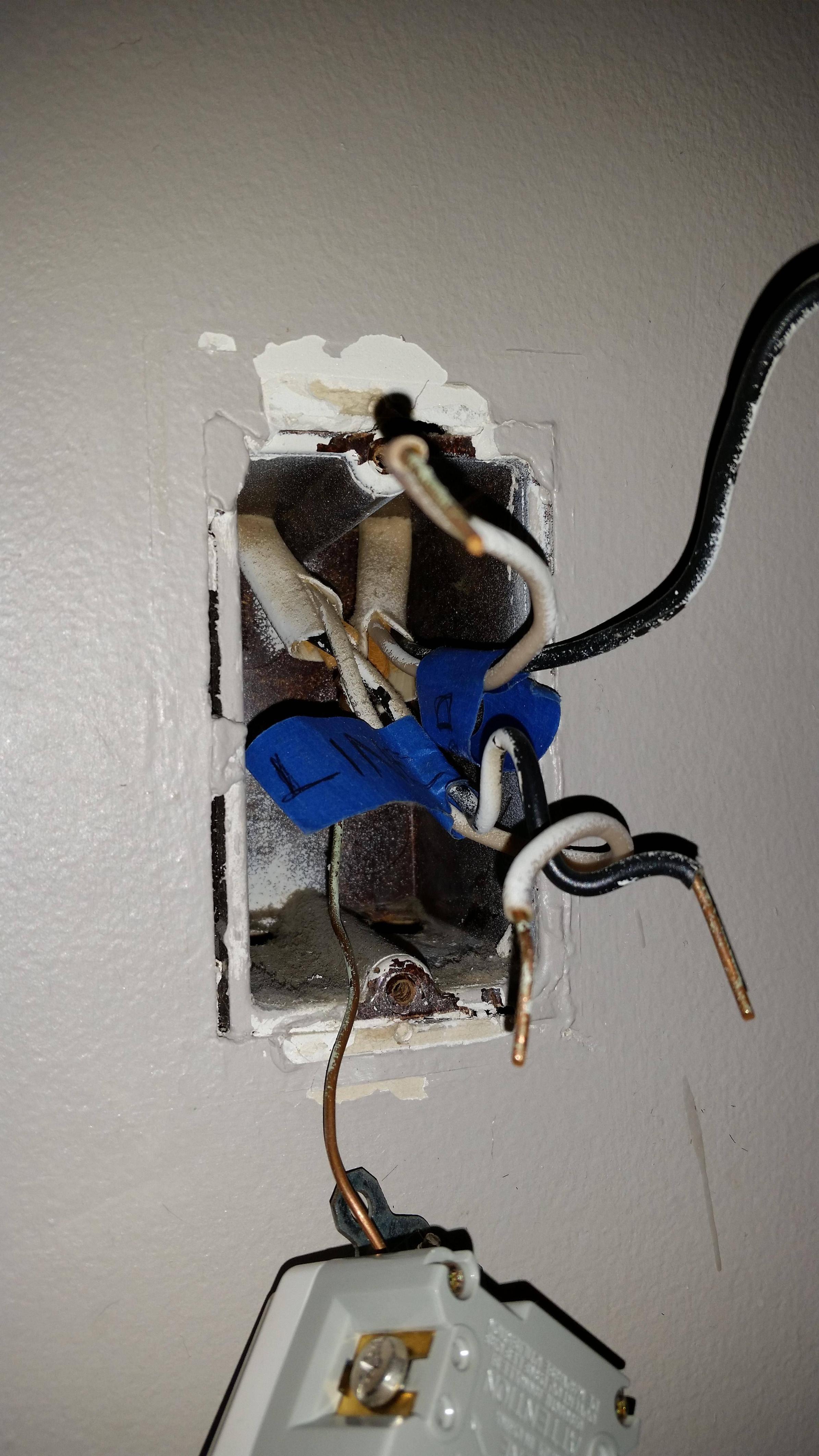 The most likely failure point here is the GFCI's. #2 is the switch. Then the wire-nuts. Lastly, the wire.

Since the switch is not involved, I'd try temporarily replacing the GFCI outlet with a quality plain outlet. Buy quality, preferably one which uses the screws to clamp down on the wire, similar to the way it appears your GFCI grabs the wires. Avoid plain backstabs: they don't use the screw and are cheap and should not be used twice even if you wrestle the wire out of them.

Obviously if changing the outlet fixes it, it's the GFCI. I wonder why (or if) you have two GFCI outlets daisy chained with the LOAD of one connected to the LINE of the next. It won't hurt them, it's just redundant, and so, a waste of money. It can also create confusion: if the outlet goes out and you go to the GFCI and it's not tripped, you'll go nuts trying to figure that out... until you discover the other GFCI that has tripped.

I would also get some wire nuts, they have improved much mechanically in recent years, they are also color coded. Use red ones to join 4 wires of that size.

0
Outlets worked intermittently with voltage fluctuations and are now dead entirely
0
Light Fixture Junction Box with Remote Switch
1
Continuity on hot/neutral at dead outlet
0
All bathroom outlets are dead
1
No power to outlet, single line, circuit breaker ok
2
How do I determine why all outlets on a breaker stopped working, but the hot-grounds are still 120V?
3
Troubleshooting GFCI fault in garage
1
Troubleshooting a broken ground wire and an energized drywall panel during circuit trace testing