Can I frame over an existing deck with a new deck to raise the level?

I was looking at below photo and realized they basically put the trim joists of the platform on top of the bottom joists / beam. Is that allowed? I thought you have to actually put footings for the raised platform.

Anyhow, if this method is OK, is there limitation on how big the platform could be? 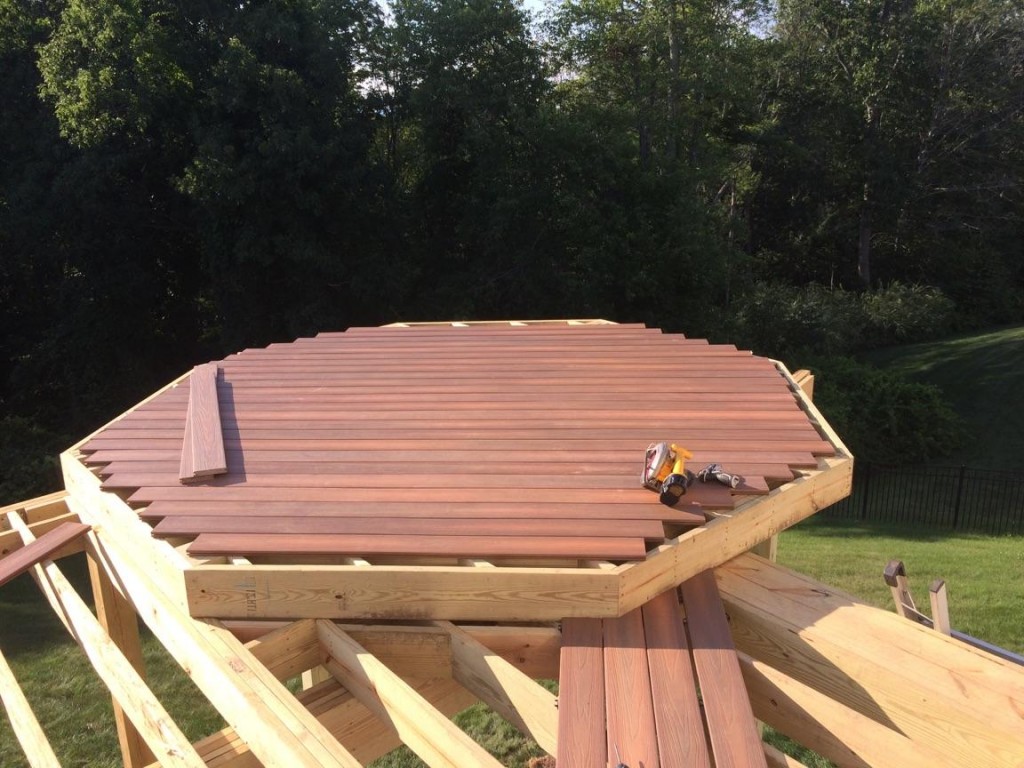 Sorry for being unclear and the photo example above is not a good representation of my question. So here is a drafted plan for my deck that I just drew in Google Sketchup: 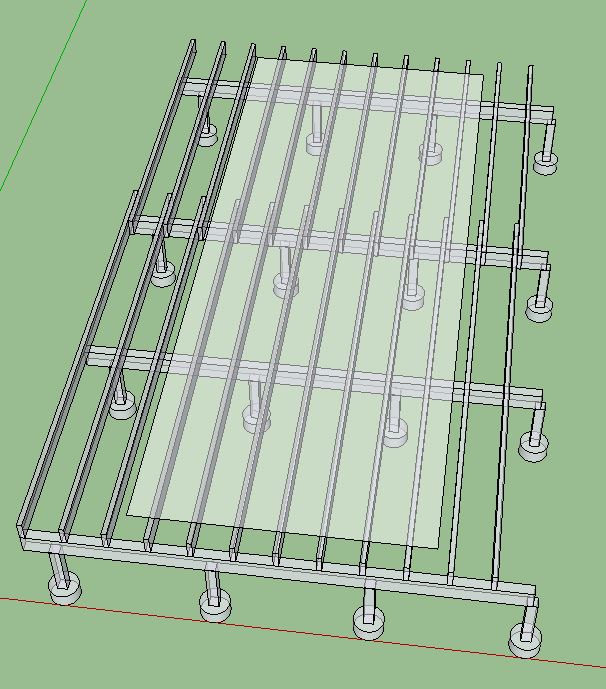 There are more on the right side of it. But it's the idea. I basically have 4 beams. Joist span is 9 feet except the middle, which has 2 beams spacing of 7 feet apart because of some trees.

Now I want to build a raiser like below:

I assume it will be 7" high. My question now becomes:

If both are OK, I think #1 is easier to do but costly. #2 is a bit harder due to bunch of cutting but save some materials!!?

So I did some more search and found this http://www.diydeckplans.com/tags/framing

I was trying to use similar idea. Basically, look like it's OK to have upper beam and lower beam. But in my case, I won't put the beam on the side of the post but it's directly on top of the 4x4 post. 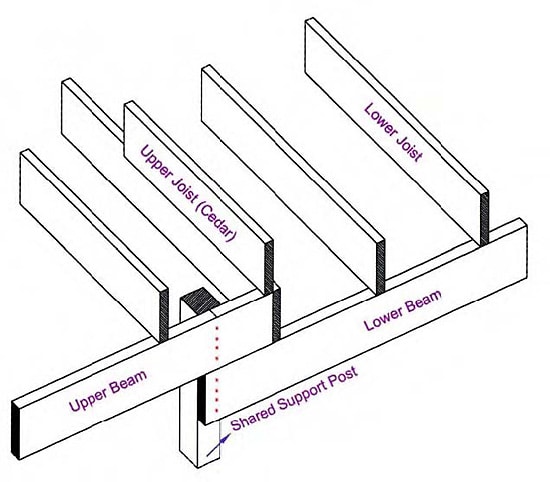 This is a new design I just came up with. Basically, starting from the left, I will have 2 joists hanging (left red circle). Then 9 joists laying on top the beams to act as the raiser platform. 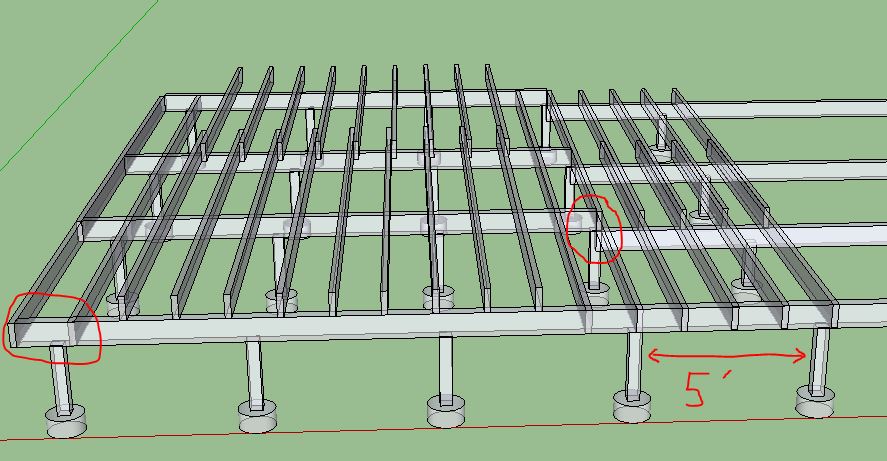 On the right side of the deck, there is a large area that is 7" lower. Here are a few points:

But I have a question about the right red circle area. How should it be connected to the post?

Option B: Or do I have to make the post closer now (instead of 5 feet spacing) and that part is an overhang?

Thank you for your patient.

Think of it like 1) taller joists, or 2) the second level of a house (without the added load of a second floor). There's no reason why the load from the upper level can't be transferred through the lower level to the footings.

Regarding your updated questions...

Not sure what you are asking, but the footings supporting the deck structure are in the ground under the posts that hold up the beams. Footing size, post size, beam size, joist size are all engineered to support the weight of the structure,and any distances spanned.

If you look at some of the other photos on the website they show posts under the outer edge of the octagonal section supporting it, its not a cantilevered section if that's what you're wondering. You just can't see the framing involved hidden under the ipe decking.

Not the answer you're looking for? Browse other questions tagged framing deck joists beam or ask your own question.

8
Can I use 4x4 posts as the primary support for a deck?
7
How can I frame this multi-level deck?
5
How do I keep my corner pergola from wobbling?
1
Do deck footings need to be spaced evenly?
1
How should I connect two beams to a post at a corner?
1
How to frame the side cantilever joist for deck?
3
Adding a pergola to an existing deck?
1
Deck Joist Hanging Options
3
Is there code compliant way to attach deck joists below a deck beam (or at least lower than flush with the top of the beam)?