I installed an electric hot water heater about 3-4 weeks ago. Everything has been operating without problem and there have been no detectable leaks around the water connections into and out of the water heater. However, I discovered what could be some corrosion starting on the hot water side. The connection is a stainless steel flex pipe without tape or compound (the pipe's tag said not to use any). I believe the hot water side connections are galvanized steel.

Is it possible for corrosion to form so quickly and if so what should I do about it? My first thought was to disconnect, cleanup, and try again with a new line. How quickly should I act? 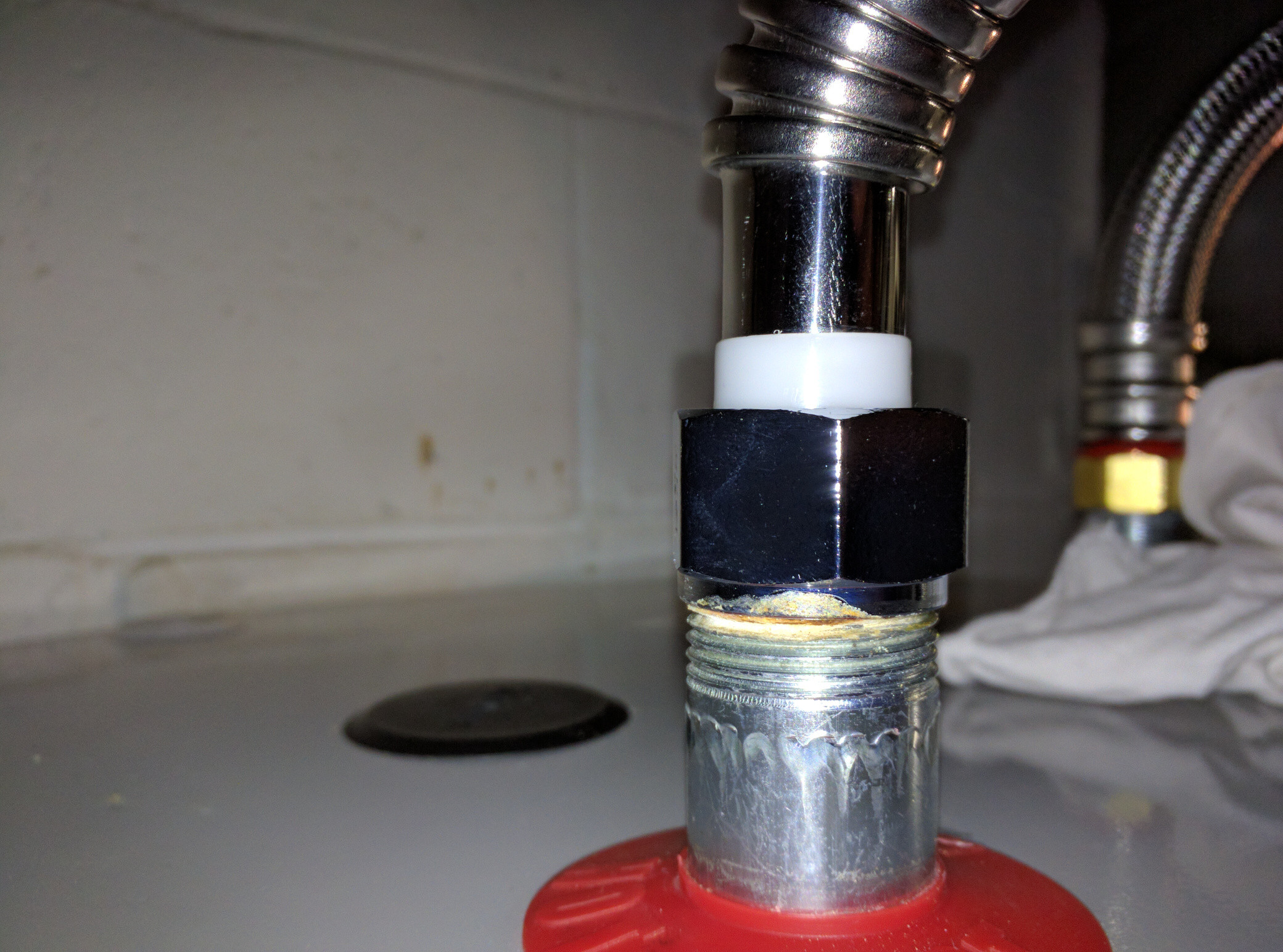 plumbing water-heater
Share
Improve this question
asked May 16 '16 at 12:16

This appears to be corrosion which is caused by the dissimilar metals. Installing a dielectric union between the two pipes should solve the issue. There already appears to be a union installed on the cold water supply line. 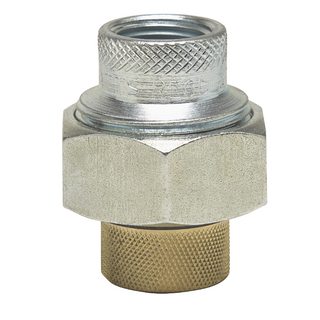 Series LF3003 Lead Free* Dielectric Unions are used in commercial and residential applications to prevent accelerated corrosion and deterioration in the piping system due to galvanic and stray current. It is installed between pipes made from dissimilar metals, and features a female iron pipe thread to female brass pipe thread connection. It consists of a union nut, two tailpieces, and a gasket that separates the tailpieces to prevent an electric current from occurring. Series LF3003 is ideal in applications such as hot water storage tanks, water and air conditioners, processing tanks, steam, gas, and water piping. Maximum Pressure: 250psi.