Outside my house there is an outbuilding. I am not sure of the roofing terms in English, but trying.

On of the roof beams, the center one on this picture (a rafter?) is heavily damaged at its base, as well as the supporting transversal beam (a topplate?) along the wall. A little touch on the roof rafter beam makes me believe it is on the verge of collapsing. However, it has been in this situation for about one year, when I bought the house. Apparently, the tiles show some bending with respect to the neighboring tiles, as can be seen from the light roof beam in the middle of the picture (a roof batten?) 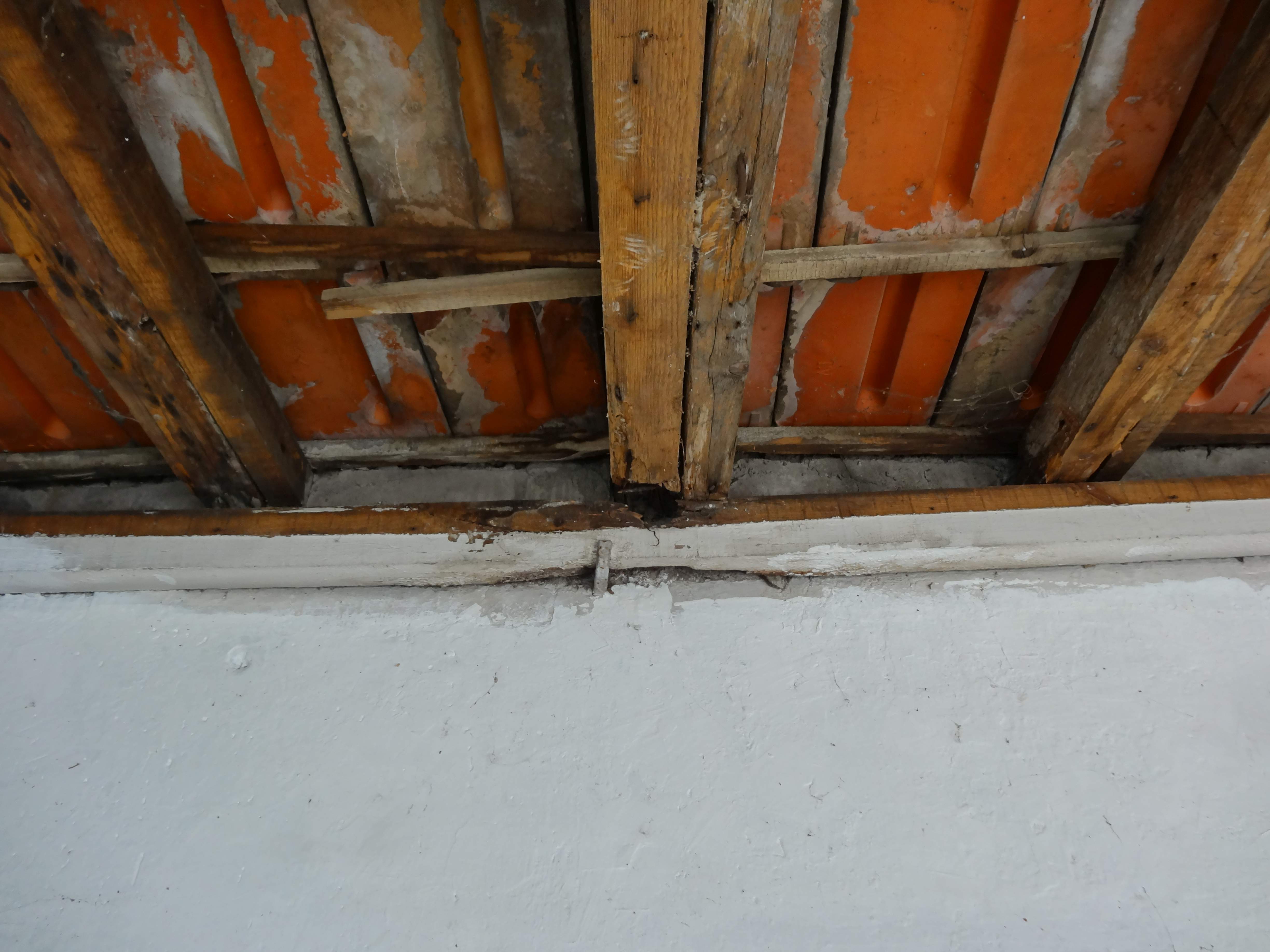 A close-up shows that the rafter is not supported by the wall anymore, but apparently the other rafters, as well as the topplate below them, are OK. 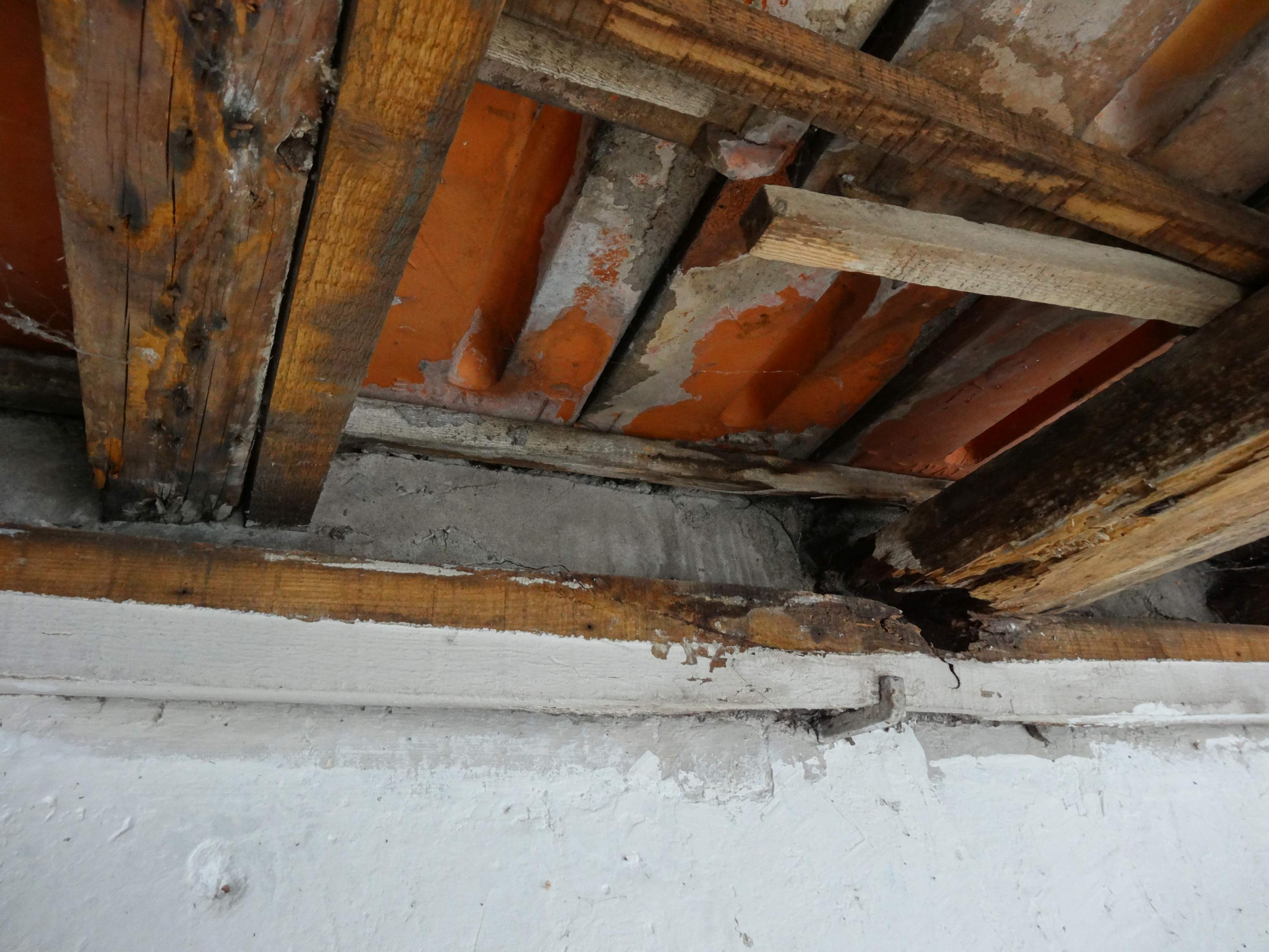 A last close-up shows the damage with details. Apparently, it has already been fixed, but the damage is extending. 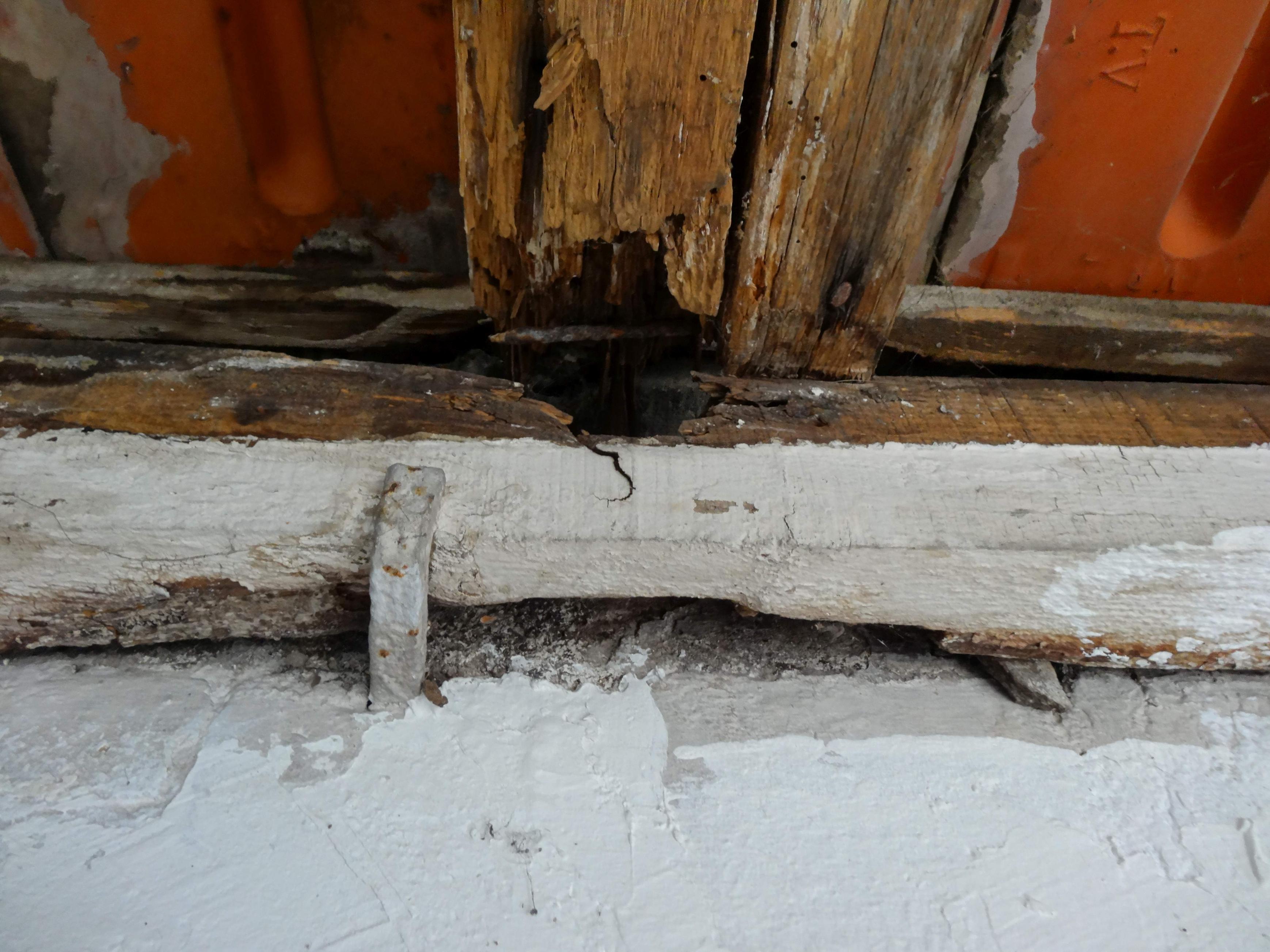 One day, I plan to have the full roof repaired, but I do not have the money right now. I was thinking about fixing a piece of metal, like the following one, but larger along the topplate, and wider to provide some support to the damaged rafter. 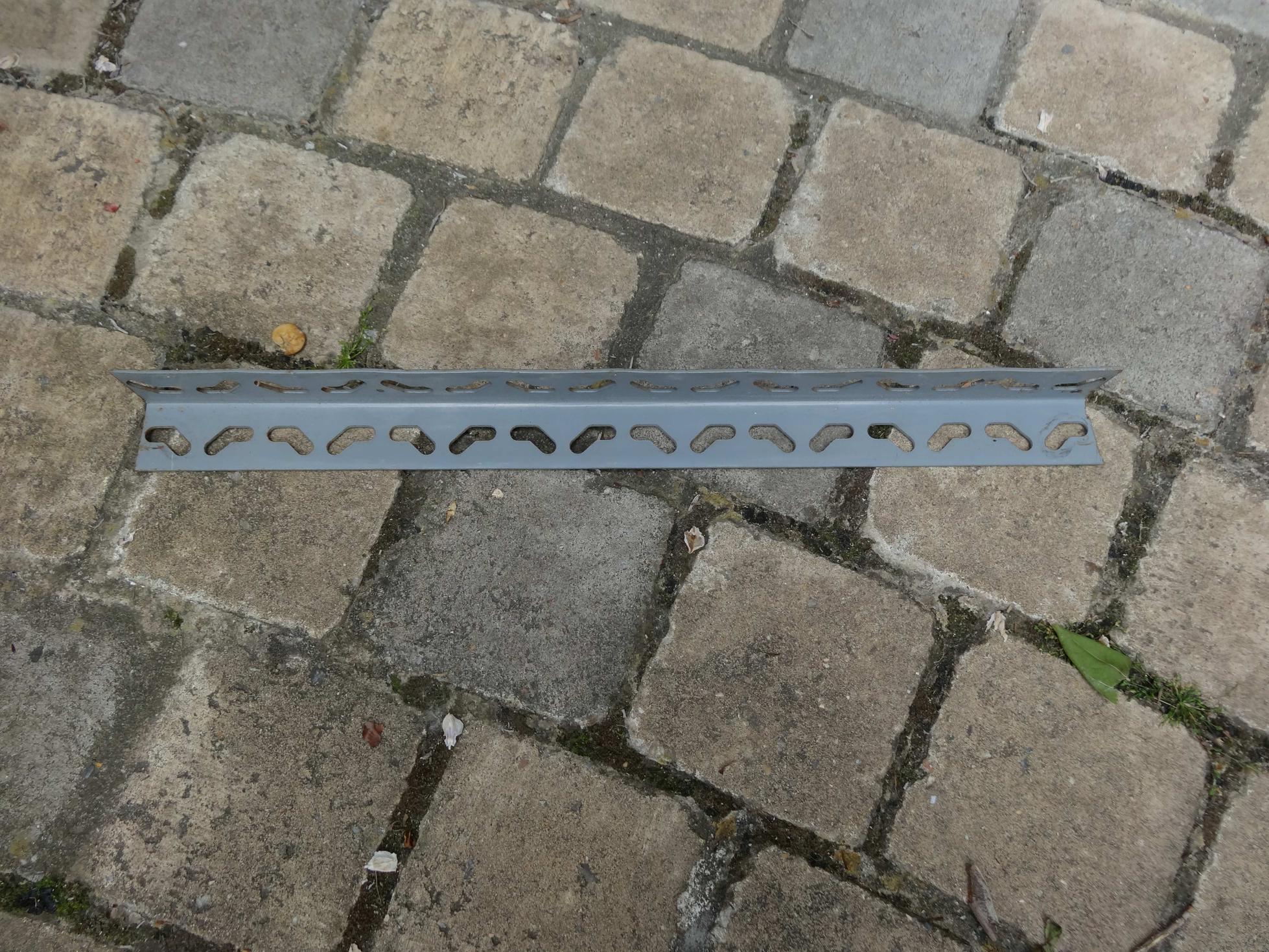 Would that be a sound idea? Better suggestions welcome.

judging by the shape and cut of the wood, the method of assembly and the size of the members, i would assume you have a tile roof? either way, it looks like it was built for a very heavy roof load.

the rot you are seeing is just part of the problem, it most likely extends far into the timber and may even be present in the adjacent rafters.

bracing the beam (thats the transverse thing under the rafter) may not help much as it looks rotten as well.

the best thing to do is put in a post. this is a vertical column from ground to the bottom of the rafter. put down a wide block of wood or a concrete slab first to spread the load over the paving stones below. use a metal bracket at both ends and concrete anchors, lag bolts or nails to secure the post to the base and to the rafter. if you use a good solid post and are careful in your work, it should last until you can replace the roof.

Not the answer you're looking for? Browse other questions tagged repair roof damage beam or ask your own question.

8
How can I repair battery acid damage on a Caesar-stone counter?
0
question on the roof structure of my garage
4
How should I repair a cracked trough roof beam?
0
Roof eave missing knee brace - how to mitigate problems as snow season approaches?
4
Is it necessary to use ceiling joists (ties) with conventional rafters?
0
How to properly repair water/bug damaged soffit and roof deck?
2
How to fix leak from flat roof under lead flashing
0
How to fix sagging timber roof trusses?