I've recently installed smart (ZigBee) LED bulbs in my kitchen. These lights are on a dimmer switch, and even when I have the dimmer all the way up, the bulbs flicker when their internal dimming is set to anything other than 100% brightness. I was told I need to replace the dimmer switch with a standard one. If this is already bad information, please stop me. If not...

I have a non-dimming 3-way switch in another room. I was just going to swap these switches since I'm not using LED bulbs in the other room, so the dimmer won't be a problem there. The wiring of these switches doesn't look similar to me, though, so I'm unsure how to wire it up. I have pictures of both switches which I hope someone can help me decipher. 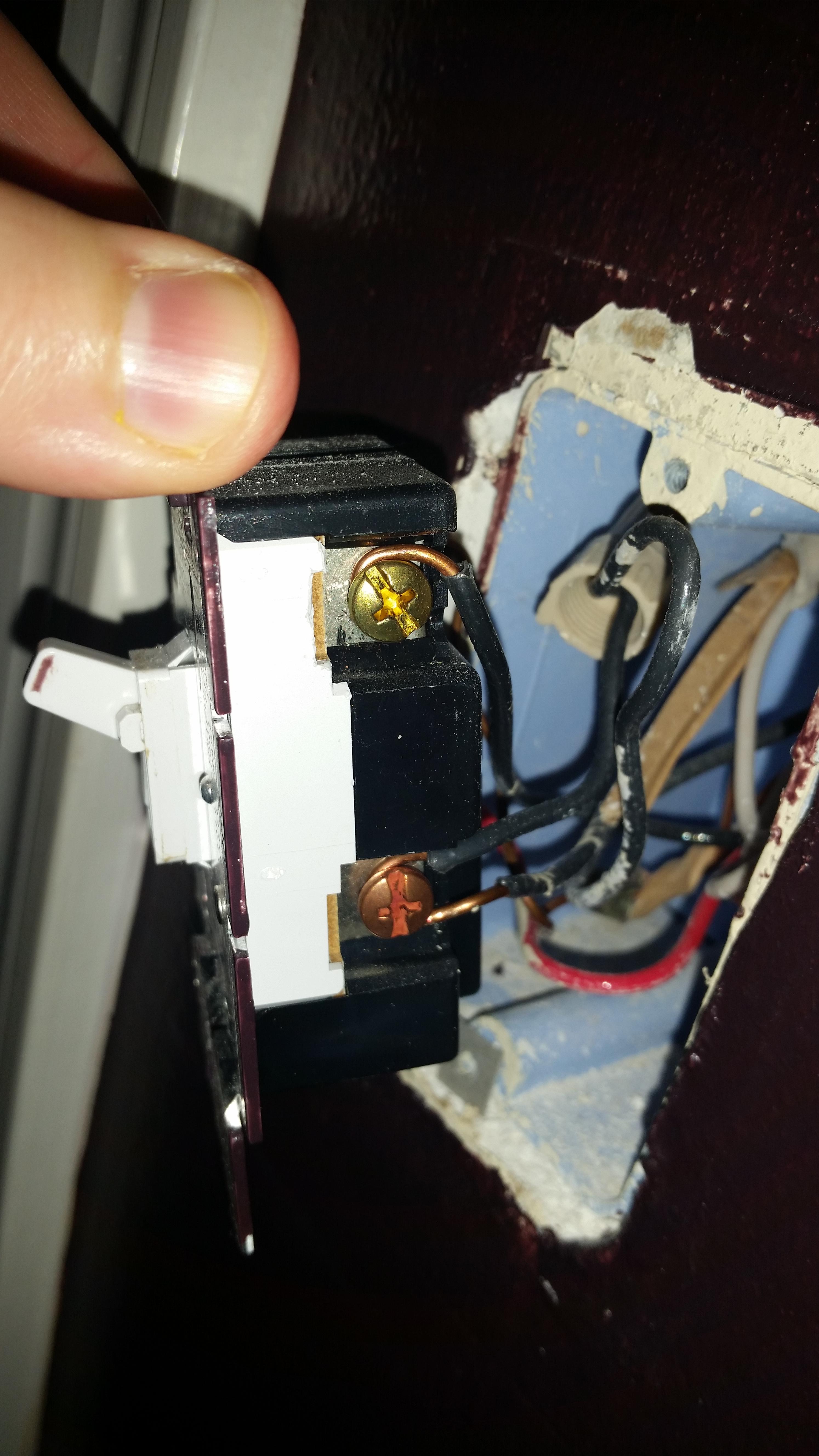 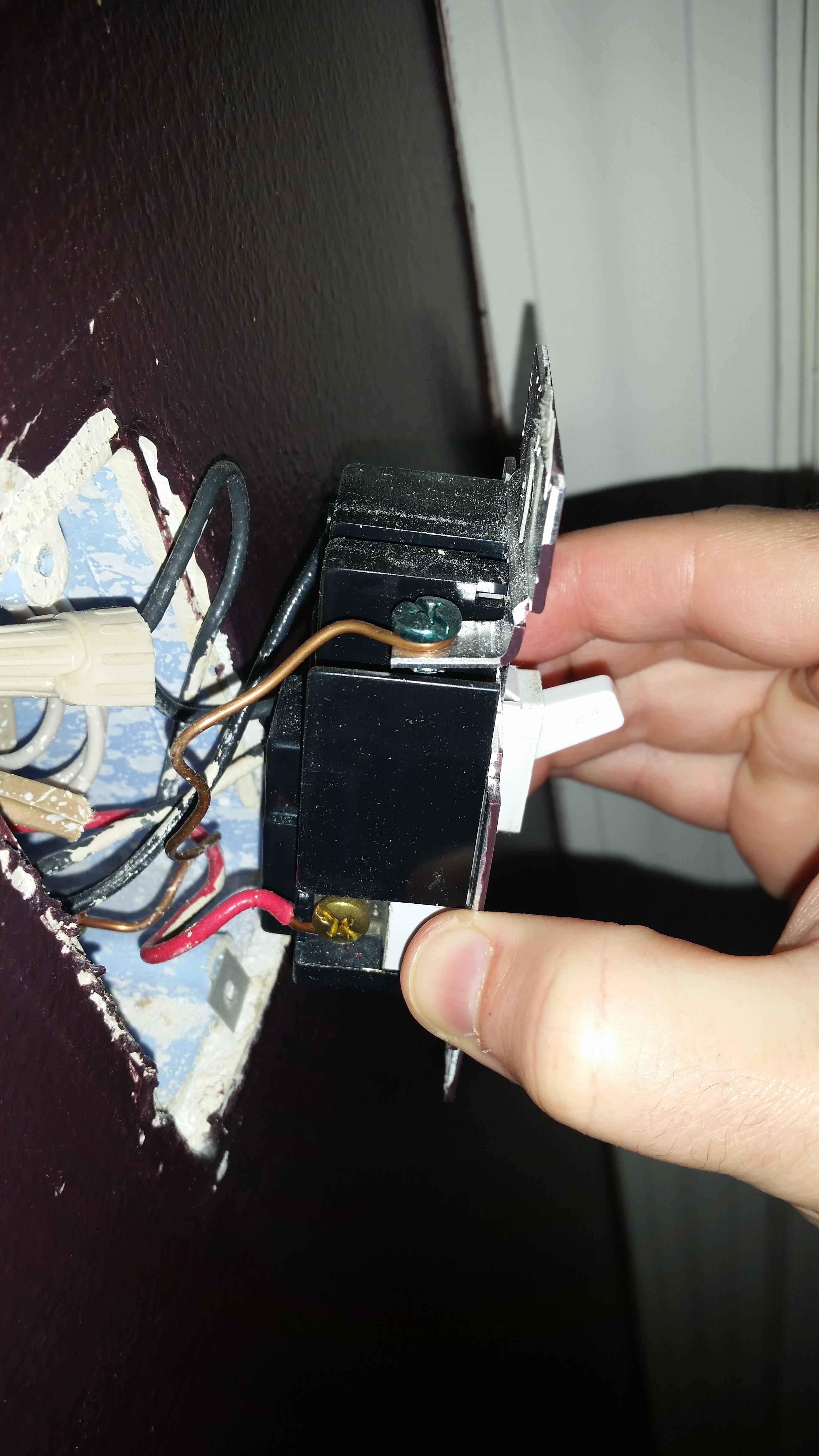 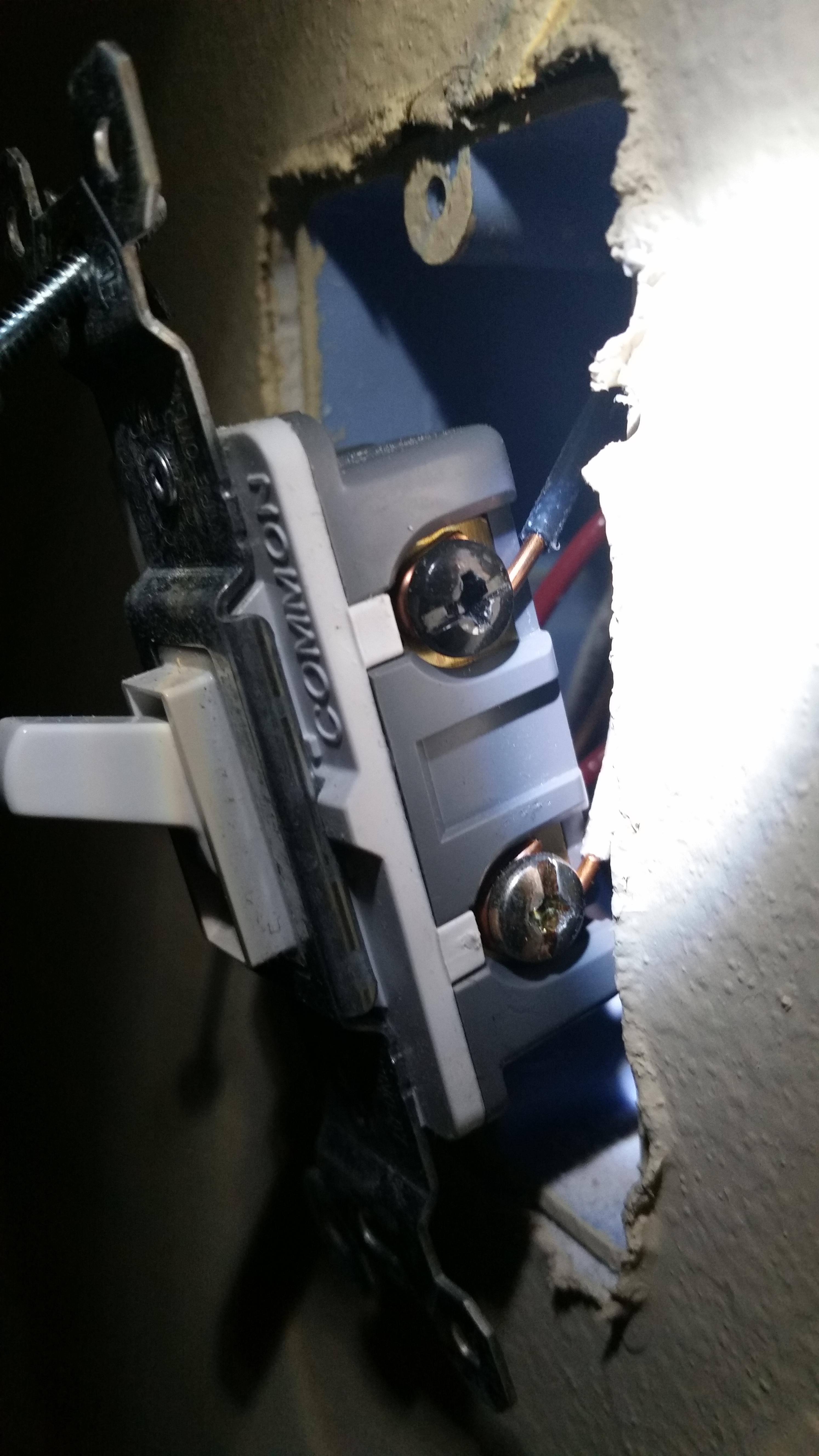 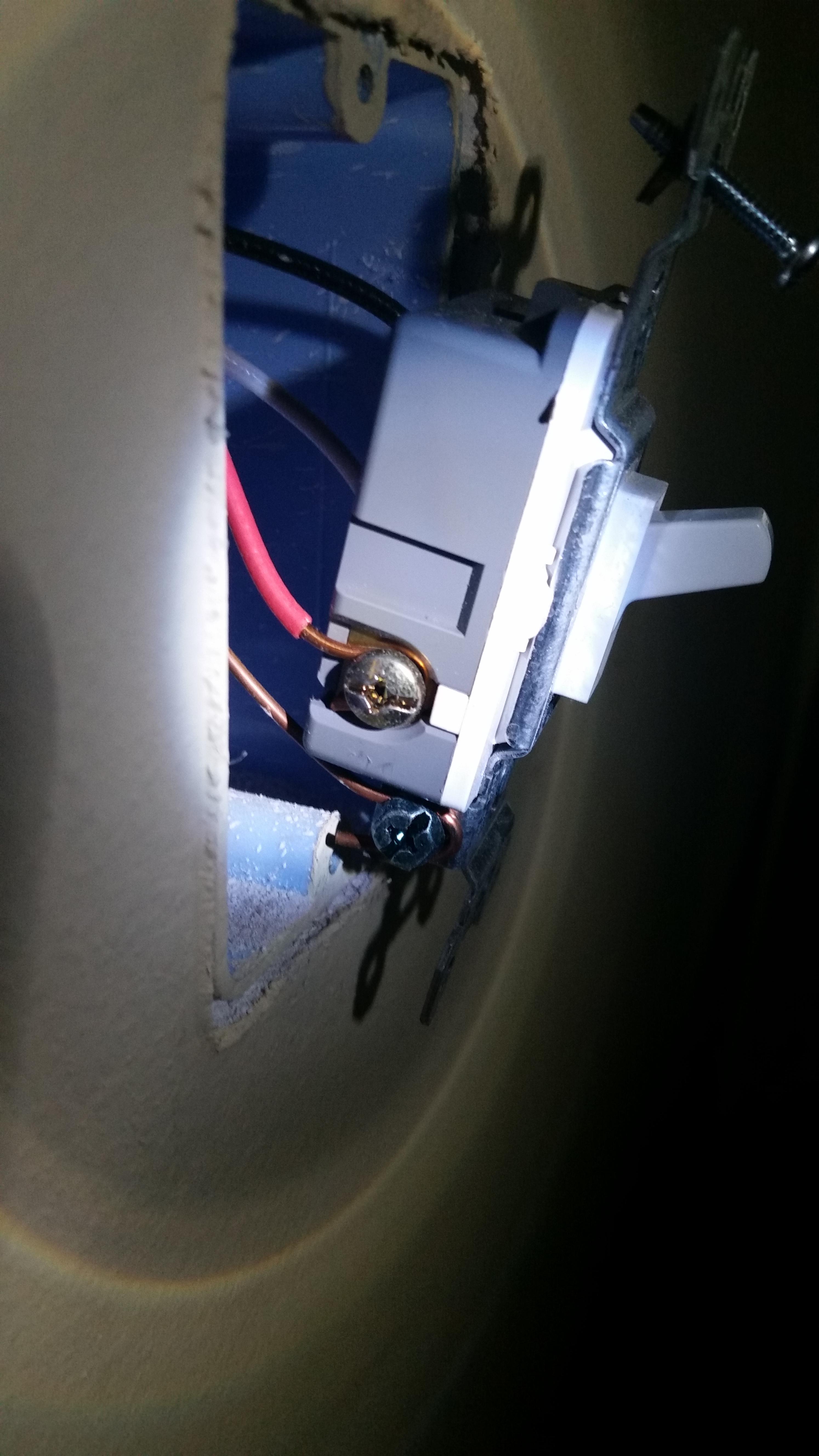 What is confusing me is that one switch has a white wire, and the other doesn't. Also, the second black wire on the dimmer switch is looping around the screw rather than terminating at it. If swapping these switches is a bad idea, I can just go buy a second non-dimming 3-way and leave the other one alone. I was just trying to make use of what I already have, and being able to dim in the bedroom would be kinda nice. Thanks for any assistance.

On your dimmer switch, the common is the reddish colored screw on the bottom of the first picture. It has a loop because it is the source of the hot, and the other wire is feeding another part of the circuit.

The other two wires on that switch, black and red, are the travelers.

On the non-dimmer, the common terminal is plainly marked. It has a black wire. The white and red wires are travelers. The white wire should be marked as black (marker or tape) because it is a hot line. It is acceptable to use a white wire for hot if it is marked.

You can easily swap out the switches. Just make sure that the wires that are now common are on the common terminals of the switches when they are swapped. And mark the white as black.

The color of wires isn't important, and the reason the black wire loops through the one screw is because it's a home run (supply) that also feeds other parts of the circuit.

Maintain the positions of the wires based on screw color and orientation (odd-colored screw and the one on the same side vs. the opposite side) and you should be fine.

Not the answer you're looking for? Browse other questions tagged electrical lighting led dimmer-switch or ask your own question.