How to adjust Ives Rota Closer

The door to our garage has an Ives Rota Closer. In the past the door has always swung shut on its own, however today our daughter was pulling the door open (a bit too far I think) and now it suddenly seems to have lost its "pull" and the door no longer closes on its own.

There is no model number or other information on the closer except for the words "To adjust / Push up & turn" and an arrow pointing down to a short cylinder of some sort which comes out of the bottom and which is slotted for a negative screwdriver. But when I barely press up on it the cylinder goes all the way inside and only slowly comes out again. There appears to be some kind of lubricant on it as well. I have tried turning the cylinder with a screwdriver with and without pushing the cylinder up into the barrel but there is almost no resistance to turning and it doesn't seem to be doing anything.

I haven't been able to find any kind of manual for this device, but obviously wants to be adjusted, so what am I doing wrong in trying?

Here is a picture of the device: 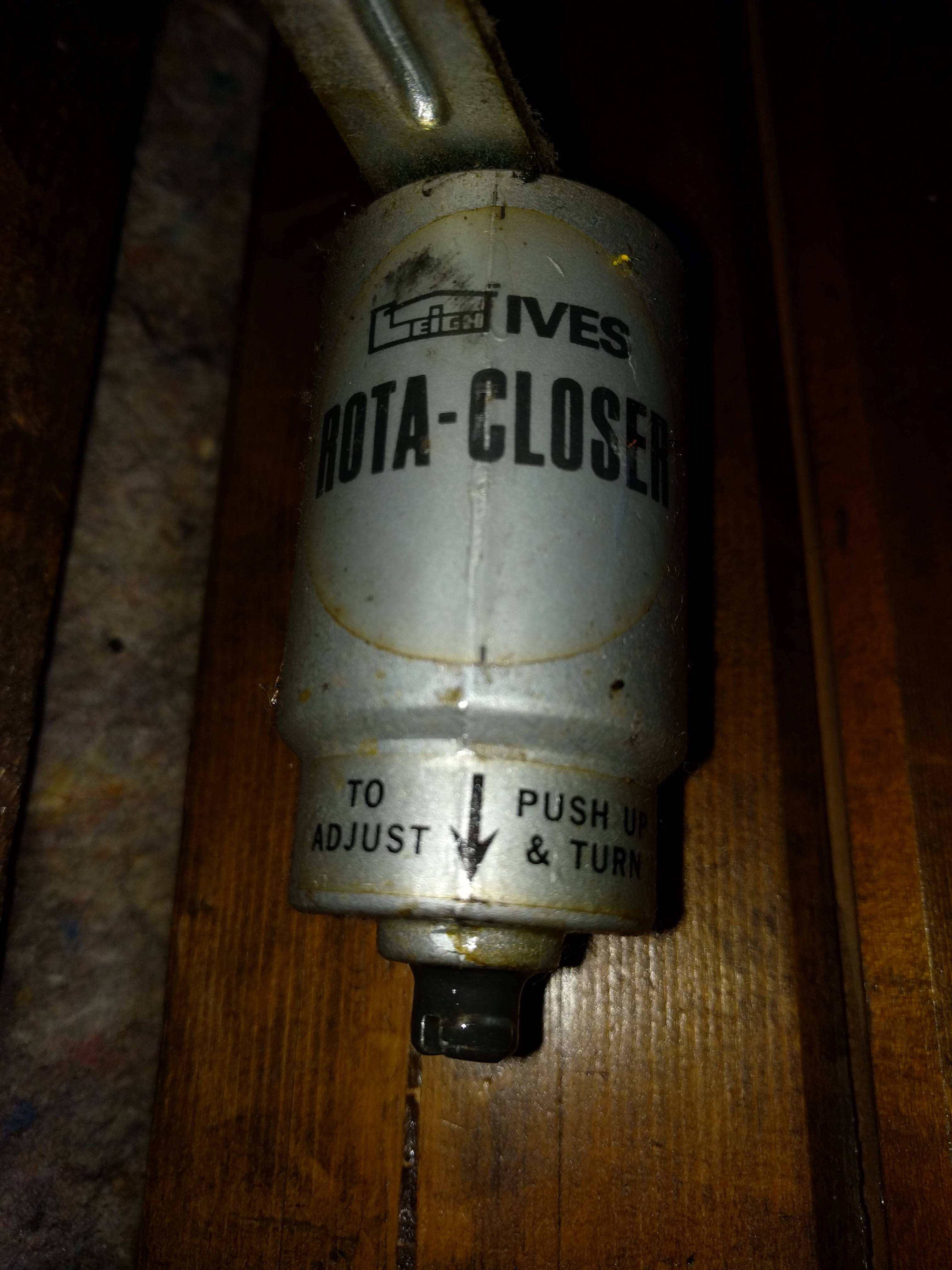 doors closer
Share
Improve this question
asked May 9 '16 at 0:24

Odds seem excellent that it was coiled spring closer, and the spring (having been overstressed by wide opening, and/or simply from old age) is now snapped, so "adjusting it" won't happen. Replace, with any suitable door closer (ie, it need not be this particular type, if it's hard to find, which seems likely)

Here's some info, though it does not directly confirm or deny my suspicions: http://www.epivots.com/mpowr-mp-800.aspx

Not the answer you're looking for? Browse other questions tagged doors closer or ask your own question.

1
How to make door not latch
1
How do I reduce noise from the bolt hitting the strike plate on a door with an automatic closer?
2
Is this door closer okay, maladjusted, or broken?
1
Indoor sliding doors getting harder to open/close
1
How to unlock a locked interior door?
0
Gate closer for large wooden gate?
0
Screen door frame bulging
0
Storm Door closer that allows over 90 degrees of opening