Can my pex line freeze if I use 90 degree elbow connectors?

I'm installing a sillcock outside my house and I'm trying to create a drainable line so it won't freeze in the winter.

Here's the setup from the outside in:

This entire run is located through a basement crawl space that gets very, very cold (freezing?) in the winter.

I'm concerned about the two 90 degree elbows but its the only realistic way to get from the outside of the house and then under the floor joists. Will this be a problem?

I doubt you need the second 90 (#3) - PEX is bendable at large radius, and if you work with that, you avoid fittings that may have freeze damage (PEX itself does not mind freezing.)

If you think of it as if it was rigid pipe, you end up with a lot of fittings. If you work with its strengths, you can avoid many of those fittings, but you don't get tidy pipe-like runs.

I would be concerned with complete drainage ("slightly angled down while running under floor joists" may work for properly hung rigid pipe - pex is not rigid pipe.)

If you are concerned about freezing, then the simplest answer is to install a ball valve inside the house, where it is insulated, so that you can shut off and drain the water before it exist the house.

As for connecting to the sillcock, 1" pex is a slightly unusual size; Most sillcocks are 3/4 inch but 1/2 inch sillcocks are also fairly common, so (probably) what you want is a 1 inch barb to 3/4 inch (reducing) female threaded connector. I found an adapter from sears that could do the trick. U S BRASS CORP/ZURN-QEST QQSFC45GX 1 x 0.75 in. Barb Ringed Shank Pex Adapter. Below is picture of it, but for $17 it's not what I would choose. Also, you would need a 1" ball valve which will cost about $10-$12. 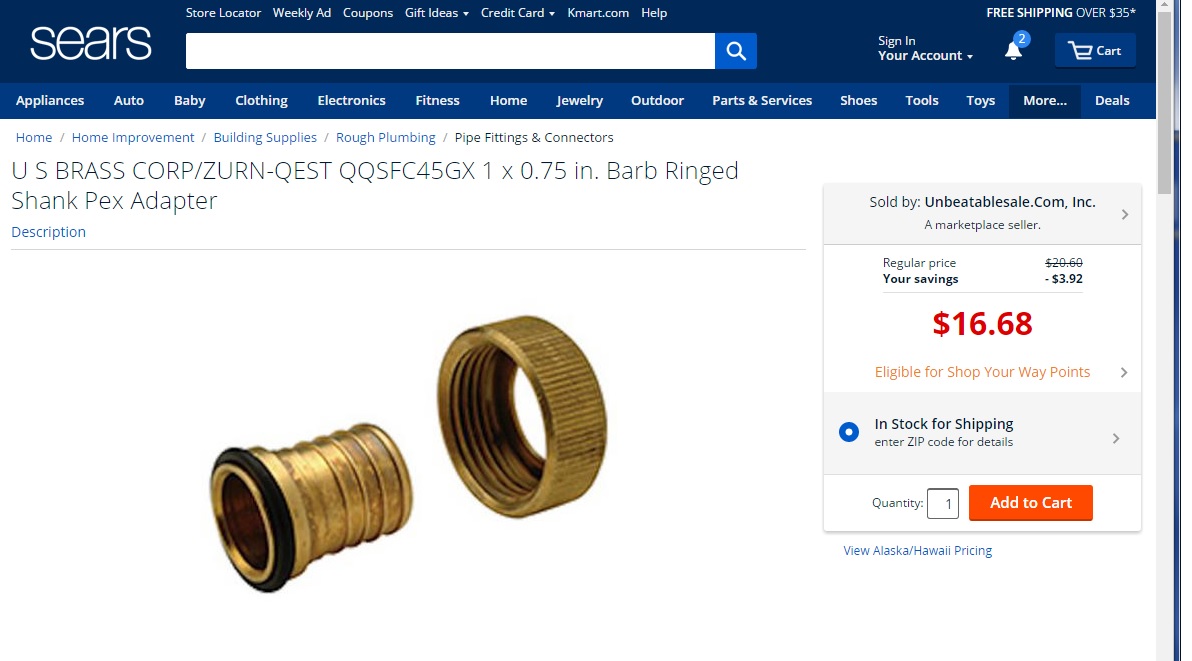 I think that the better solution would be to use a 1" to 3/4" reducer for $2, a 3/4" ball valve for $7 (it's a few $$ cheaper than a 1" ball valve), then a 3/4 inch barb PEX female threaded fitting for about $3. Obvioulsy, you would need some 3/4" pex and some elbows (as Ecnerwal pointed out, the alternative to fittings are bends... 3/4 inch has a tighter radius, but still, if you use a valve inside, then the issue of freezing is mute). 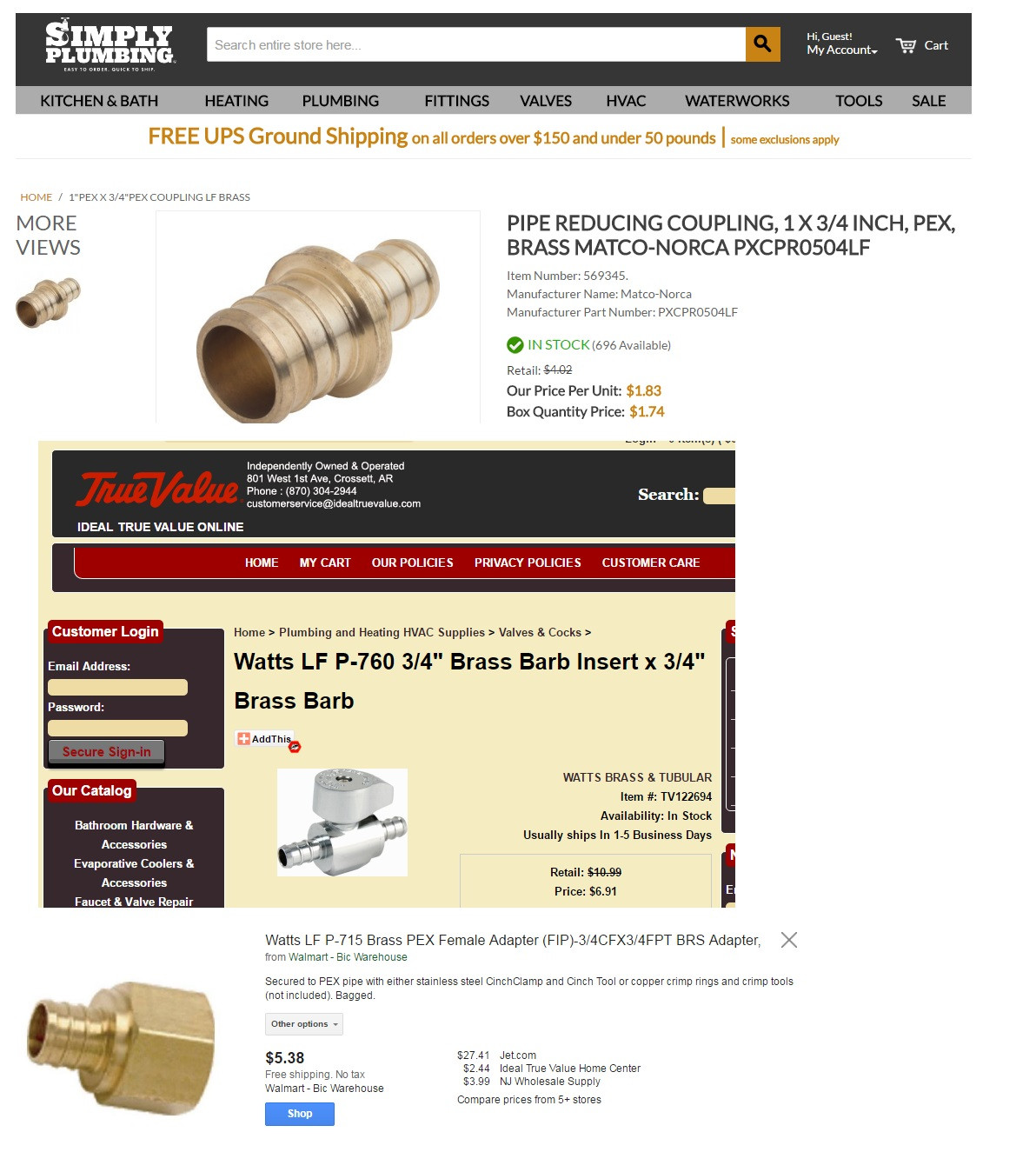 As for making connections with PEX, I like cinch clamps, but a cinch clamp tool is kind of expensive ($40-$120). Shark bite connectors are fickle; sometimes in tight quarters, there's not a better alternative. But I would hesitate to spend so much on shark bite connectors, when for the same price, I could get a new tool (that makes certain connections) which will have paid for itself on the first use (or at least by the very next use/project- over shark bites).

Would it be possible to drill the last two or three joists and just slope the PEX up into line with the sillcock? That way no 90 degree fitting at the sillcock end and everything at that end would be sloped back towards you drainable ball valve.

Not the answer you're looking for? Browse other questions tagged plumbing freezing pex angle or ask your own question.

6
Options for replacing an at-grade hose bibb
0
How do I plumb an outside line to a roof deck faucet?
1
Can I insulate PEX pipe in a crawlspace with fiberglass insulation?
0
What options do I have for replacing this sillcock?
3
Do I need to angle/pitch pex tubing for draining in the winter?
0
How can I make sure my pex line is sloped so I can drain it?
0
What type of plastic water supply pipe do I have in my crawlspace?
0
Frost Free Silcock - At Grade - Problem in Winter?
1
Can I use a 90 degree elbow between the tail pipe of bathroom sink and the trap?