How do I mount a ceiling fan to this fan box?

I want to put up some ceiling fans in my house. There are already some fan boxes in the ceiling that were covered with blanking plates (if there were fans there before, I assume the previous owners took them when they moved). 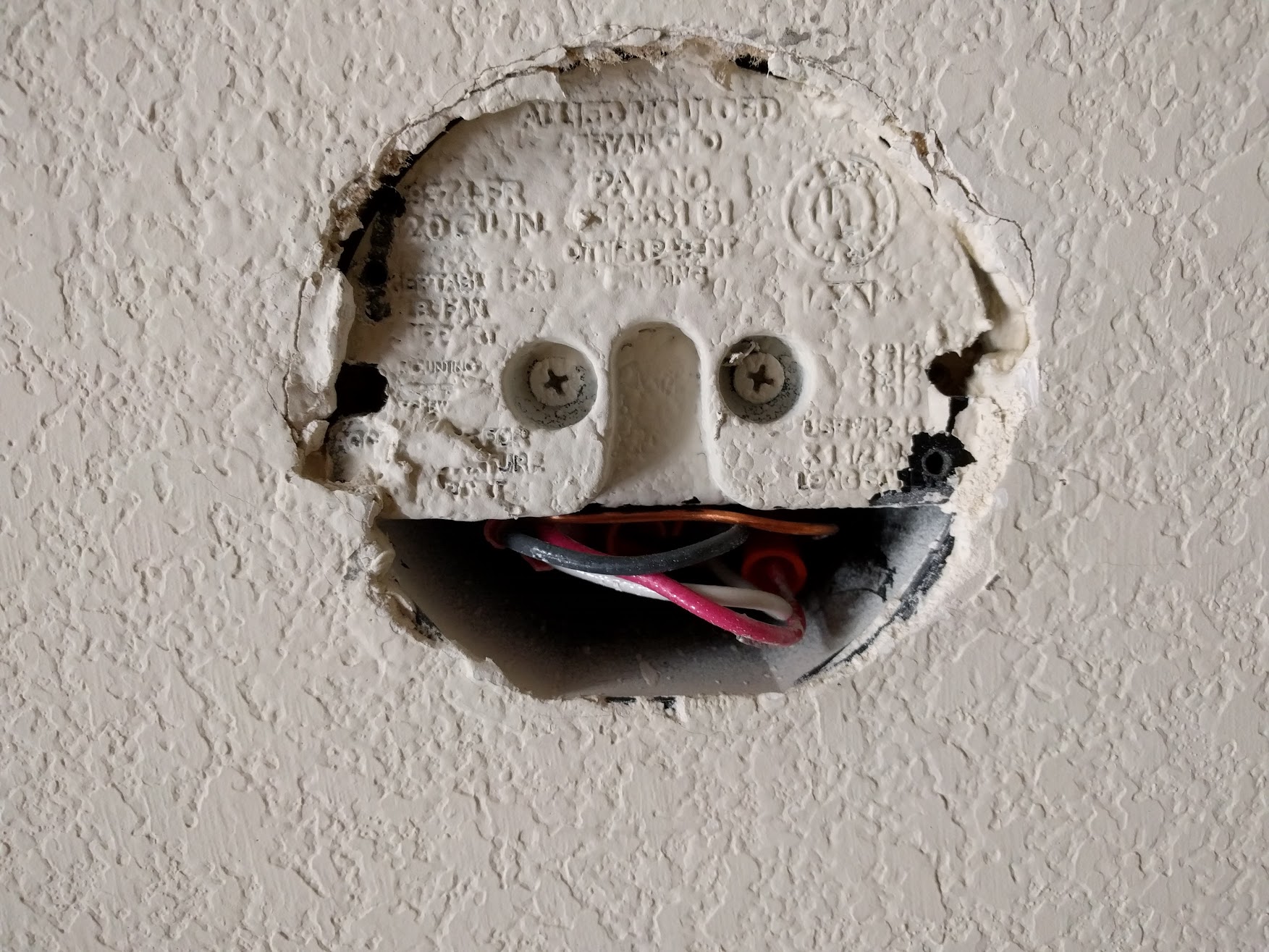 It looks like this kind of box would have originally come with some screws, which I don't have:

Here is a drawing where the embossed text can be seen more easily. http://www.alliedmoulded.com/media/941565/9373-FR.pdf

Yes to both of your questions.

The screws go into the notches/holes at the 9 and 3 o'clock positions in the photo of your box.

The two center holes are just to mount the box itself until a fan is installed.

2
Mount ceiling fan to joist on sloped ceiling
0
Mount Ceiling Fan to Old Junction Box?
4
How can a ceiling fan be mounted to a fan-rated box that has been extended?
3
Replacing existing ceiling fan but there’s no junction box
1
Attach New Brace to Joists for Ceiling Fan
0
Will this existing Outlet Box support a 23 lb ceiling fan
1
How should I connect a ceiling fan with four 12/2 cables coming in?
2
How to verify electrical box is secured strong enough for 16# ceiling fan?
11
How to hang a ceiling fan box in gazebo with no parallel joists?
1
Any way to mount a ceiling fan using a rectangular "wall" box?