Background: As the title says, I'm about to (within the next week or 2) install a dryer booster for a new (to my friend, not newly built) house. The dryer vent goes through a couple bends behind the wall but then goes straight up about 15-20 feet where it exits via the roof. After cleaning out two grocery bags worth of lint from the ducts I still couldn't feel anything blowing out of the roof exhaust so I took that to mean it was too much piping for the dryer and it needs booster fan.

Here's the dryer duct in the attic.: 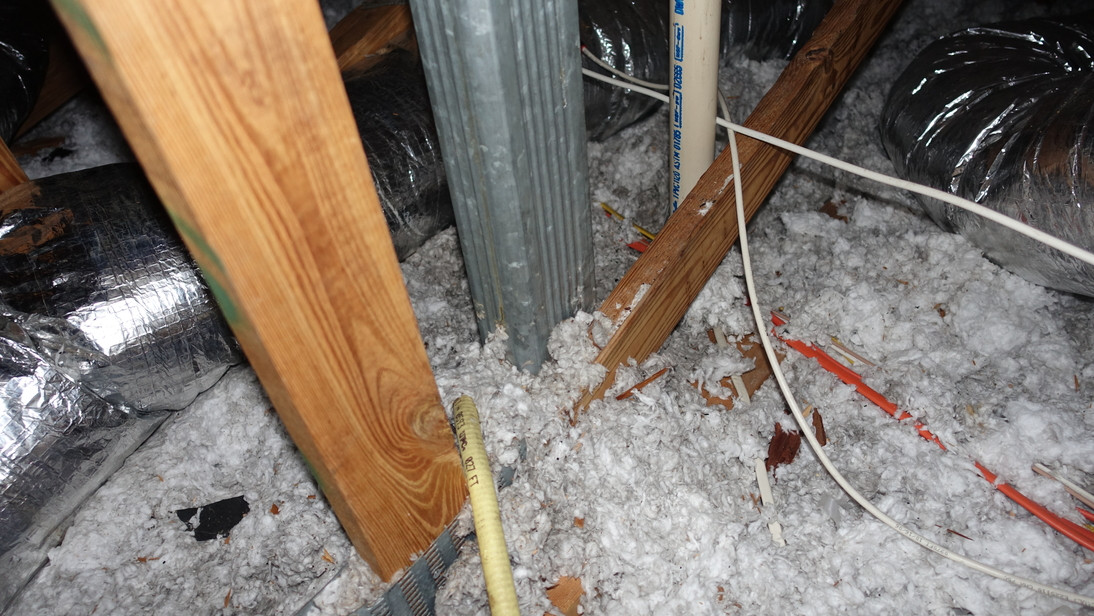 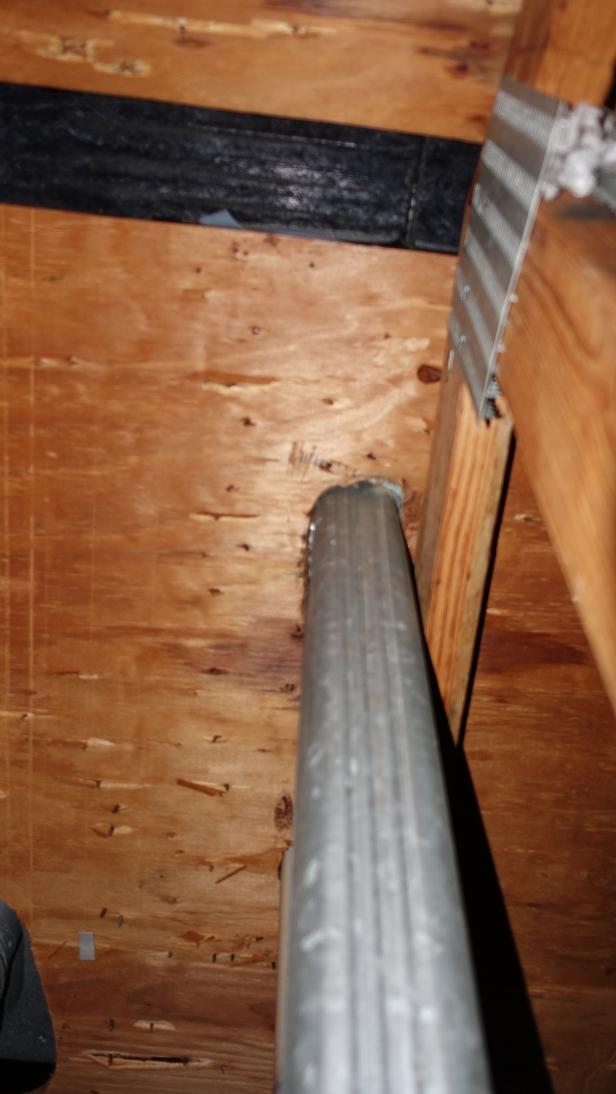 Rough plan: My rough plan is to get a few pieces of 2x4 or something (cue expert weigh in here) to make a support for the booster midway up the pipe in the attic so it is inline. The booster comes with a current sensor so I'll have to run romex up to the attic from the existing outlet (actually I'll add a new outlet just for the dryer so that washer doesn't trigger the fan). Luckily it's a gas dryer so it'll only be 110v which makes the current sensor hookup easier than alternative. The switch will be in the attic and since the fan has a 3 prong plug I'll add a plug in the attic as opposed to hard wiring. Here's a crappy drawing of my electrical plan. 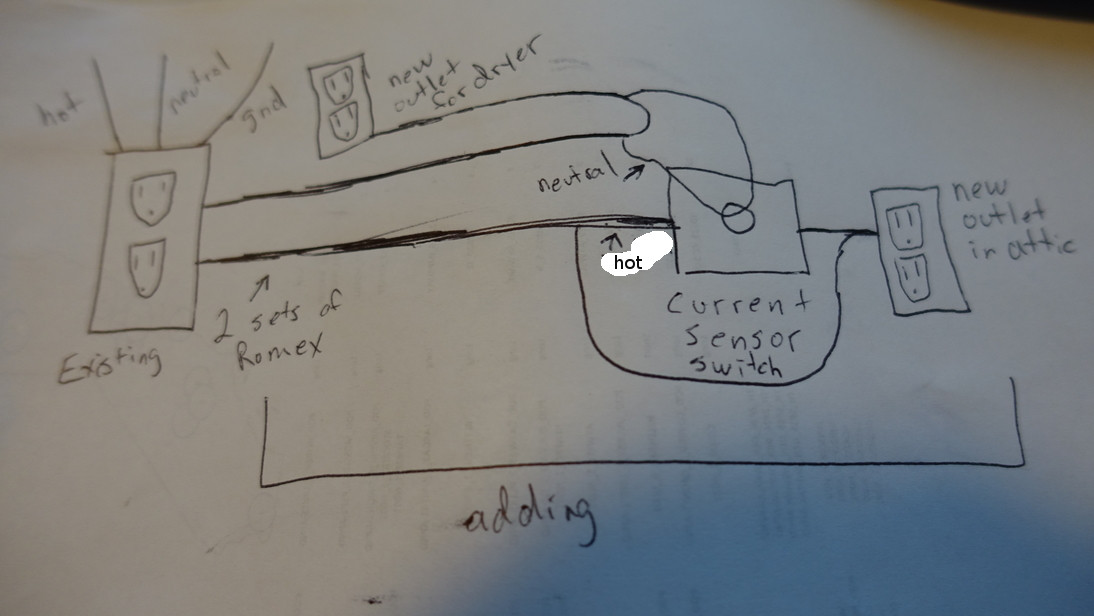 Is my electrical diagram OK (not the diagram itself but the meat and potatoes of it)? I didn't draw them in but the switch will be in a junction box and the new attic outlet will be mounted to a beam, very close to one another.

The manufacturer says to install the fan 15' from the dryer and 5' from the termination of the exhaust. I understand the 15' is to ensure that the lint is dry before it gets to the motor but I'm not sure what the 5' from termination is for. In any event, assuming I put the fan directly inline of the existing pipe, I'll probably be cutting one of those clearances a little short. Should I add more piping with a couple 45s to make a U in order to ensure the 15' and 5' are strictly met or just get it centered as best I can?

Are there any other red flags that I may be neglecting?

Browse other questions tagged vent dryer or ask your own question.

1
Bathroom, dryer and central vac - Can any of the exhausts be combined, and can any use the same penetration?
0
Boosting a dryer vent with an inline booster attached to the main line with a wye
0
Extremely long dryer vent line, non efficient dryer
2
Adding exhaust fan to semi-rigid dryer duct
1
Clothes Dryer Stops Heating
5
Dryer Venting Woes - what to do?
8
Dryer venting problem
1
Effective way to remove trapped lint inside blower wheel? Maytag mgd8630hw0