I am looking for a way to terminate stranded wires like this: 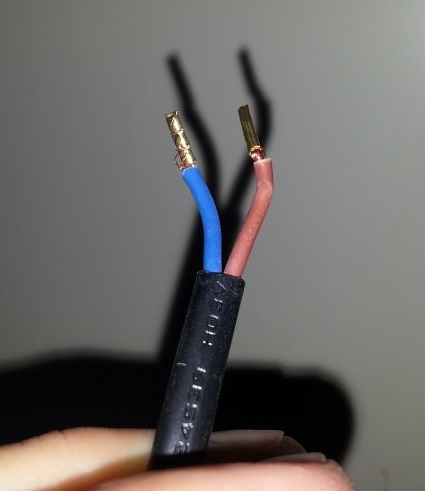 But in the DIY shops and I only find isolated ferrules with coloured plastic tubes to be put on top of the isolated part of the wire. Aesthetically, I prefer the "professional" option depicted above, which is also more suitable for confined space.

Update: FWIW, so terminated wires are typical if you buy a wire with a mains plug in Europe, here is an example of a German cable.

Update 2: I realized that the picture may be not clear enough. The main "feature" of these ferrules is that originally they seem to be a flat piece of metal, rather than a tube. This stripe is wrapped around the wire. Therefore there is a seam. What I like about such crimp is that it's almost as thin as the wire, while a deformed tubular ferrule is always thicker, since otherwise it won't fit on the wire before crimping.

I see those ferrules all the time on the lights I get from those friendly east Asian purveyors of sensibly priced goods. They are supplied in brown/hot and blue/neutral, which are Europe and UK color standards.

European use screw terminal blocks to terminate wires, so those ferrules work rather well with them. They also increase the effective wire size somewhat. You would particularly expect to see them on products with fine-stranded wires such as used in cordage. They are basically unheard of in the United States because they don't play well with our wire-nuts.

It doesn't surprise me if UK DIY shops (like our Home Depot) don't sell them. They are kind of a specialty item. You'd have better luck with a proper electrical supply.

I would expect those ferrules to take a special crimp tool.

Further search has not helped me identify the way to achieve the desired crimp. Here I summarize what I've found for reference.

The ferrules, or wire end sleeves, for crimping are regulated (at least in Germany) by DIN 46228. Originally, all ferrules are cylindrical, and crimping can result in different shapes (square, trapezoidal, trapezoidal indent, hexagonal, flattened symmetrical among other). Here is a picture from the linked document: 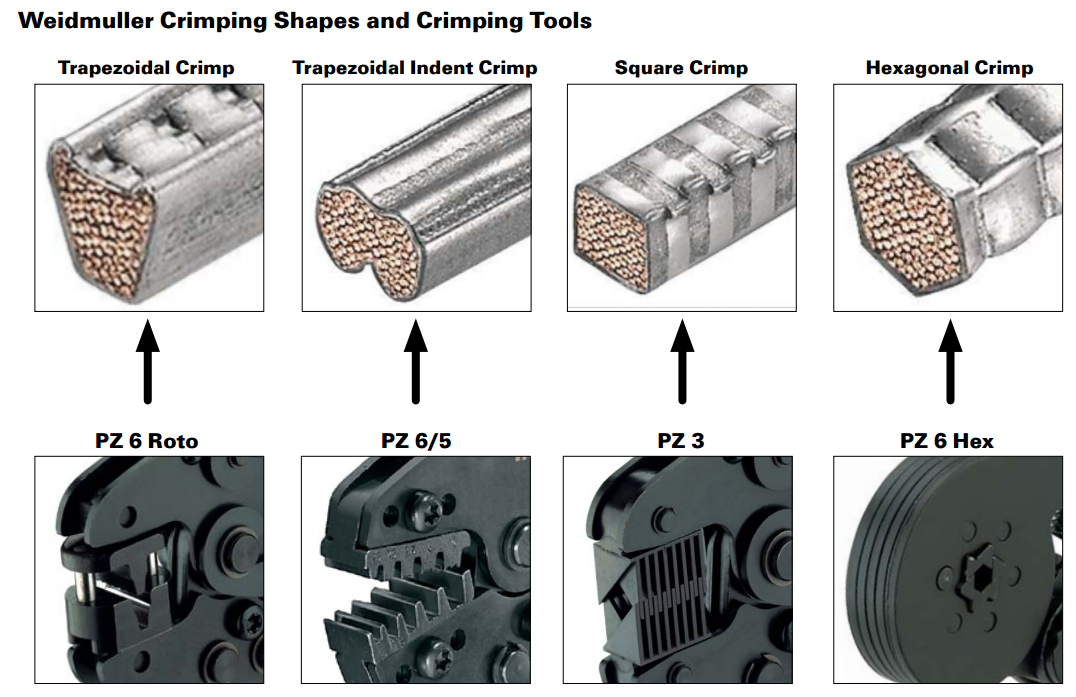 Based on my experience and quick internet search, common DIY tools create trapezoidal (e.g. GLW C 0225), trapezoidal with indent (e.g. Knippex 97 78 180), and flattened (e. g.Knippex 97 68 145 A) crimps. Other shapes require more sophisticated crimping pliers, as is apparent from the image above.