I am in the middle of replacing a kitchen fan w/light to only be a light. The current wiring configuration of the switch is as follows. The switch face, has two sliders, one for the fan, another for the light. The picture shown here is the back of that switch. 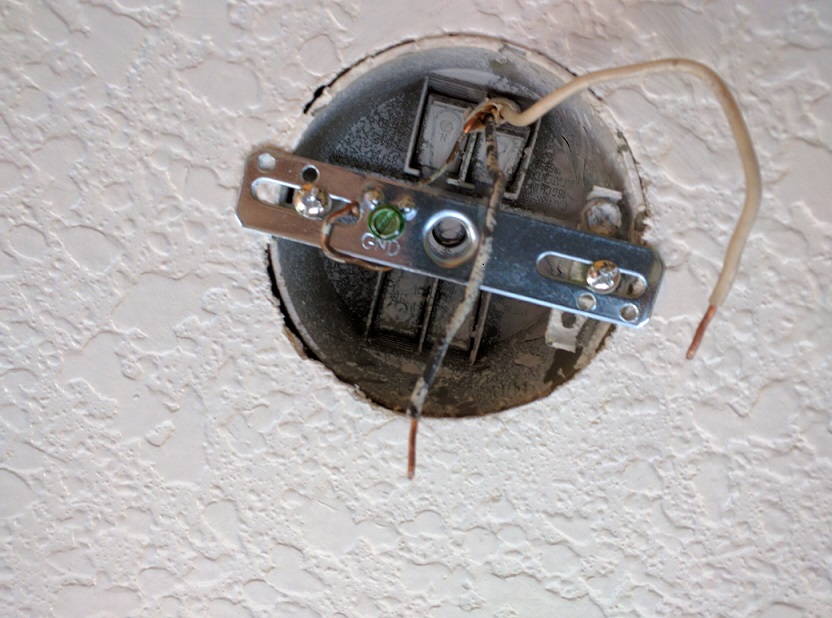 My questions are which switch do I need and how do I wire it up? Single pole? It would be great if I could use a dimmer as well, but not necessary.

Any suggestions would be greatly appreciated. Thank you!

I think ThreePhaseEel and A.I. Berveleri have figured this out. That circuit was originally wired for a light only, with a 12/2 cable going up there - hot (black), neutral (white) and ground.

Somebody added the fan later on, and they cheated. They used ground for neutral. They used black for the fan and white for the light.

First, mark your wires. Get some electrical tape and bundle together the white now going to TO LIGHT and the black going to TO FAN. These go to the fixture. Do that as far back as you can, so they are still free.

Note the black with white stripe wire. The wire nutted to it is supply power, or "always hot". Mark it (solo) with electrical tape so you can find it again.

Now, think about replacing that switch. Either with a plain switch, or with a modern dimmer or smart switch that plays well with LEDs and may have a neutral. Don't bother with CFLs, they are obsolete.

Now to put it back proper. The fixture white and black will be hot and neutral.

I won't delve further into how to install switches because it's routine from here.

Not the answer you're looking for? Browse other questions tagged lighting replacement fans or ask your own question.

0
How do I wire a new fan that I'm replacing
2
Wiring a fan/light/Bluetooth fixture
3
Ceiling fan & lights turn on automatically
0
Wiring new ceiling fan to existing light switch box
1
Wiring a ceiling fan with a light kit
1
Replaced a light switch and now it’s always on. Pops if you flip the switch