I'm building an aquarium stand, with only wood and screws. I'm only equipped with a miter saw, a drill, and some hand powered saws and a leveler- this will be my first woodworking project. The goal is to have a stand that will hold a 35-40 gallon aquarium that will weigh at most 500lbs. But I am hoping this stand could hold 900-1000 lbs. (If I were to sell this, it's footprint is able to hold 75-gallon aquarium)

On the interior corners, it will have a 2x4 that spans top to bottom (30in) that the other pieces will screw into. I can use 2x4's and 2x6's for the other lengths as well, but I was hoping to use 1-inch thick common board to keep the weight of the stand down.

The finished product would have 1/4in plywood on all sides and 1/2 on the top. I was also planning on adding two handles on each end (drilled into the internal 2x4) for ease of transport.

So here are the bulk of my concerns.

Would this design be able to take lateral pressure?

What alterations should I make to make it safe for 1000lbs?

Will the center piece (The one drawn in dashes) on the face and back be of any benefit? Or can it be left out entirely?

Should I use 1/2inch plywood on all sides instead?

The footprint of my aquarium is smaller than the stand, so it's edges won't be lined up with the frame, is that still safe? Aquarium is 36x15in and stand is 38x20in

The picture isn't entirely to scale, but it's close enough to get the point across.

Edit Updated Design - Forgot to add the two "joists" to the top and bottom. 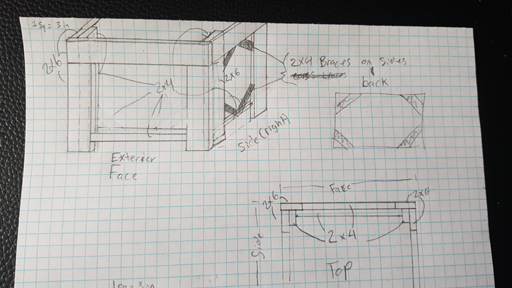 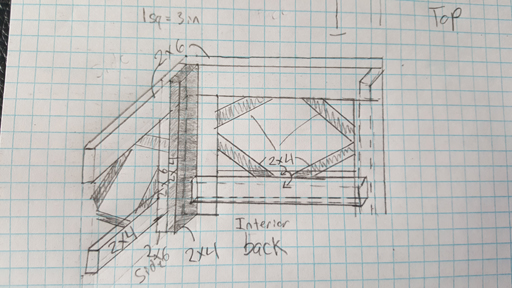 Use 2x material... it's probably cheaper, stronger, and gives you more surface to screw into. (edit: this was based on the original question -- 'use 1x or 2x material?')

1/2" ply would probably be fine, but I'd suggest you upgrade to at least 5/8" ply (or whatever the horrible version of that is in the box stores -- 19/32"?!?) to skin the exterior. Construction adhesive would also be a recommended upgrade. Screws every foot or so.

With a plywood skin on 4 sides and the top, lateral pressure won't be a problem.

Thicker ply and 2x materials should make this adequate for 1000#, but only you can be the judge. (Maybe we need a bounty to decide what the best testing methodology is... I vote that you take it to a big box store and start loading bags of concrete on it.)

For the top, if you aren't sure that your weight will be bearing on the wood, 5/8" ply wouldn't hurt, either. One cross-brace would probably be all you need to keep the top from sagging and help keep the entire unit from wobbling.

Design-wise, you can make your life somewhat easier by double-thicknessing the legs and lapping them. (Can sketch if needed.) The 2x6 at the bottom could be replaced by a 2x4. (edit: this comment was based on an earlier sketch...) 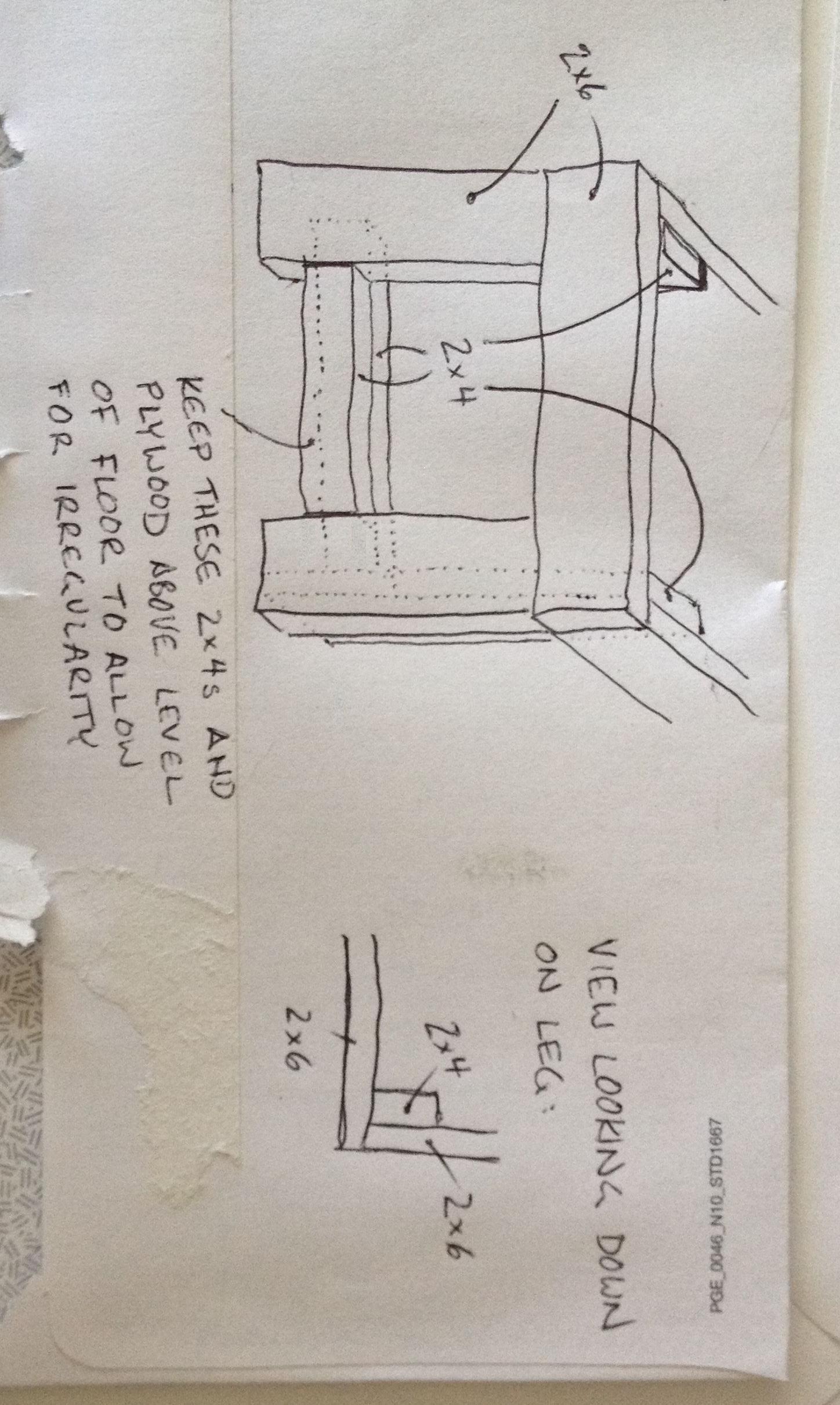 (sigh. after 2 attempts, I can't get it to rotate properly. Sorry.)

1x4s and 1x6s are the best material to use, 2x4 and 2x6 are overkill and much more difficult to work with.

Not the answer you're looking for? Browse other questions tagged wood furniture cabinets load-bearing or ask your own question.

8
Can I use two 2x4's to replace 4x4 posts in a loft bed?
0
How can I reinforce an entertainment stand for an aquarium?
1
Weight load of a hanging 2x4 shelf
0
Making box joists with OSB?
0
Is bottom support required for an aquarium stand?
0
Privacy Fence: Is this minimalist design efficient?
1
Rafter load capacity
0
How much weight can a 2x4 wall support?