How to patch wood subfloor surrounded by gypsum/gypcrete?

I have a 1'x 2' of wood subfloor in a bathroom corner that is rotted as seen in the picture. It's 3/4" thick. Below it is around 22" of space and the neighbor downstair. I know that much, but I don't know where are the joists. Originally on top of this plywood part is 1.5"-thick wood, while the rest is gypcrete. I am going to tile all after fixing this and patching everything. But now I don't know what to do with this.

What is the easiest way to patch this rotted wood? Can I just try remove as much rotted wood as possible and use epoxy sealer?

I am diy-er and only have a circular saw, reciprocate saw and a jig saw. If it has to be cut out, how do I find the joists? How can I limit the damage, to the surrounding gypcrete, the below joists, and the pipe? 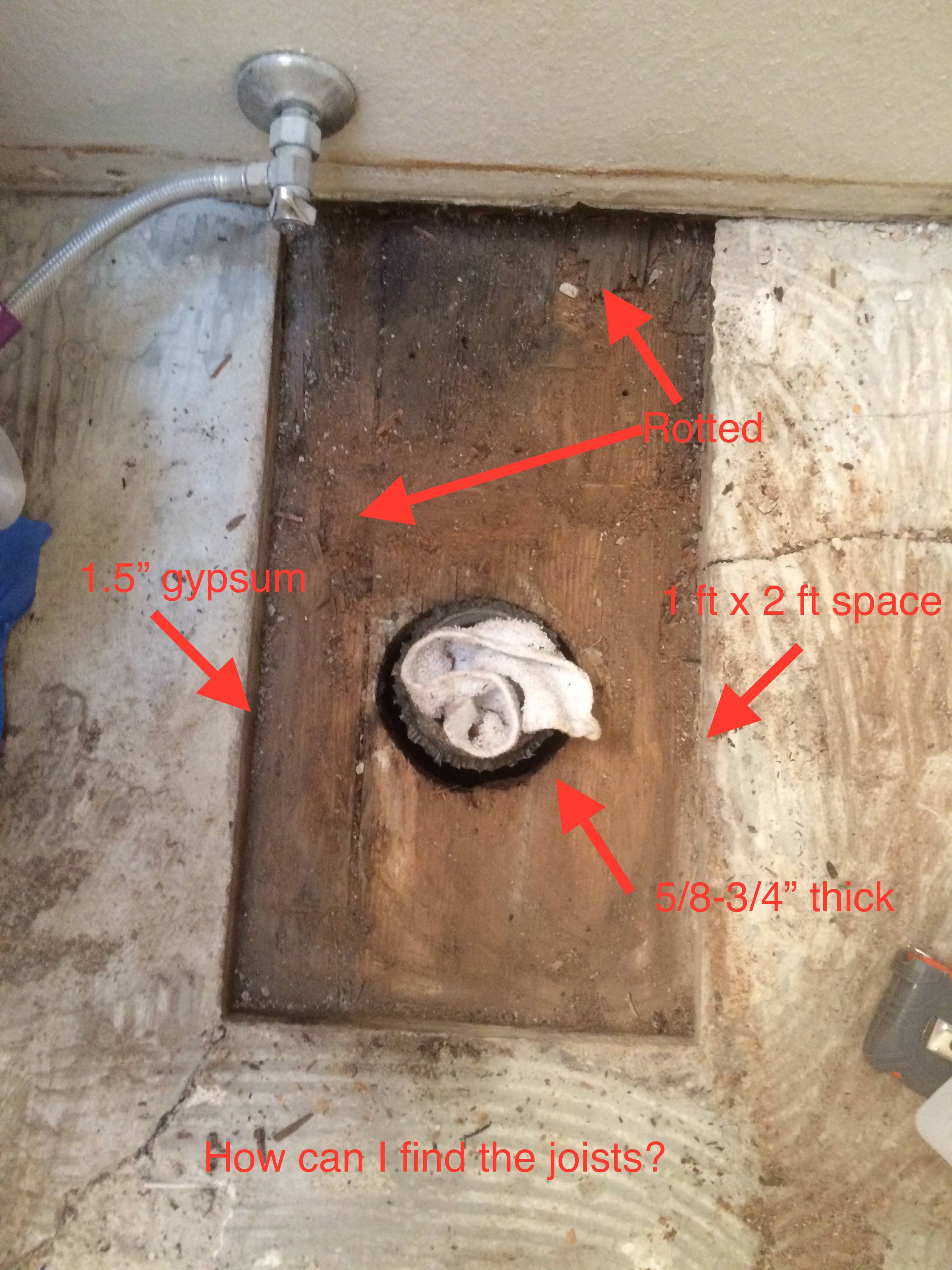 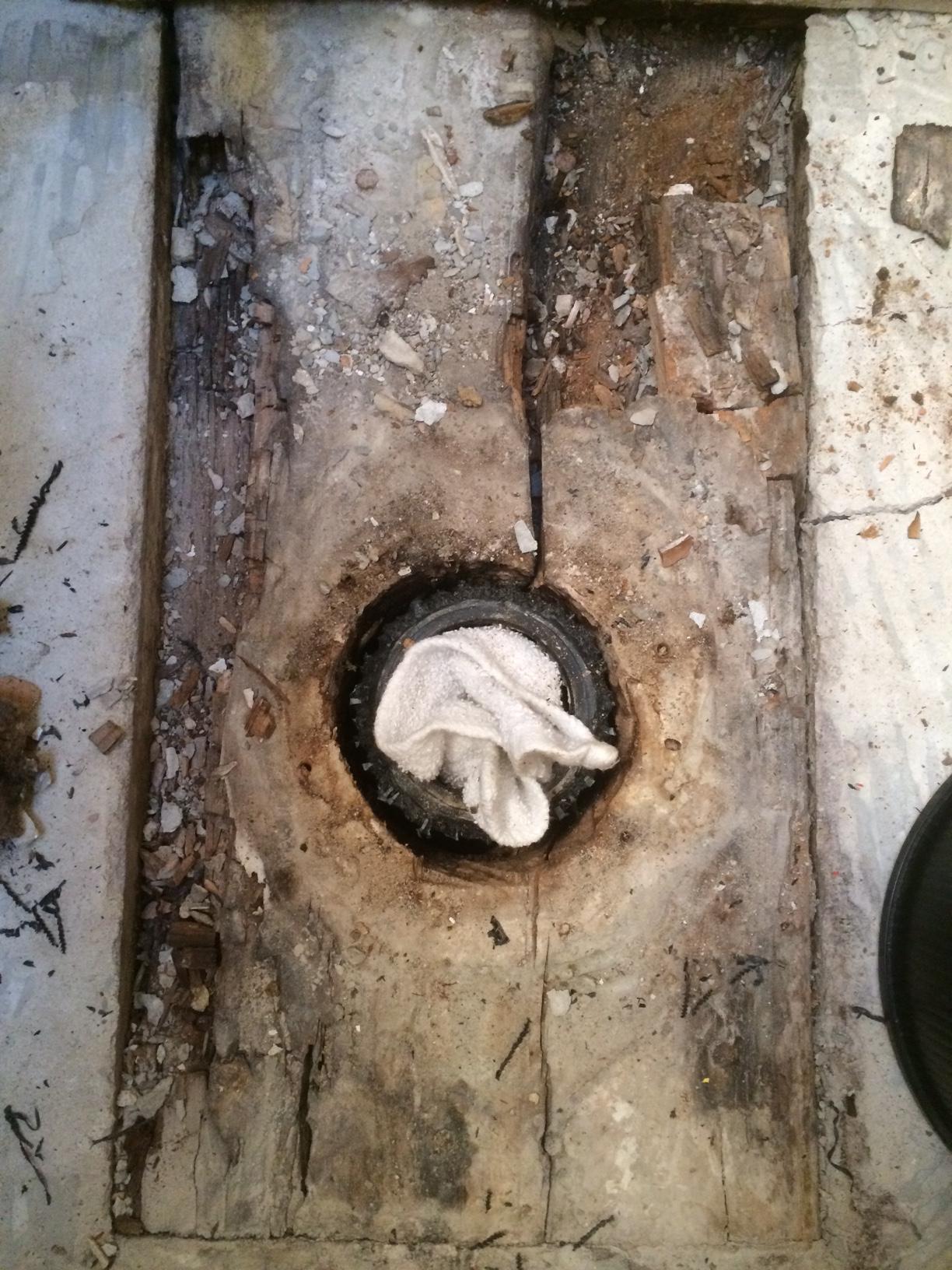 Assuming that you can't fix this without removing and replacing the subfloor (I can't think of anyway to "do it right" without doing so but I'm not all knowing in that area). To cut out the subfloor, you can use your circular saw for all but the corners. Since you know the thickness of the floor, just set your blade such that it's depth is exactly the same thickness (or slightly less) than the floor and have at it. If you aren't cutting beyond the depth of the floorboard, then there is no chance to cut into a joist. At the very least, this will allow you to cut a larger hole so that you can better evaluate what's under it.

For the corners and/or next to the wall, I recommend investing in a oscillating tool. And a straight cut blade (ones on the left): 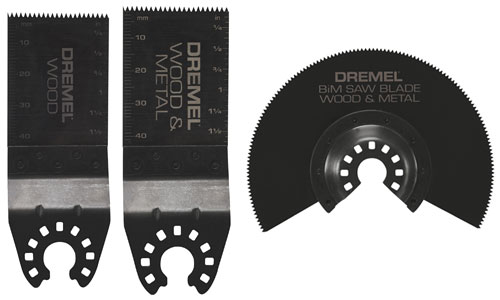 You don't need a nice oscillating tool for this small job and a cheap one can be had (at least in the US) for $20 from Harbor Freight or similar store (+$5 to $10 for the blade).

When it comes to how to patch it after it's removed, that entirely depends upon what's underneath that you have to work with. Since this is under a toilet (and you plan on tiling when its all said and done), it needs to be rock solid. You might have to expose more than your 1'x2' area to make it work and you will likely need to end up with something similar to this: 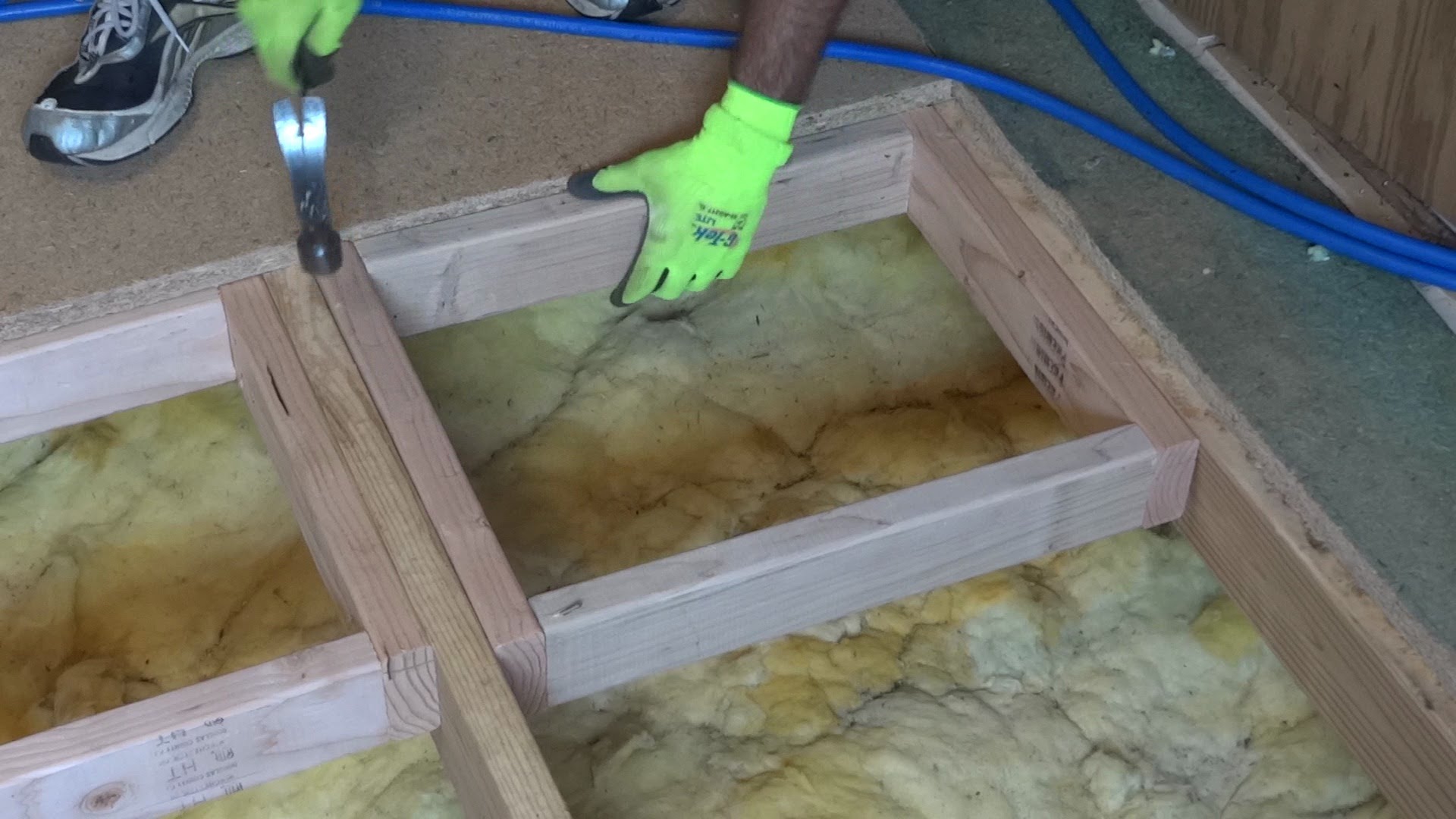 -edit- here is the video the above image came from that shows cutting out and replacing subflooring due to water damage by a window.

Considering you have plumbing you will have to work around, it might not be an obvious or simple fix and you may have to update the question (or ask a new one) after you get the subfloor removed.

Not the answer you're looking for?Browse other questions tagged bathroom subfloor plywood or ask your own question.

3
How can I remove just one tongue-and-groove subfloor board?
5
How to support the subfloor around a toilet between I joists
2
How to prep gypcrete bathroom subfloor that has wood around the toilet?
0
Subfloor Repair
1
How can I seal subfloor gaps before adding a substrate?
1
How can I remove / replace this OSB floor?
0
Crowned Floor Joist issue
7
How to repair/replace old tongue and groove plank subfloor in bathroom?
2
Plywood repair - subfloor prepartion - subfloor leveling
3
How do I repair my partially rotted subfloor?