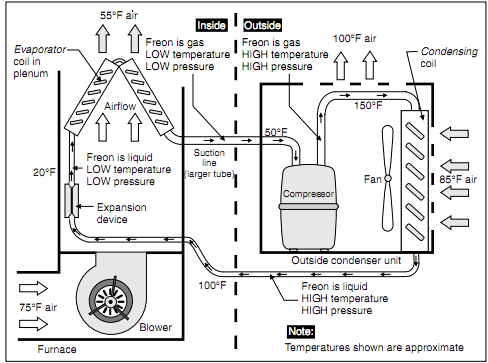 MatthewMatthew
1
Add a comment  |
Highly active question. Earn 10 reputation (not counting the association bonus) in order to answer this question. The reputation requirement helps protect this question from spam and non-answer activity.

2
If my air conditioner return line iced over and the fan stopped, is it broken?
2
What could cause a heat pumps line sets to be the same temperature when running?
1
A/C not keeping up
0
Does a central A/C with copper lines that are too small cause compressor and diaphragm failure?
2
AC Condensate Line Not Draining
4
HVAC is suddenly blowing room temperature air—compressor, fan still turn on
1
Window AC fan drip pan full
2
How to stop Central Air unit from freezing over inside and outside
1
Evaporator Coil Cold, but Not Ice Cold
1
Can it ever help to "reboot" an A/C compressor?