I have an existing stud assembly where a pedestal sink basin was bolted to the wall. I'm looking to replace it with the (future restored) sink in the photo, but I want to ensure its weight is supported.

Do standard stud/bolt supports work for a sink like this since there are no legs or a pedestal, or is further wall reinforcement needed?

I will definitely be using an iron bracket to attach it. 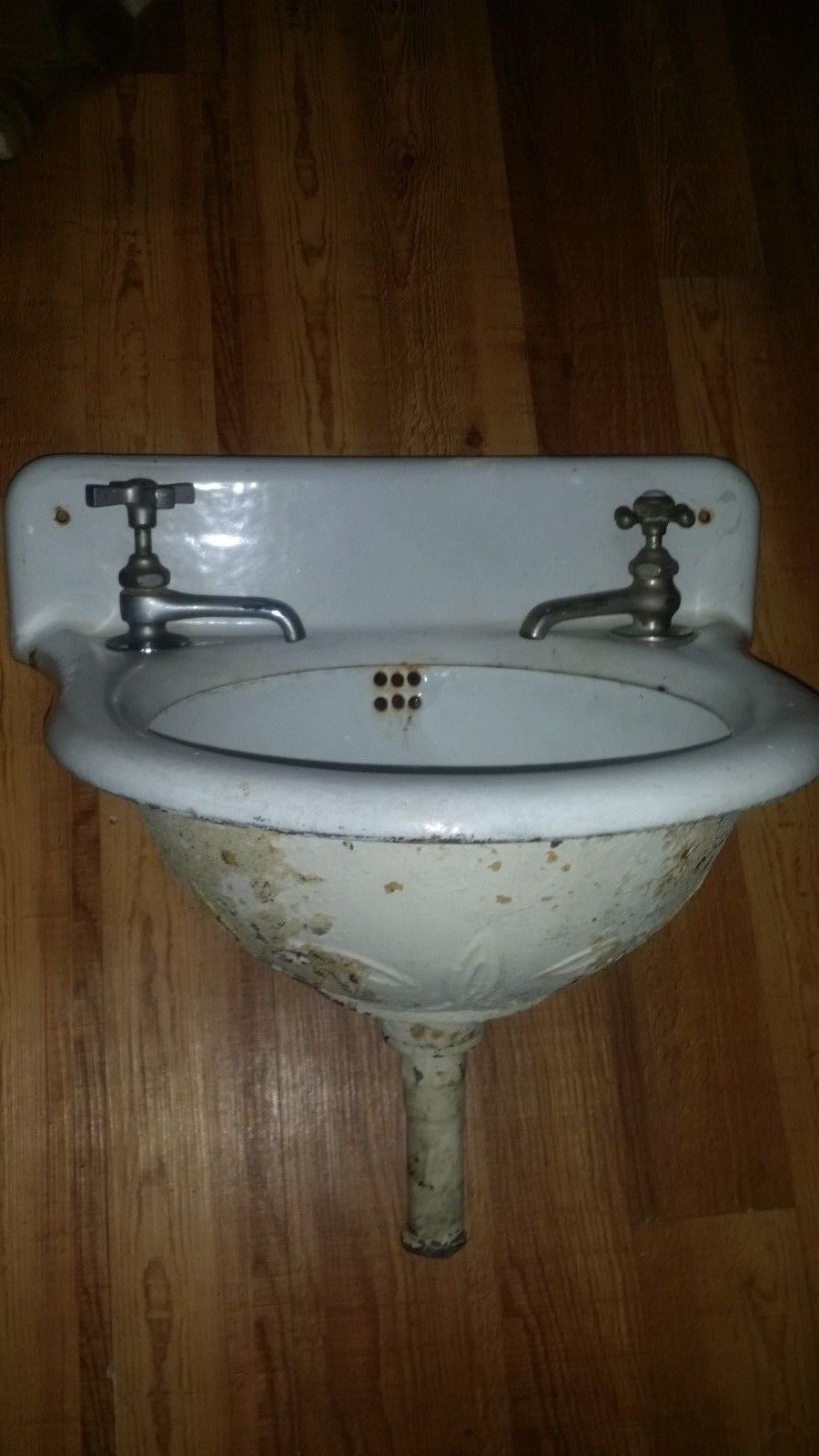 I have removed several of these sinks in the past when remodeling turn of the century homes.

They were bolted directly to the studs with ¼” lag bolts that were ~2-1/2 – maybe 3” long. One had a bracket it slipped on to no screws through the back is this the type of bracket you have? that one had 4 nails into the studs.

There was no other support. All of the houses had lath and plaster walls at least ½” thick maybe slightly thicker. One of the sinks still had the ceramic buttons that covered the bolts I believe these are the hardest parts to find originals for.

One caution most of the drains the drains were made from lead pipe and had lead seals. You might want to upgrade the drain to get rid of the lead.

Many of those homes had oak 2X4's but I don't think there will be any problem with pull out with fir or pine studs.

Not the answer you're looking for? Browse other questions tagged plumbing sink or ask your own question.

1
How should this vintage wall-mount sink be mounted? Does not fit standard cast iron brackets

2
How can I replace cast iron sewer drain that goes through the basement wall?
2
Fix lead joint between cast iron and galvanized steel plumbing pipes?
3
Should I attempt to save 4" cast iron DWV fittings and pipe?
2
Adding a utility sink drain to the main to the main cast iron stack
1
How should this vintage wall-mount sink be mounted? Does not fit standard cast iron brackets
1
Does overmount fireclay apron sink need additional framing to support the weight?
1
How to mount an antique cast iron sink
1
Vintage Cast Iron Kitchen Sink