How should I attach a slab of soapstone to iron shelf brackets?

I have a 1'×3' slab of soapstone that I'm placing on top of my radiator, creating a shelf: 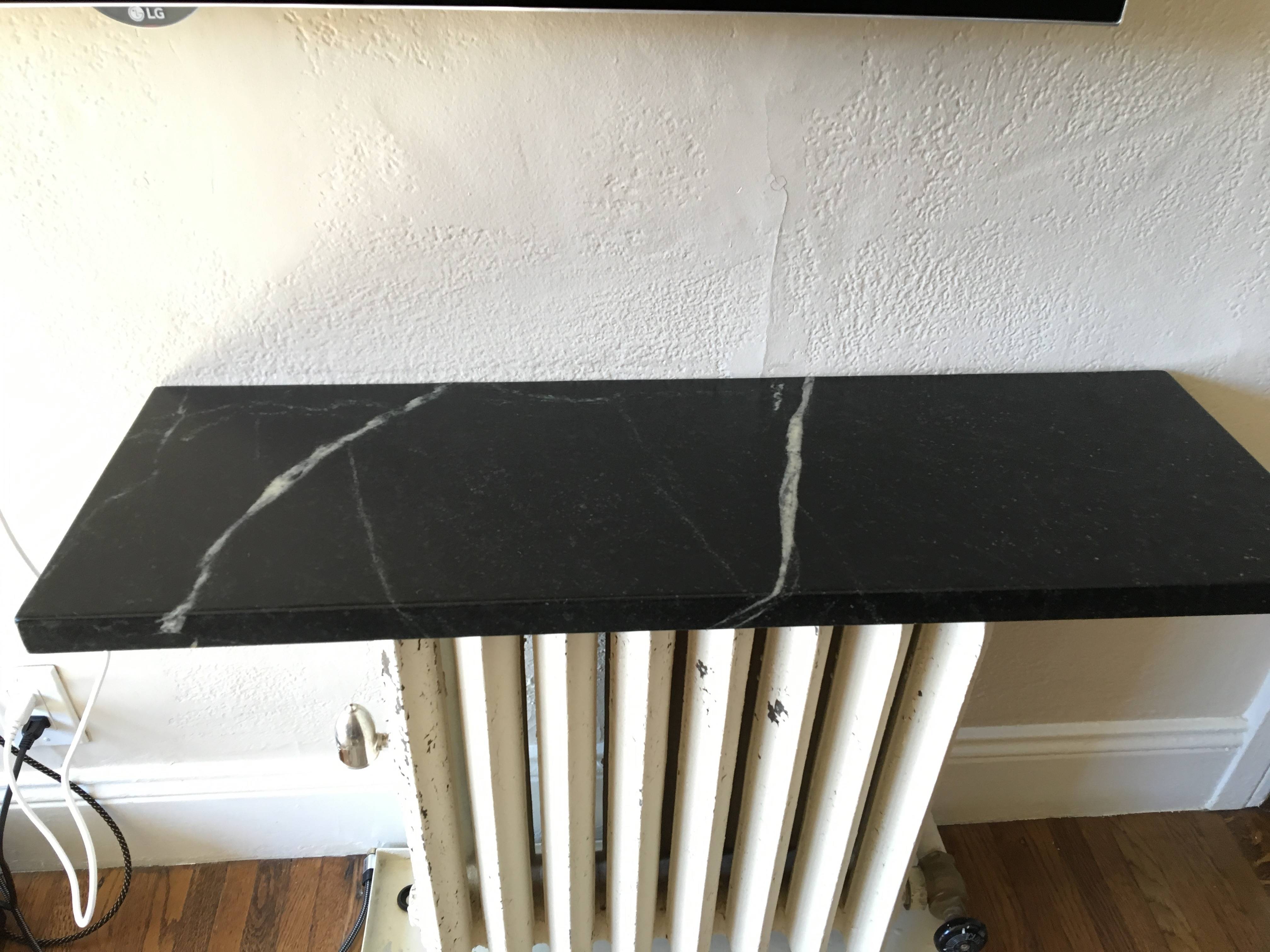 My plan to solve this is to use iron shelving brackets to keep the stone stable, but I'm not sure of the best way to attach the iron brackets to the stone. My dad suggested a silicon sealant. Is that a good choice for bonding the raw iron to the soapstone? I see on Loctite's website that they don't recommend it for iron, so I wasn't sure.

Edit: Based on some more investigation, some silicon sealants release acetic acid which can corrode metals, but there are also sealants that don't release it (which I think are called "neutral cure"). I'm still investigating how bad the corrosion is/if the neutral cure version is appropriate for stone.

Edit2: Potentially I should use epoxy for this?

If someone with enough rep to create tags thinks it's appropriate, this post should probably be tagged with "iron" and "soapstone".

Soapstone is easily worked. I'd drill holes (not all the way through) and tap them with an ordinary tap, (or even a modified screw - soapstone is really easily worked) and use machine screws or stove bolts to fasten the shelf to the brackets.

To make a crude tap from a screw, grind the threads off the end and grind slots. Look at a regular tap for guidance. or just buy a regular tap - they are not that expensive. If using screws near the length of the hole you'll need two taps, a regular tap (to get started) and a bottoming tap to cut the threads nearest the bottom of the blind hole. 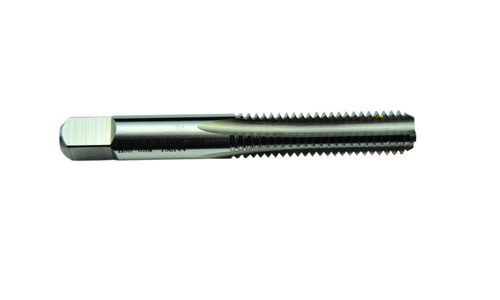 Use the silicone, contrary to some ideas expressed it does stick well to clean smooth surfaces. So well, in fact, that mechanical scraping is often the only way to remove it once cured (actually there are some chemicals, like dimethyl adipate, that soften cured silicone).

If the brackets are securely mounted to the wall, silicone will grip like hell and hold that slab of stone firmly in place. Don't worry about the acetic acid, it smells a bit but won't hurt the iron. The soapstone might get discolored a bit but the underside shouldn't be a concern.

I don't have enough reputation here to insert a comment, but I just want to say that the radiator will not work properly then. With radiators the heat spread mainly using convective transfer: the heat go up and you are blocking it with the stone.

I would use a Polyurethane Construction Adhesive to attach the stone to the brackets. I would also install the brackets so that there is a 1 inch space between the top of the radiator and the bottom of the stone shelf. This would help reduce the heat transfer to the stone, limiting any stress due to thermal expansion of the stone.

Silicone is not a particularly good choice for your application, since, one, it's soft (when fully cured, has the consistency of rubber), two, it does not actually stick to surfaces. (And yes, it releases some acetic acid while curing, but in minor quantities, it's a one time thing, and a few drops of acetic acid aka vinegar won't eat a hole through your painted cast-iron radiator.) Your linked loctite silicone is meant for making waterproof seals in gaps (e.g. between sink and countertop), not for structural applications.

Even most glues won't work too well between polished soapstone and iron. You could try the polyurethane adhesive suggested by the other answer, possibly after sanding both surfaces. A more permanent / sturdy approach would be to drill holes in the bottom surface of the stone block, use epoxy to glue a nut into each hole, and then screw brackets to those nuts once epoxy sets.

One part room temperature vulcanizing silicone elastomers are commonly of the air moisture reacting, acetic releasing type. This will typically not pose a corrosive problem, unless the acetic vapors are trapped in an enclosure (eg. electrical box). For critical applications in which corroision may be an issue, the less common neutral curing silicone formulations are utilized. Re adhesion: Again, silicones typically fall into adherent and non-adherent types. Silane coupling agents or primers can either be directly incorporated into the base silicone, or can be applied seperately. As previously stated, large size glass fish tanks are typically sealed/bonded using a silicone adhesive/sealant formulation. This material should adhere well to both (clean) soapstone and I assume properly painted iron brackets. Shelf can be seperated from brackets using thin sharp knife. Make sure to mount TV securely if earthquakes are an issue, and leave approx. 1" gap above radiator to help air convect and reduce direct heat conduction.

Not the answer you're looking for? Browse other questions tagged shelving radiator or ask your own question.

2
How should I refinish a pine shelf unit?
4
Is there any harm in using shorter shelf brackets with a deeper shelf?
7
How should I attach the cable of a cable-supported shelf?
2
How do I remove plastic shelf brackets that have broken off in the hole?
1
How do I attach a shelf to an existing kitchen unit?
1
What do you call the attach-y things on the business end of adjustable shelf brackets?
1
Wooden shelf with flat brackets?
0
Identification of shelf brackets