Can I take power from the hot line on another switch in a multi-gang box?

I have been working on wiring a Z-Wave 3 way dimmer. In my current three way configuration, I only have line, ground, and 2 travelers in the remote box.

In the primary box, I have 2 travelers, ground, load, and neutral.

It seems that in nearly every configuration (that supports LEDs and Fluorescents), both boxes need a neutral wire.

I could achieve this if I could use one of the traveler wires to get neutral to the remote box. To do this, I'd need to take power from another hot wire in the same box as my dimmer.

The dimmer is in a 2 gang box with the switch for my outdoor lights. Both the outdoor lights and the indoor light (that's on the dimmer) are on the same breaker.

My concern was that if I took too much power on the hot wire for the outdoor lights that it could be a fire hazard; however, it seems like if they're on the same breaker, that both of those loads are going into the breaker box on one wire at some point anyhow so they must have a high enough ampacity for both loads.

Is it safe to use the hot line from another switch like this?

Forgive me; these are my first wiring diagrams

Here are the current switch configurations 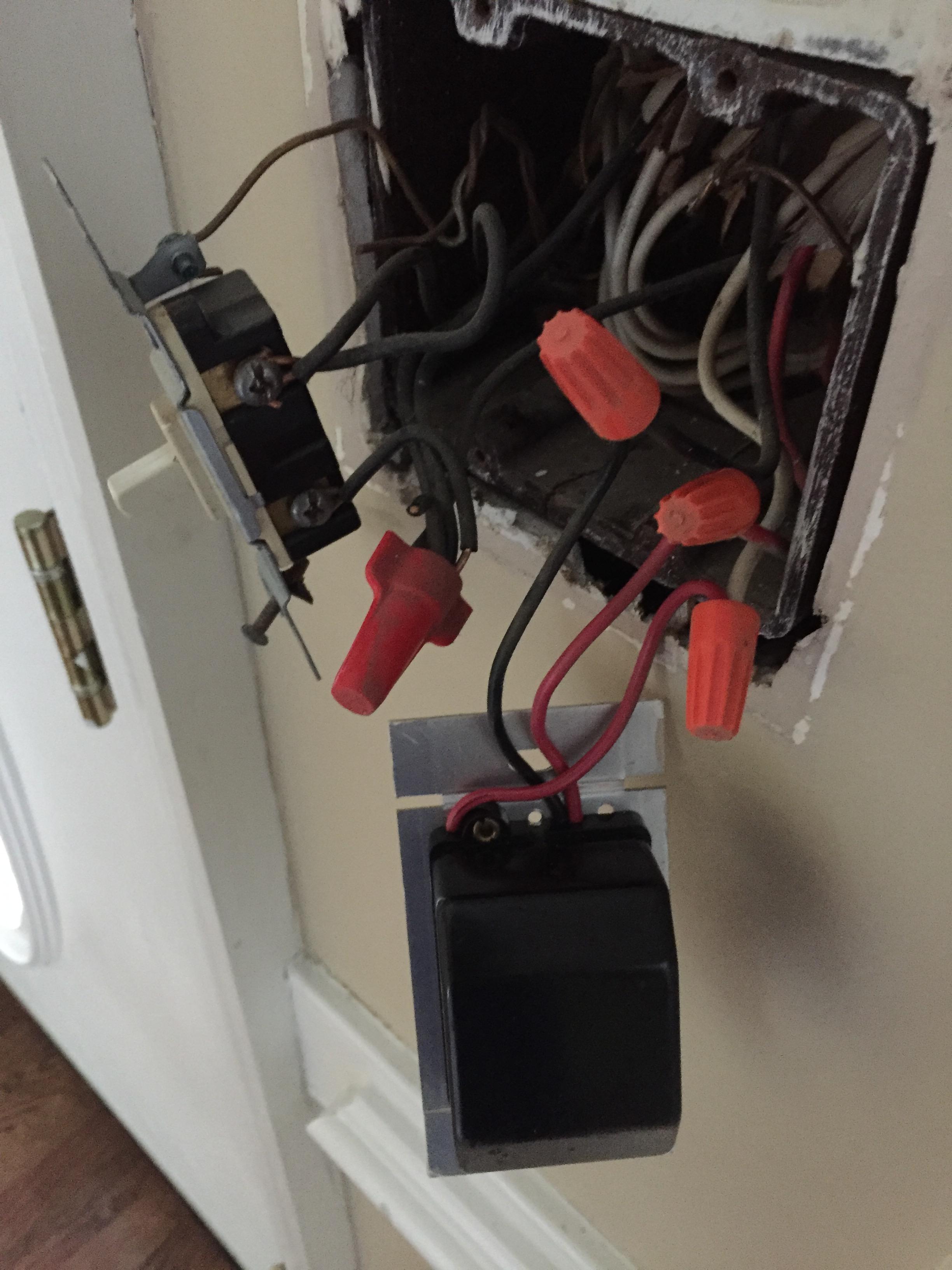 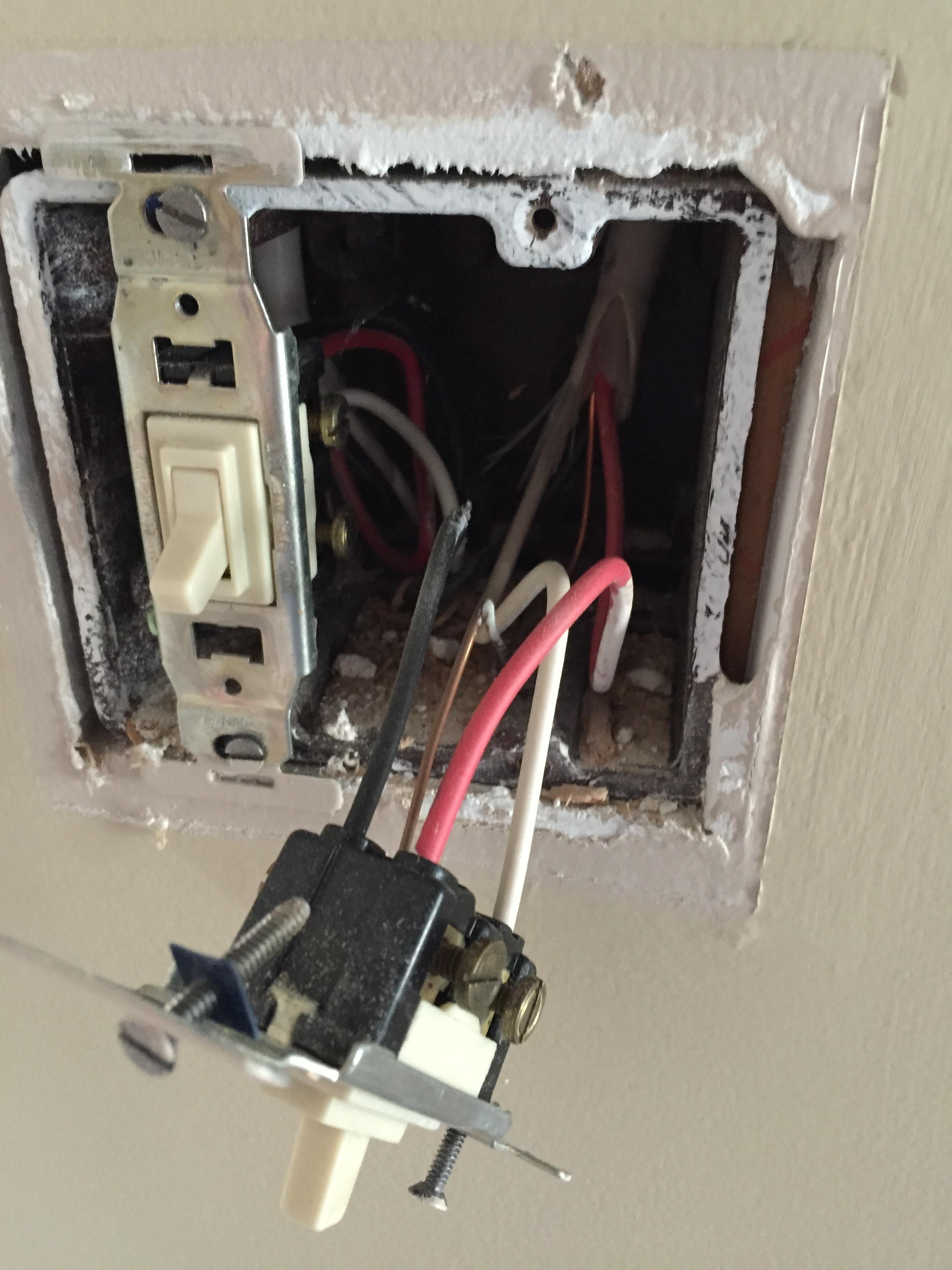 And what I think the current diagram would look like 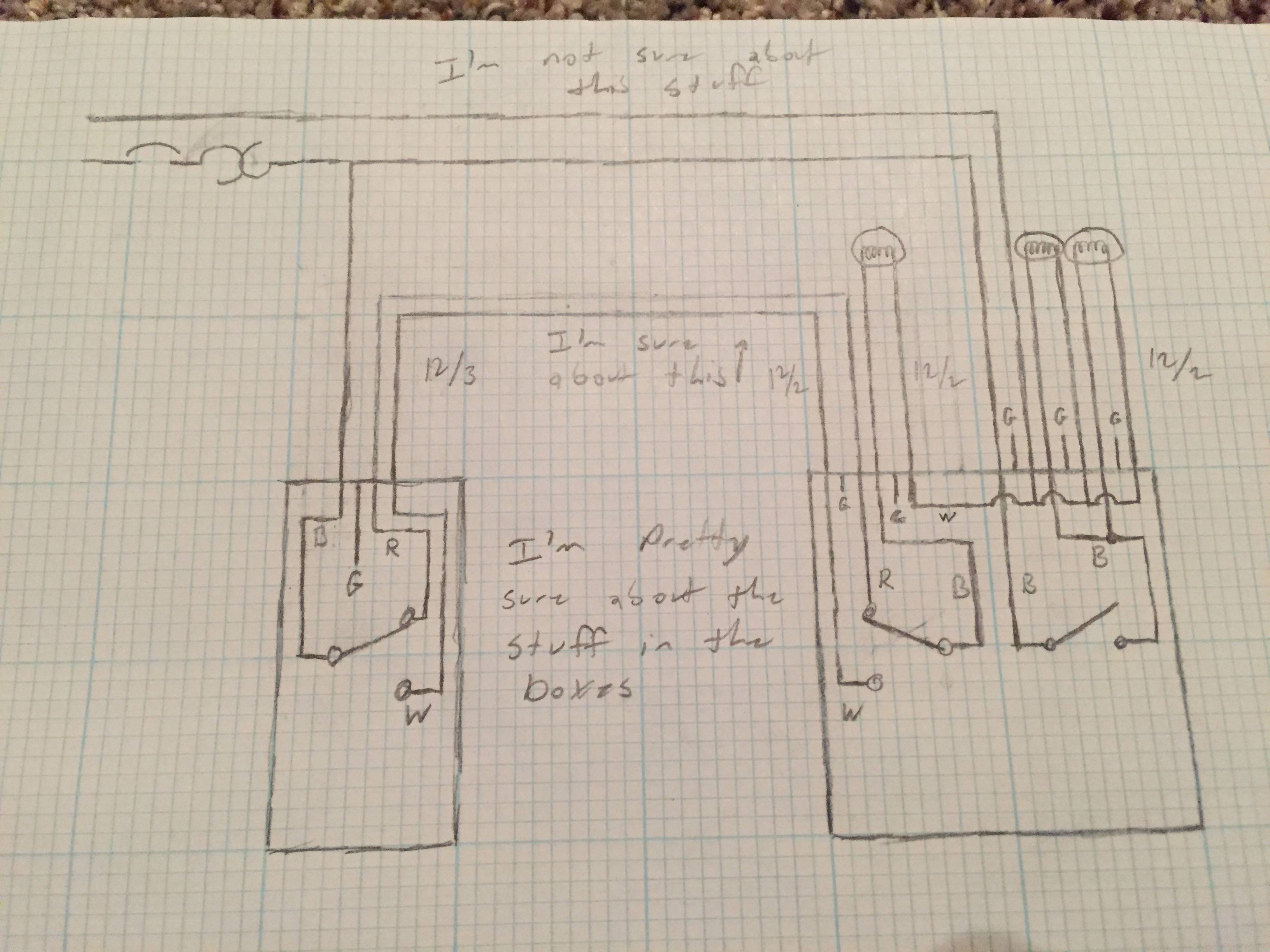 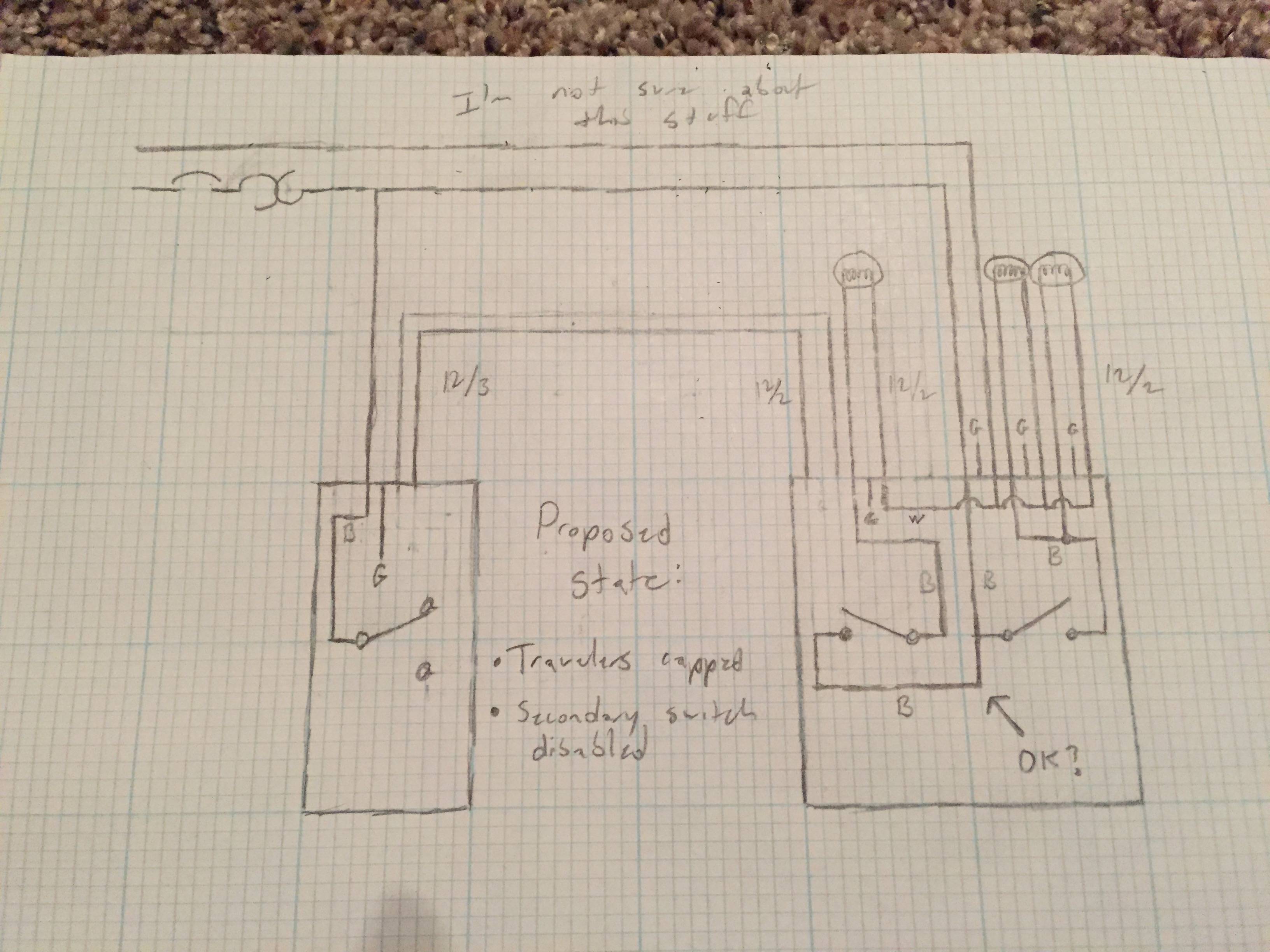 What I'm hoping to accomplish someday if I can get a better understanding of inductive coupling: 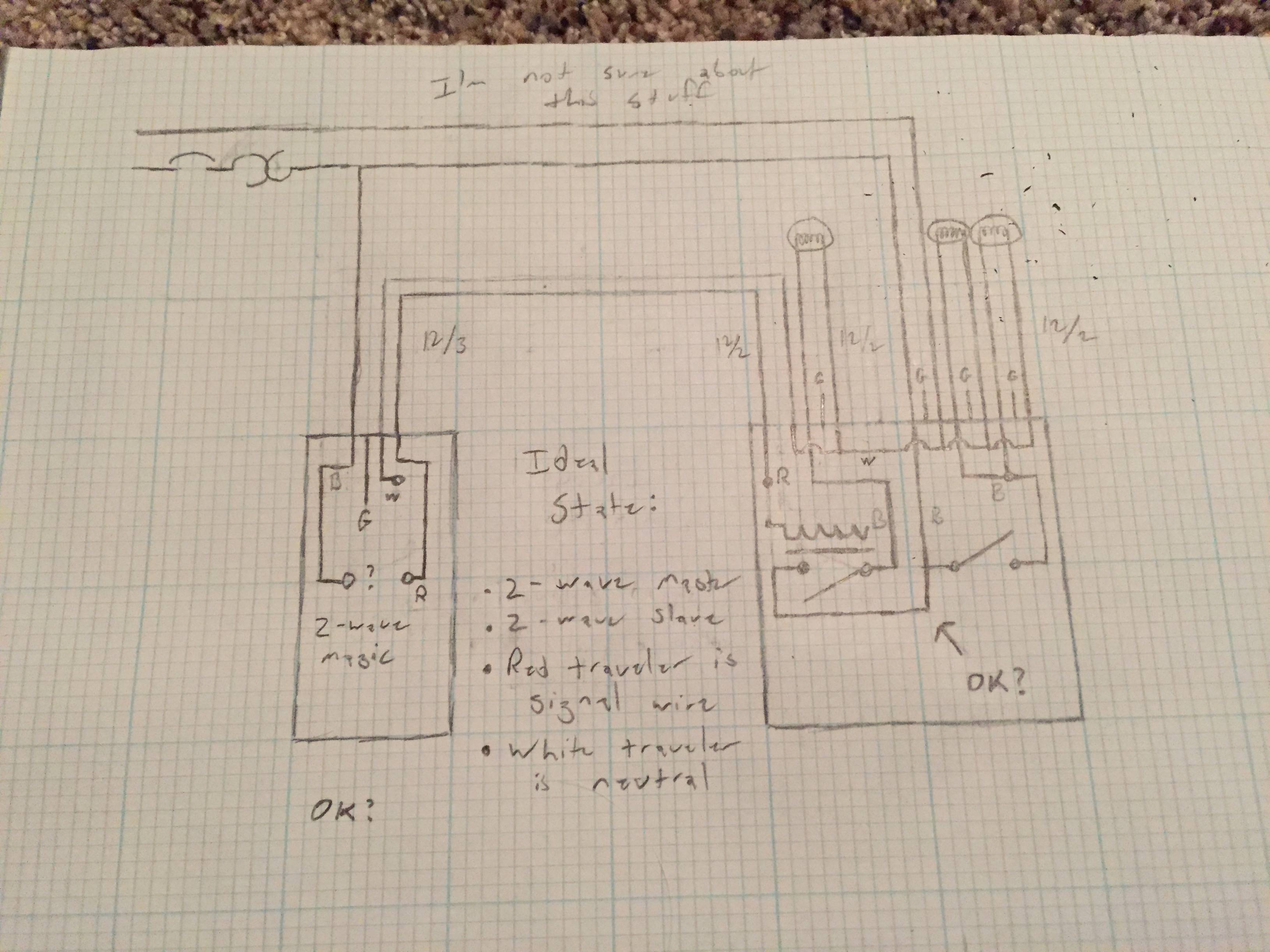 Yes, as long as you return power on the same neutral that's partnered with the "hot". (Why is that? Because if hot wires are protected by breakers, but neutrals are not - so if a neutral carries more than its load, that will not be detected.)

If you are converting to smart-switches, you should be able to convert the hot+2 messengers into hot, neutral, signal for the smart switches.

If all the loads are on the same circuit then the neutral can't be overloaded without the hot wire also being overloaded and consequently tripping the breaker. You have a good grasp of this concept. You never want to take power from one hot wire and return it on a neutral from another circuit. That could overload the neutral, and as Harper points out, neutrals are not protected so this would be a dangerous situation.

The requirement to use the same neutral that is cabled with the hot wire is in the National Electrical Code in article 300.3(B).

Sounds like you have a pretty good idea what you are doing.

Not the answer you're looking for? Browse other questions tagged electrical dimmer-switch or ask your own question.

2
What can I do if I need another gang in a junction box but there isn't space in the wall?
2
How can I connect a zwave switch that requires a neutral to 3 way box?
3
How can I use a Z-wave switch as a 3-way with no neutral?
0
Z-Wave Dimmer Wiring in 3-Way Configuration
4
Multi gang switch boxes - Is it okay to keep the same branch neutrals separated for the different lighting/switching circuits?
2
Continuous power between multi-gang boxes with 3 way switches
1
Installing a smart dimmer switch into 3 gang box
2
Wiring Z-wave Dimmer switch into 2-gang switch setup
3
Legal/safe? Neutral in box goes to different panel than the one that provides the hot
1
Convert 2 gang no neutral light switch into 1 gang to power a smart-switch that requires neutral. Possible? UK