What's behind my plasterboard?

We've just moved house, and I've never had to deal with plasterboard before. I'm in the UK, and the house is about 10 years old. My understanding was that behind the plasterboard would be a gap (maybe of an inch or so) and then the concrete blocks forming the inner layer of the outside wall (this question only relates to external walls) except for the places where there are studs.

Instead, in one bathroom, there is a small gap (maybe 10mm) and then a grey, fairly smooth surface. I have no idea what this is, but it doesn't look like a breeze block.

In the other bathroom, there is a tiny gap (maybe 5mm) and then a layer of something white in colour. I made the mistake of drilling into this; the hand-drill (I was paranoid about hitting a pipe) went in very easily, and from shining a torch down the hole, it seems long. It seems, roughly, like a very low density plaster-like material, which is pretty thick. Could this be a layer of some sort of solid insulation? In this 2nd case, the tiny gap isn't enough room to allow the expanding fixtures I was hoping to use to expand: would it be okay to drill out this second layer a little to allow some more room?

(I have tried removing the plug fixtures to gain a look at some pre-existing holes, but I can't see much of interest I'm afraid.)

Edit: After some extensive Googling, I strongly suspect that what I found was a "thermal block", see for example: http://www.plasplugs.co.uk/fixings_thermal.html This fits with the description given by the builders (found in an information pack left by the previous owner). What I saw in the first bathroom is, I presume, the same stuff, but maybe with a different finish? Anyway, I ended up putting normal rawl plugs into this, which I suspect is a mistake...

Update: I took some photos from my garage, which is part of the house, but not plaster-boarded. Firstly, this is a shot of the blocks which form an internal wall between the garage and the house: 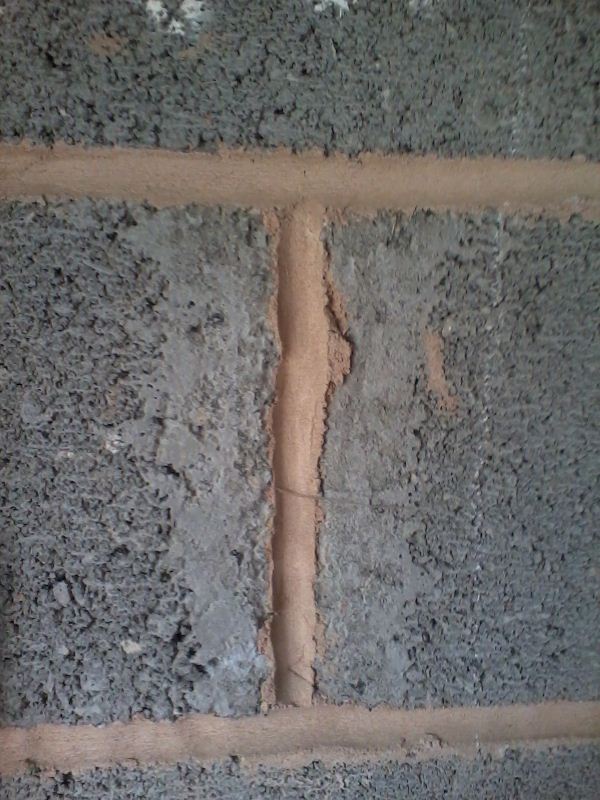 The smoothed out surface in the middle is what, I am 90% sure, I saw behind the plasterboard in the en suite bathroom. The rest of the block is a normal breeze-block (so hard to drill into without a hammer-drill).

However, on the other two walls in the Garage (so against the outside, and against a further internal wall with the house) are, except for the lowest layer, thermal blocks: 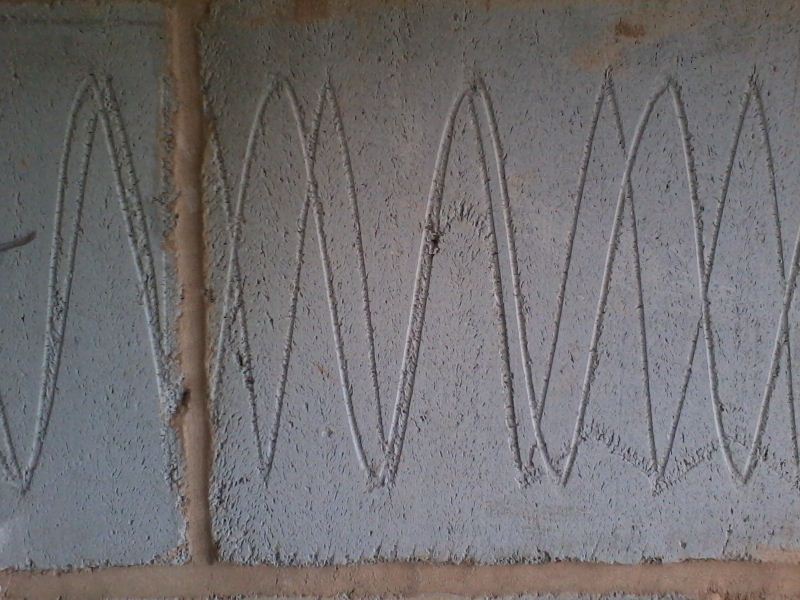 I can push a drill bit about a cm into these! The texture is exactly the same as what's behind the plasterboard in the main bathroom.

There are a few possibilities; without knowing more about the layout of the house makes it harder to say for sure.

Likewise with the bathroom and en suite - there might be a difference for structural reasons.

Or there might be no firm reason for the difference at all, other than the builders using what they had available - it's not unusual for builders to use what they have as long as it meets any specific requirements for the particular element of the structure.

Not the answer you're looking for? Browse other questions tagged drywall insulation or ask your own question.