When we moved into our house 4 years ago that was built back in 1960 we had the programmable light switch that controls the front porch light replaced by an electrician that was doing some other work on the house since it wasn't working. Well 4 years later this one isn't working so I thought I would replace it with a new one.

I went to home depot and they asked what kind of wiring we had and I told him just black and white wires. He stated that the new programmable switches they carried wouldn't work with our wiring since there was no neutral wire in there. They said I would have to try and find an older version of the programmable switches to work. They said the new switches that have a green wire that need to be connected to a neutral wire and that since we only have black and white wires there is no neutral. I just wanted to see if anyone new if in fact what the home depot person said is correct and that we don't have neutral wires in this switch box. If so is there a way to hook up a new programmable switch or do I need to find an older one. Thanks for any help you can provide me with!

Ok here is some added info, I was looking at using the Defiant Model 49814 switch, here is pic I grabbed on the web of the wiring of the back of the unit 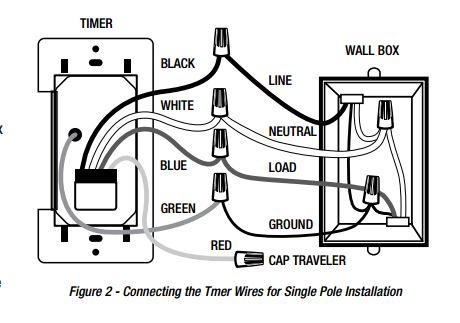 I have included a picture of our wiring. There are 2 switches the one on the left (top of pic) is the programmable switch and the one on the right is a switch with a dimmer. 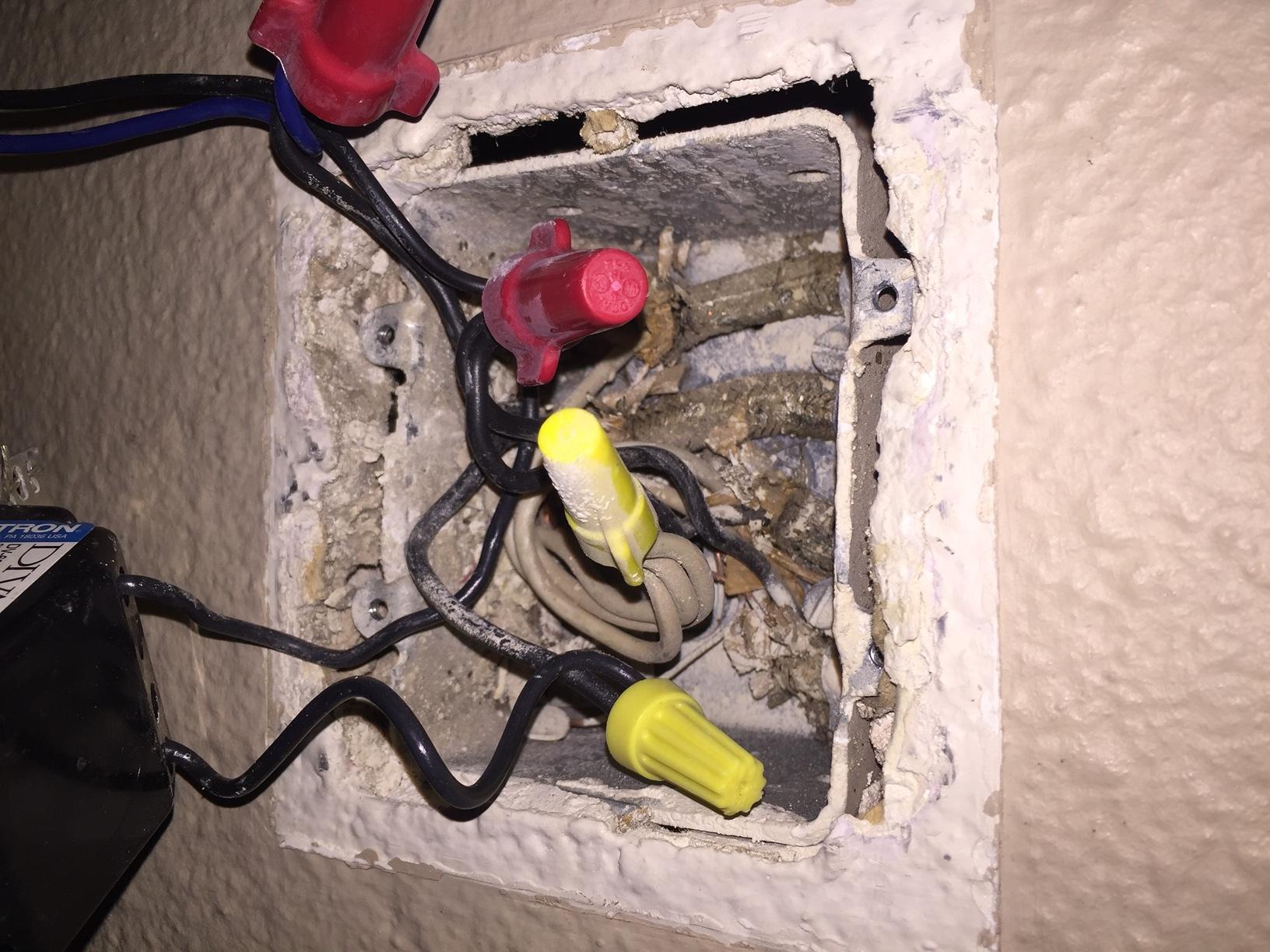 Green in house wiring is always ground, White is neutral. Hot is usually black or red but can be many other colors. The green wire goes to the bare copper ground. The white goes to white the neutral. Now the question is what black wire is hot, The black that is connected to both switches is the line side or hot leg. The switched leg is the black on the other side of your switch in the photo. This black wire going to the load will be connected to your blue. make sure to turn off the breaker while working on this.

11
Is a ground required when replacing an old single pole single throw switch?