The shower valve in my guest bathroom is leaking and I would like to replace it but it's fairly old and not compatible with the new mixer cartridges. I bought a brand new valve & cartridge but I'm a bit nervous to attempt replacing it because the hot & cold water pipes will need to be re-soldered and I'm not sure I have enough space to do a good job.

This is an Eljer valve which I believe has been discontinued. The shower handle is one of those where up-down controls the flow and left-right the temperature of the mixture.

Are there any other options? Maybe some sort of converter cartridge is available? I don't even know where to start looking nothing appears compatible.

I would like to switch to a single handle and replace the trim (to Moen or Delta or something) but don't know if that's possible without replacing the valve? 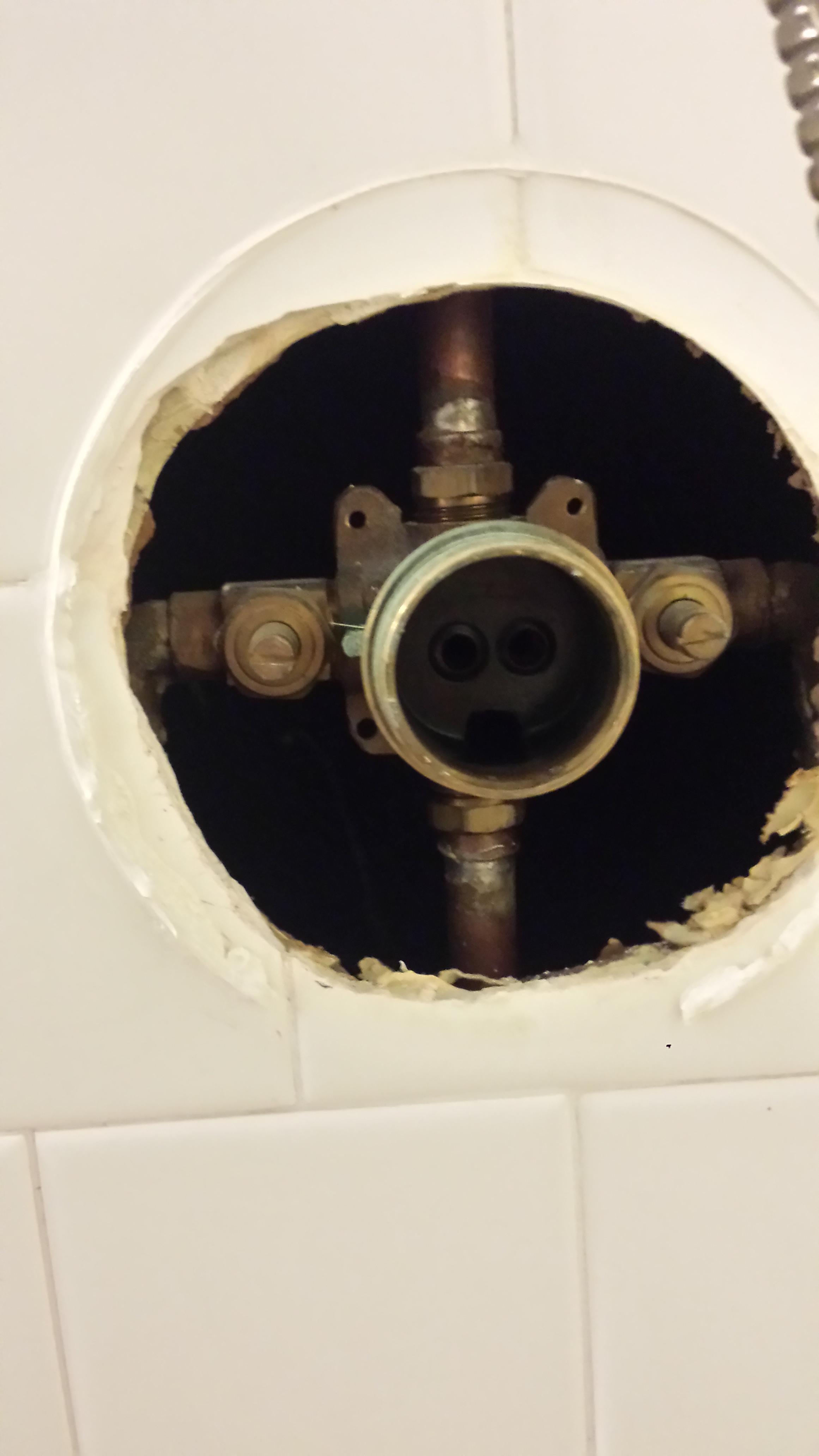 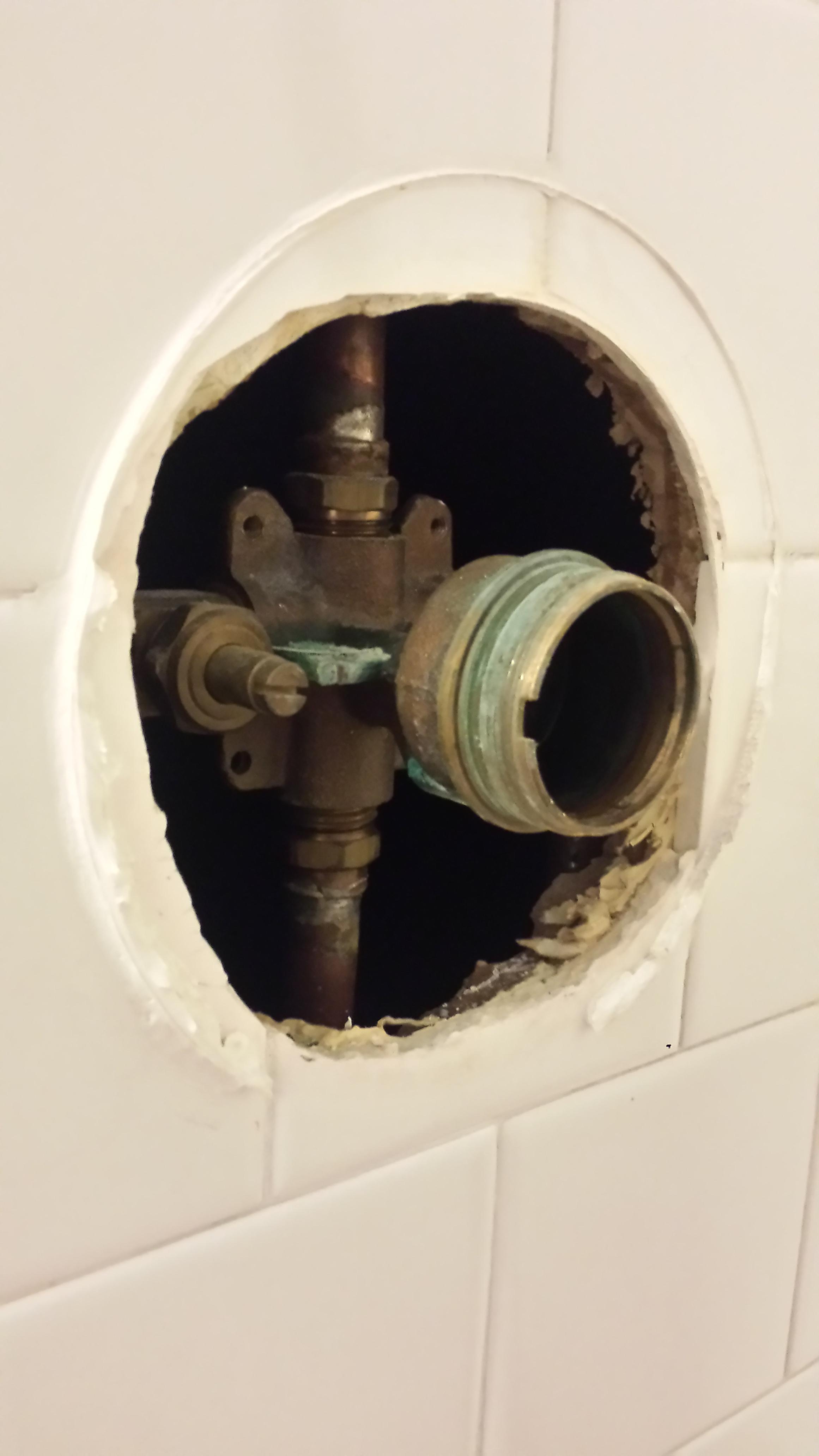 It looks fairly standard to me. I'd contact Eljer & see if Danco, Brasscraft or someone else has put out a replacement that fits. Otherwise, have you tried to rebuild the old valve with O-ring replacements & such? Eljer should be able to direct you to the right kit for the valve.

On the other hand, soldering will be difficult & could cause a fire in the wall if you're not experienced. So, either get a Plumber or get a SharkBite Threaded connector so you can just cut the old valve loose & wrench in the new one. I updated the picture to show the correct valve that has screw shut-offs or stops (the silver screw). 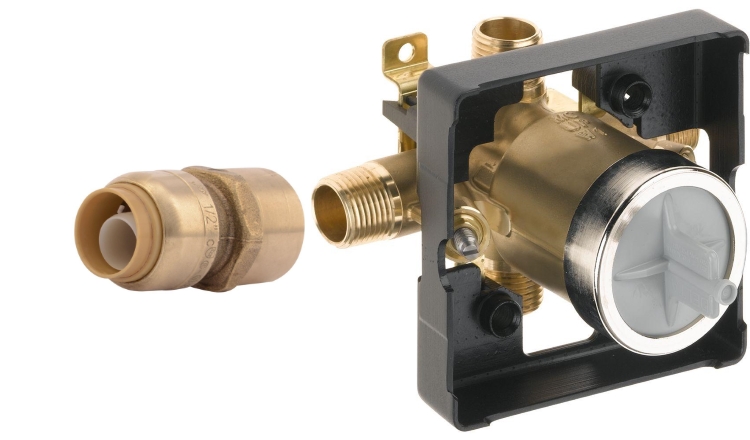 Not the answer you're looking for? Browse other questions tagged plumbing shower leak or ask your own question.

2
What do I need to do to replace this shower faucet handle?
1
what kind of shower handle do i need for this type of rough valve? I don't know name of old handle
0
How to remove/replace the cartridge for this Delta Monitor shower faucet?
4
Industry standard blocking placement for shower mixer valve?
1
Plumber unable to replace Moen shower cartridge
1
shower valve type?