I found ~12 mites crawling around a crack where the wall meets the floor in the bathroom.

Several months ago I noticed a minor ant problem around the same crack. That crack is the only location in the house that I've identified as an insect source. The house is pretty clean and not much insects until recently.

In total, I've seen ~25 mites. All but one were in the bathroom. The other I felt crawling on my arm when I was lying on my bedroom floor.

My mom also started getting bites roughly at the same time as me. I found some carpet beetles around her bed area. Cleaned up the whole thing but the bites came back soon after.

The wall is a separator between two bathrooms. Depiction: 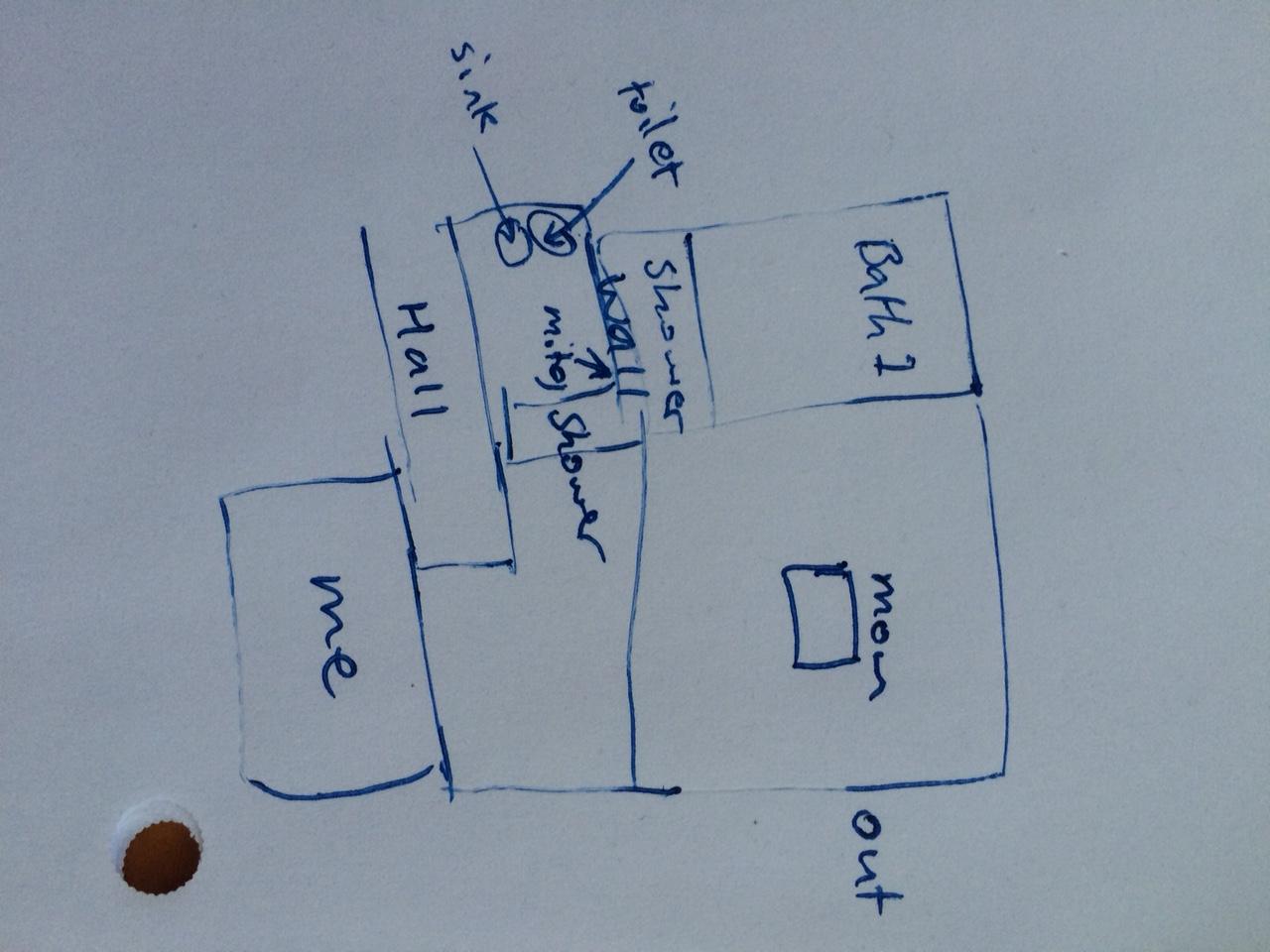 There's also an attic above and a crawl space below.

How should I control this rat mite or possibly bird mite infestation?

Rat mites consume blood. They may be choosy about who they bite and not everyone has an allergic reaction to the bite.

I used boric acid along the edge of walls and in the bottom of dressers. To my knowledge, boric acid kills roaches either by being consumed and destroying their stomach bacteria or on contact by cutting open their exoskeleton (like what diatomaceous earth does). So for the latter reason it might have an effect on the mites. But it's not worth counting on.

For assurance, I sprayed Lysol around the edge of the walls and that kills the mites on contact.

I set a peanut butter rat trap in the crawl space. Several hours later I heard squeaking. There was one live and one dead rat trapped. I sprayed the area with Spectracide Bug Stop and got rid of the rats. I set a new trap and expect there are more rats.

I got 1/4" hardware cloth and I'm going to patch the broken foundation screens around the house. There's also two air vents that need to be screened to prevent further problems with birds/rodents.

The mites are a symptom of the rat problem. Once the rodents are controlled, the mites should dissipate.

I agree with Jimmy Fix-it. Caulk the floor seam, but more importantly caulk or cement the outside of the house. Getting in is the real problem, so don't let them in. Any crack, even a hairline crack, needs to be permanently sealed. Vacuum very frequently until no-one is getting bites any longer.

Clove oil and sulfur dust. Plus a lot of work .Maybe lysol works.I have so many of them. It's hard to tell. Certianly nothing from home depot ect. Permethrin is ok maybe flex 10 10 .It depends on how bad the problem is. I think pest control people are scammers. Unless you have ants or roachs. Both easy to kill.They don't want to work after they get paid.

11
How should I deal with an animal in the attic?
7
How do I address a bedbug infestation?
7
What is the most effective way to get rid of silverfish?
13
How do I locate where bed bugs hide?
0
What kind of bug is this?
0
Sealing siding at foundation wall
1
Pests infestation in bathroom - identification and termination
3
How to get rid of fleas in house without animals nor carpets?