Bumped into a joist while drilling for a toggle bolt

Uh oh. I've used two other toggle bolts to hang plants using a swag hook in this 2 sq foot area of my ceiling, and it never occurred to me that I might actually hit a joist. The one inch gap between the joist itself and the drywall is big enough that the wood screw bolt doesn't extend far enough to attach the hook. So, can't use the toggle, but can't use the bolt provided because it's too short. Any ideas? Attaching photo of swag hook to illustrate. 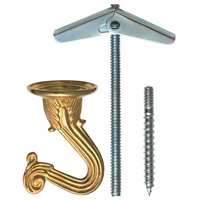 Running your 1/2" bit into the joist a ways may give you the clearance you need to get the toggler to expand.

Otherwise, I'd drill a hole in the joist slightly smaller than the toggle bolt, run that bolt (without the toggle wings) into the hook, and thread the bolt directly into the wood. It'll hold as well as the drywall would have if you keep it snug.

If that's not suitable, your local hardware store may have a longer version of the other (dual-thread) bolt.

Going into a joist is preferred. Your kit just doesn't supply the correct hardware for this particular situation. Make sure it's really a joist, then make a trip to the hardware store for the right thing.

Most likely you have struck a cross brace. An example is below, but typically on shorter joists. (this was the only existing SE pic I could find.) 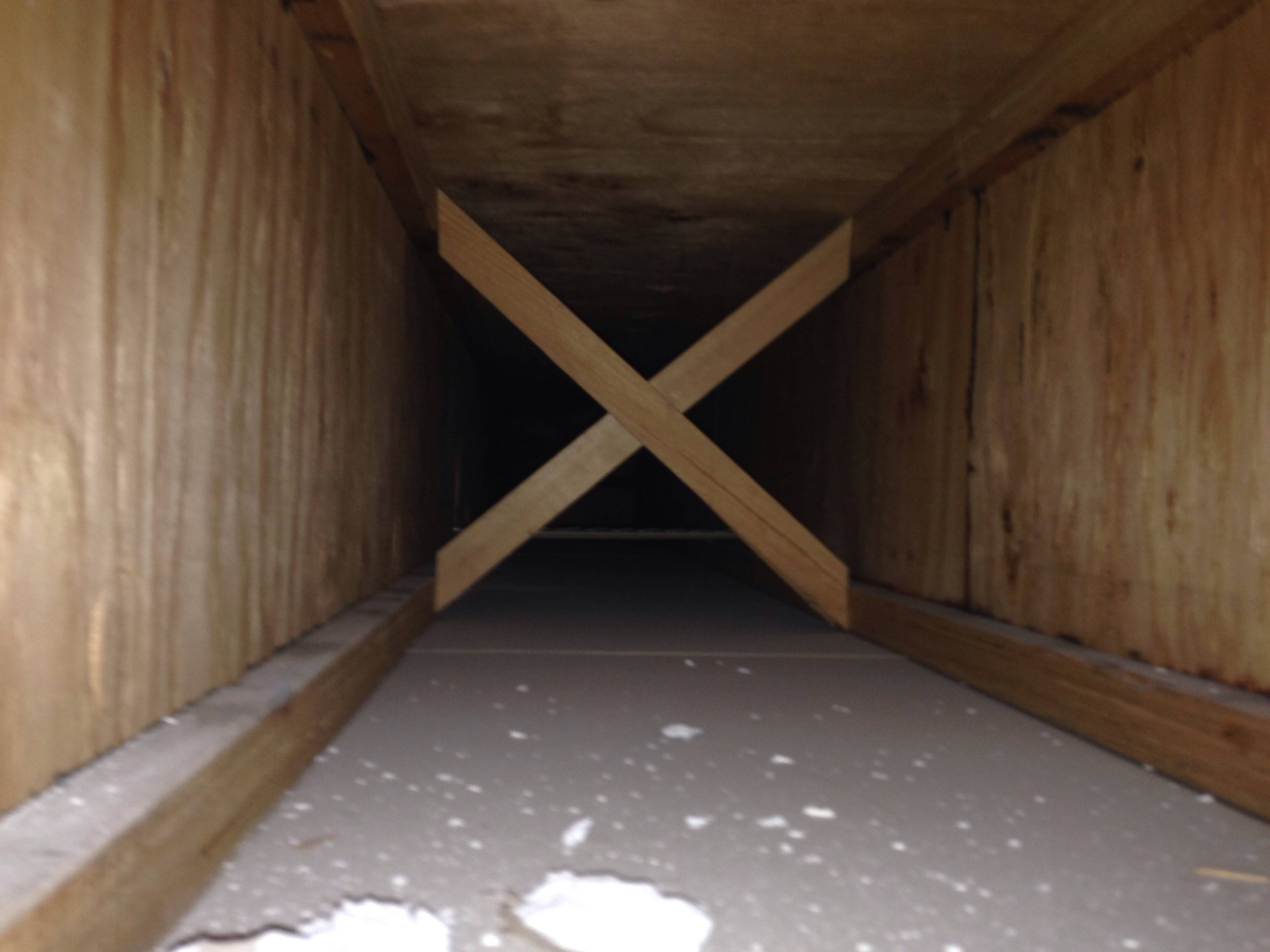 If you can access the ceiling from above (in the attic?), then you could use a piece of plywood in the gap. If the plywood is long or large enough to hit an obstruction, to keep it from spinning when you screw into it from underneath, then you will have something to screw into. If you don't have a large enough piece of plywood, but you have a friend, you could hold the wood from above while your helper screws the hook in. 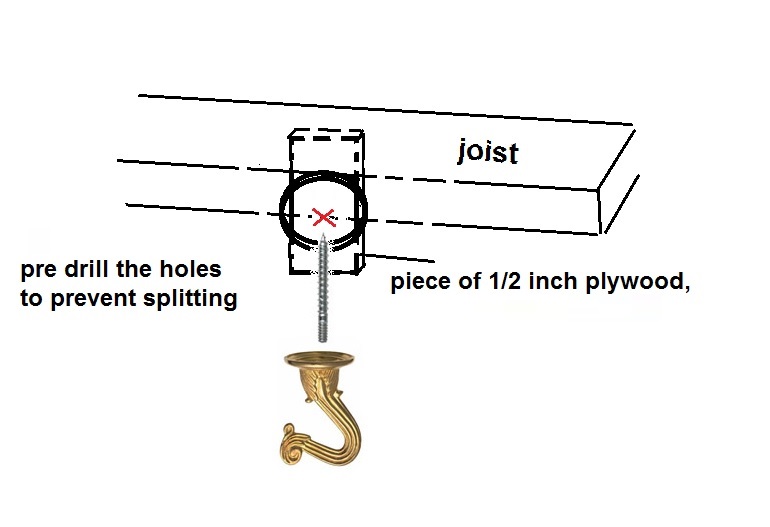 It sounds like you could use the toggle anchor with a shorter bolt. I know they're slightly different here in the UK but all the toggle bolts I've seen would allow me to simply cut the bolt down.

To cut the bolt, wind a nut onto it then use a hacksaw. File off any rough edges before winding the nut off again.

Getting a smaller toggle with shorter wings will likely get the wings to release, but you still need to shorten the toggle's bolt. With your toggle on the bolt & screwed down to where the closed toggle wings are a little further from the bolt's head than the thickness of the drywall...you want some slack.

Snap or cut (with wire cutters or pliers bending the offending bolt section back & forth) the bolt's length down to the toggle or slightly above of course. Then, also double the drywall hole diameter, nothing close to the hook base's diameter though.

This will allow you to just tilt the toggle away from or outside of the joist to let the toggle wings flare out. Once the wings are out then you can pull the bolt back down under the joist & screw the 1/4" or so right into the joist. I've had very little trouble getting that thin bolt screwed into a joist, even a full inch, those hooks are a pretty good handle.

Not the answer you're looking for? Browse other questions tagged ceiling screws hanging or ask your own question.

0
How can I hang small weights from a drywall ceiling in a way that's minimally destructive?
1
How do I keep the door jamb moulding from pulling away from the wall when hardware is screwed in?
2
How should I wall mount a TV with one metal stud and a gap between the drywall and exterior block?
9
How can I choose the best lag screw / lag bolt?
0
Toggle bolt stuck in the ceiling with mounting plate
0
What knots/hitches should I use to attach a log to a screw eye?
1
Drilling into outdoor stucco to hang bike
0
What is my wall made of and how should I hang a 50lb mirror?
0
Lag bolts vs wood screws for reinforcing garage door header
2
Countersink for an M2 bolt