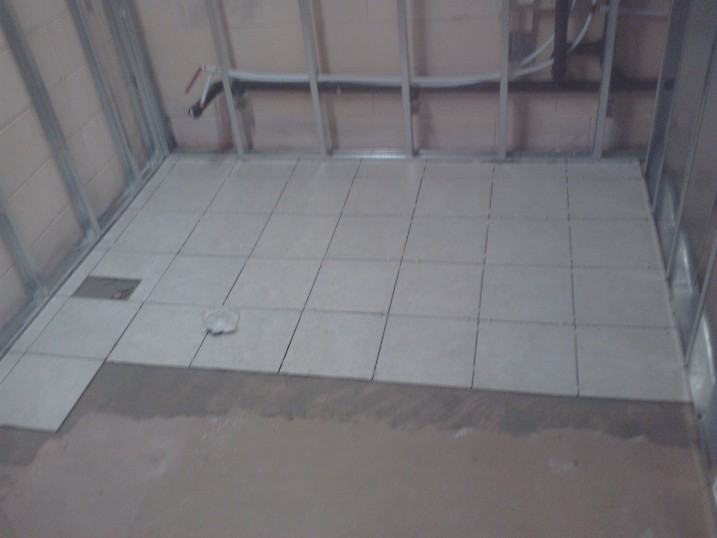 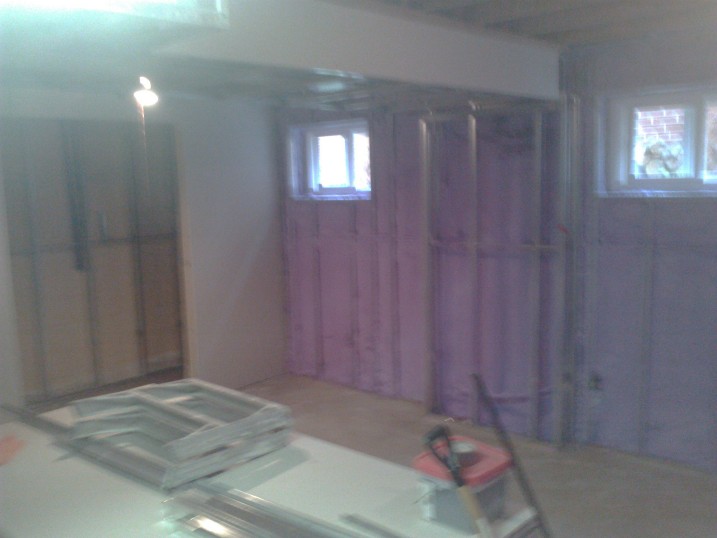 Steel studs are not load bearing in basement finishing. They are cut within creating mountains of sawdust a bonus on refit work. Add wood cripples where you might want to mount Cabinets or shelves only to provide flexibility for fastening location and shear resistance. Metal studs are not only for commercial use. They are light enough to allow one person work especially on overhead bulkheads. Use a crimper. Ensure you don’t leave screws or loose objects in or on the tracks, as these can cause annoying rattles and vibration from music sources in the room. Always use a vapour barrier in the basement to avoid moisture uptake by the insulation from room activities. Metal studs won’t corrode that quickly and if there is that much moisture that corrosion is a concern, there are other problems with moisture ingress. Like a boat, water management needs to be on the outside. A waterproof continuous membrane and a plastic dimpled barrier to create an air gap. Ideally XPS insulation. This allows the concrete wall to remain uniformly warm. During the heating season. The concrete foundation absorbs heat and like a flywheel radiates that heat back into the room if there is a power outage.