I know there are a lot of questions on here questioning the weight bearing capabilities of dimensional lumber but this seems like such a specific scenario since the load is static and completely even.

This is a stand made entirely of 2x6 SPF lumber to support two 55 gallon aquariums right next to each other. The span from leg to leg is 10ft. There is are 4 through bolts connecting the horizontal beams to the legs. The spans are connected in the middle by short sections of 2x6 which are also there to support the short edge of the tank.

Each tank when fully loaded is 500lbs or more. From what I have been seeing this shelf is not strong enough but nothing quite matches the scenario. Here are 2 photos of the shelf: 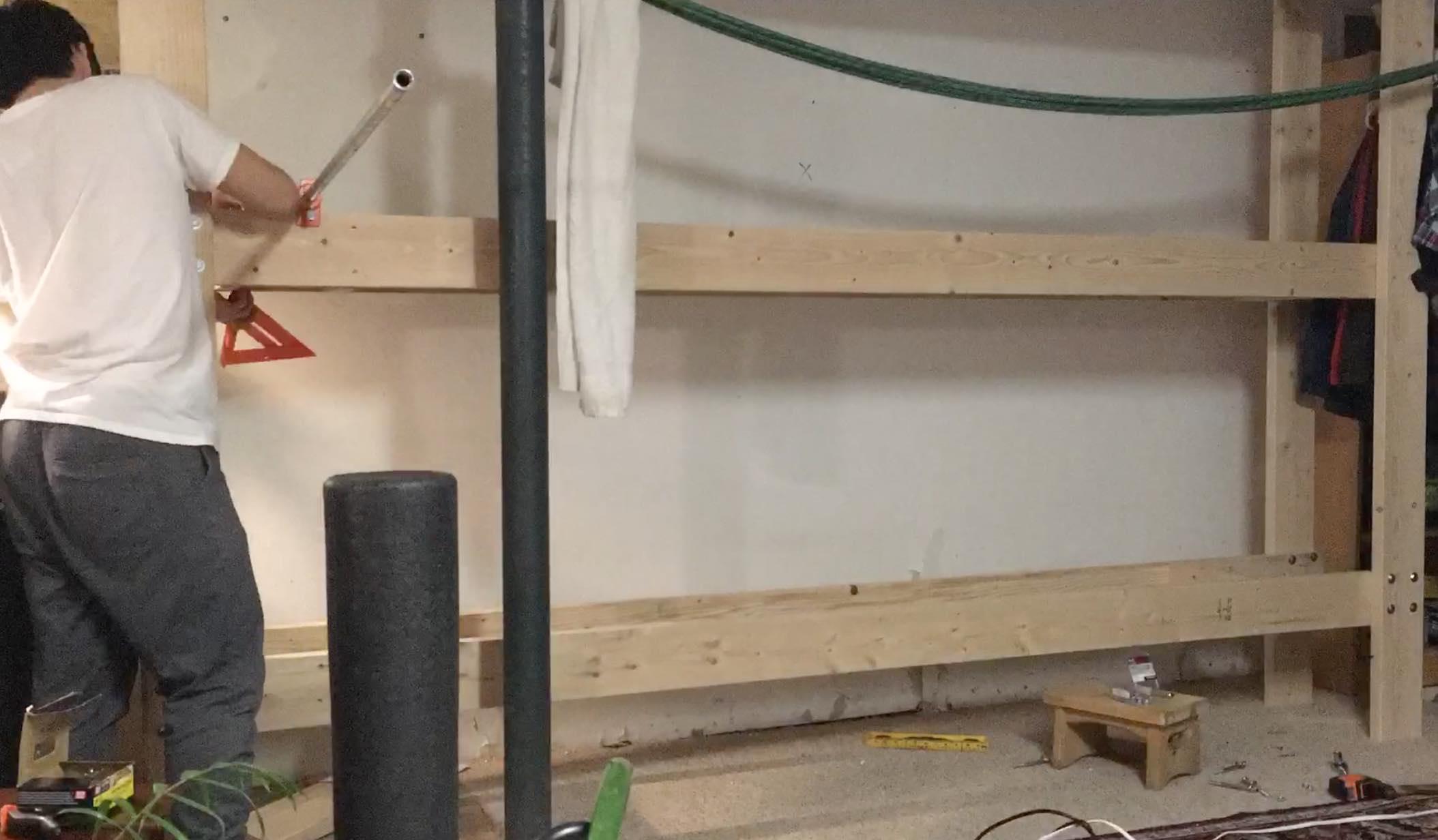 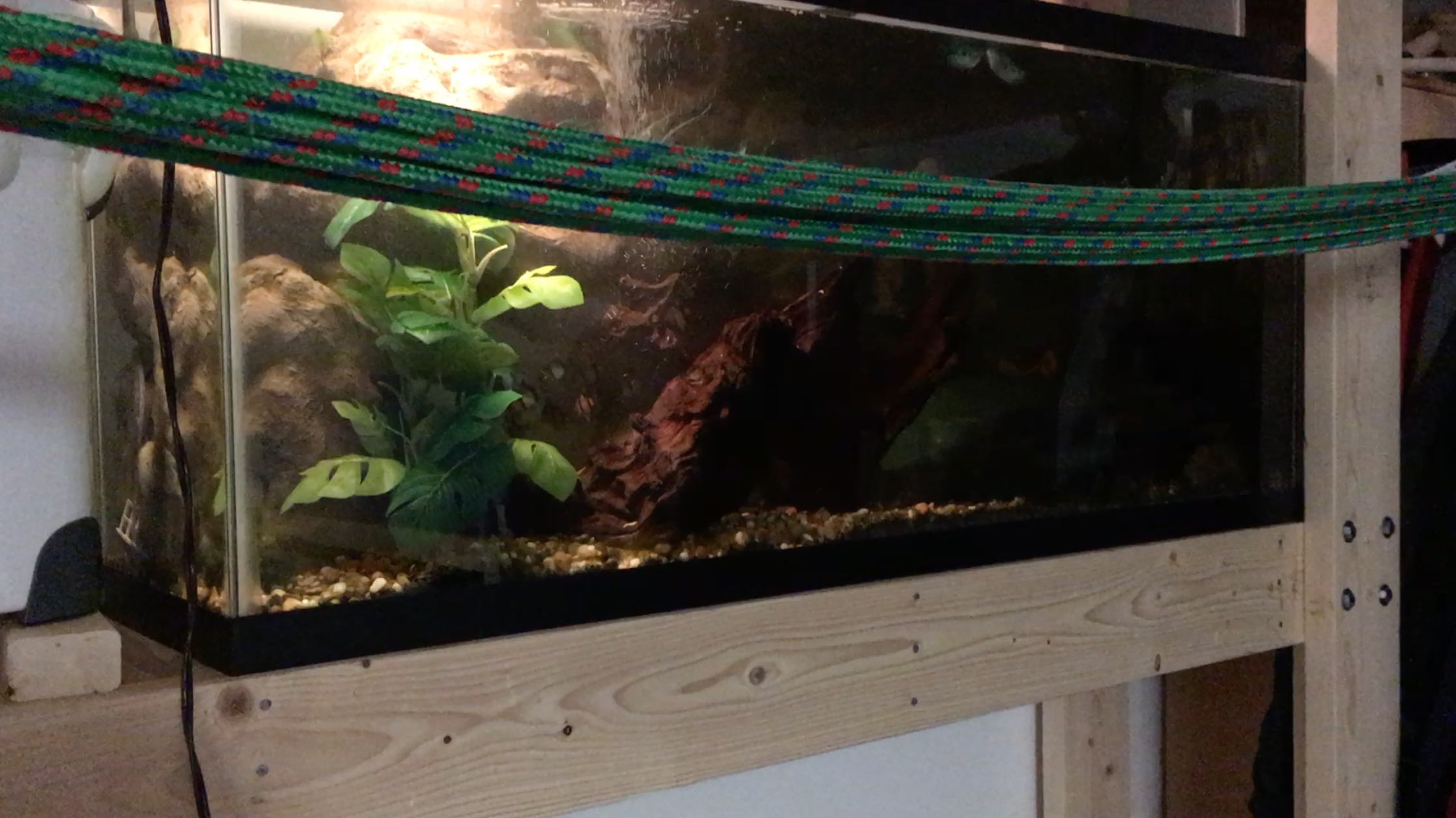 It appears as though your upper bolts are very near the top edge of the beams. SPF (spruce/pine/fir) lumber of the last few decades is very soft and prone to splitting. It won't take much to rip those bolts out of the upper edge of the lumber. I'd leave at least 1" between the edge of the lumber and the bolt holes, or add two more in between.

SPF lumber can vary quite a lot in terms of strength and stiffness. By using a single beam front and rear you incur some risk that either the front or rear beam will sag more than the other, resulting in a twist in the aquarium. That's what breaks glass. With something like this, rigidity is key, not just strength.

Here's my 55 setup. notice that it really only has 4 primary points of contact, but they're in key locations and provide a flat plane of support. 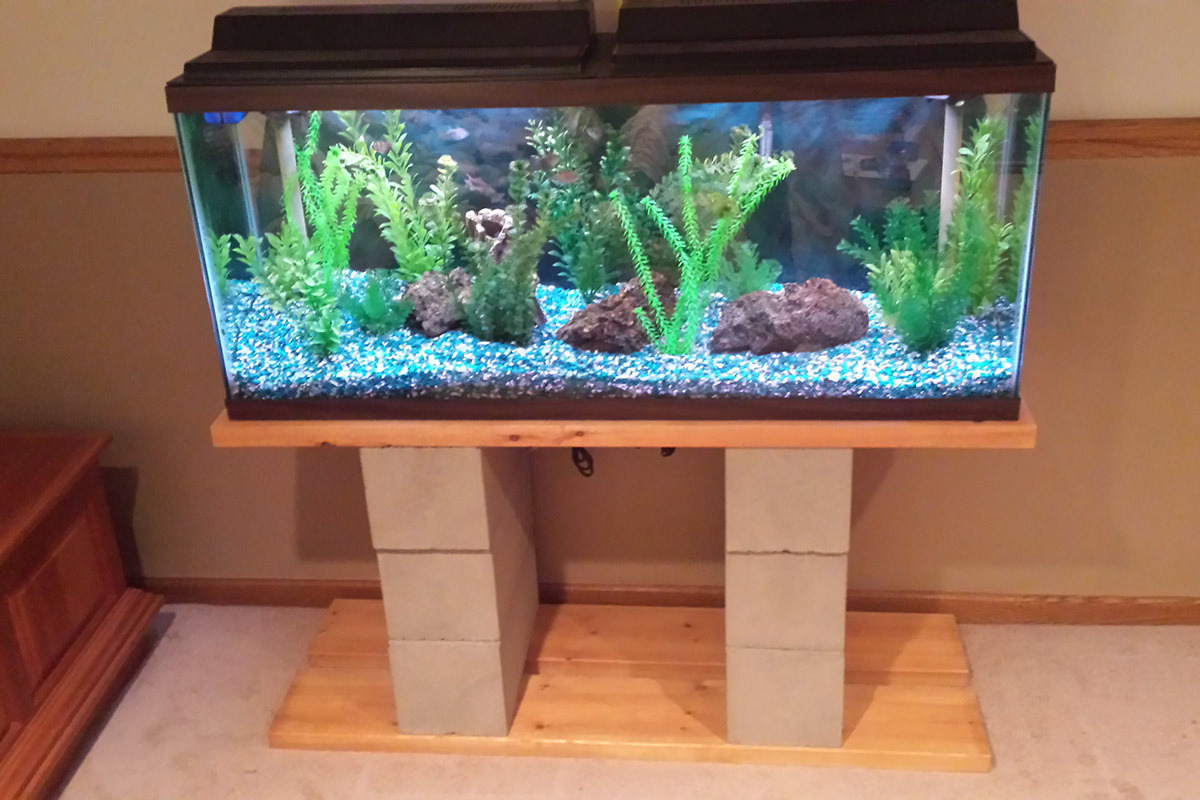 2 2x6's spanning 10' 12" o.c will safely support about 1000lbs. You will be over that. Another set of legs will work in middle. I would also attach it to wall or add bracing. Like stated before your top bolts aren't holding much. I would add 2x6 blocking in-between 2x6 beams on legs.

With this much weight you have to consider your floor weight limit. If floor joists are running parallel with tanks all weight will be on 1 or 2 floor joists and they could break.

3
Dimensional treated yellow pine lumber, non-standard widths?
5
What's a high R-value insulation material alternative to dimensional lumber
0
PT lumber as the swingset frame
1
Can I use LVL 2x4 outdoors (pergola roof)
0
How can I connect floating 2x6 wall plates to 4x4 posts?
0
Is it safe to build a long beam from shorter pieces of lumber?