How do I use a multimeter to check for power?

To test voltage, you'll want to set the meter to the "Volts AC" setting. On the meter it will likely look like a capital "V" followed by a "~".

Typically there will be more than one setting within the range, so you'll want to choose the setting that is higher than what you expect to get. For example. In the US a lighting circuit is typically 120 volts, so you would choose the "200" setting typically found on most meters.

Check the documentation for the meter you're using, to determine where each probe should be plugged in. Typically the black probe goes in "COM", while the red goes in "VΩmA", "VΩ", or "V".

How do I use a multimeter to do that?

The last step is a bit overkill, but better safe than sorry. 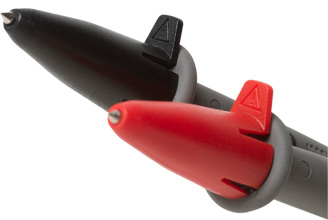 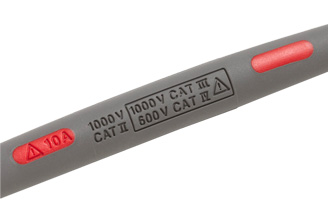 I generally don't recommend using multi-meters to the uninitiated, 120V is pretty painful and you need a healthy concern for your own safety when working around exposed wiring. Most people I find aren't scared enough until they get shocked and that could be too late.

In all honesty, You really don't need a multi-meter, a non-contact voltage detector is easier to use, and hands down safer since you don't have to have exposed wiring. they cost between $10 and $20 and should be in your pocket when doing electrical work.

The use is simple. First make sure it works right. Find a live working outlet, place the probe end near the smaller opening for the plug, that's the hot side. the probe should light up and make a noise. You don't need to touch anything, just get with in an inch or so.

Now that you know it works, turn your switch on, use the probe to check for power at it, then go to each light and test for power. Get as close to the bulb base as you can, with in 1 inch usually is close enough.

When using a meter on a live circuit you would use the volts AC and select a range that is higher than what you expect 120V standard outlet herein the U.S. 220v across the Pond. If auto range select the correct function and make sure leads are in the correct locations on the meter. If you have the power off and want to verify continuity you would use the ohms setting at the lowest value. (using a ohmmeter on a live circuit will let the magic smoke out).

if you don't know how to use a multimeter, you don't understand even rudimentary circuits.

you should not be messing with anything electrical. call an electrician.

not trying to be rude, but the magic wall pixies in electrical doodads can in fact kill you. nobody wants that.

0
How to test voltage on open wire with multimeter?

5
Can I test an unwired light fixture with multimeter?
1
How can I use a multimeter to replace electrical testers, etc.?
1
Troubleshooting: Why does my multimeter not work when a non-contact volt detector shows current?
4
How do I set my multimeter to test doorbell transformer
0
Using a multimeter to check for problems in electric sockets
1
How can I determine where power enters my bathroom light circuit?
3
How can I test a three-way switch to determine if it's working?
2
Check if metal junction box is “charged” from bad wiring
1
How to check if light is “Power Through Fixture”?
0
Ceiling fan replacement, one wire is always hot