In my kitchen I have two 3-way switches controlling the ceiling fan and light. The two controlling switches are on opposite sides of the room, but what I'd like to do is split one of the two switches apart, adding a dedicated fan control, then tie off the fan portion of the other 3-way switch so it doesn't affect the fan at all.

The end result would be two 3-way switches for the ceiling light only, and a new switch just for the fan.

The problem is I can't identify the wires to control the light and fan individually. I've opened the fan/light fixture also, but there only appears to be one hot wire coming in from the ceiling (nutting together with what I assume are individual hot wires for the fan and light). Below are photos from the three areas: 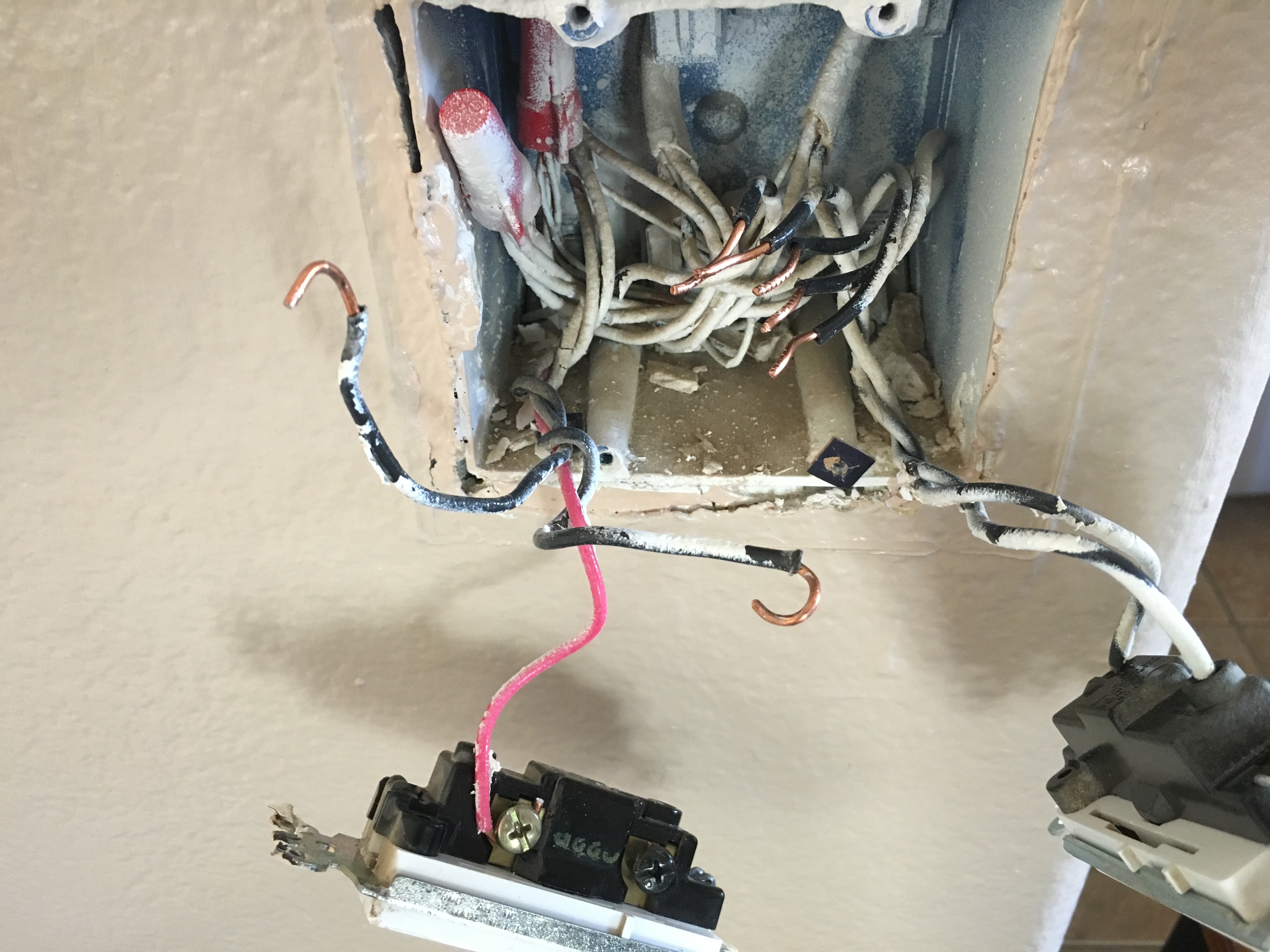 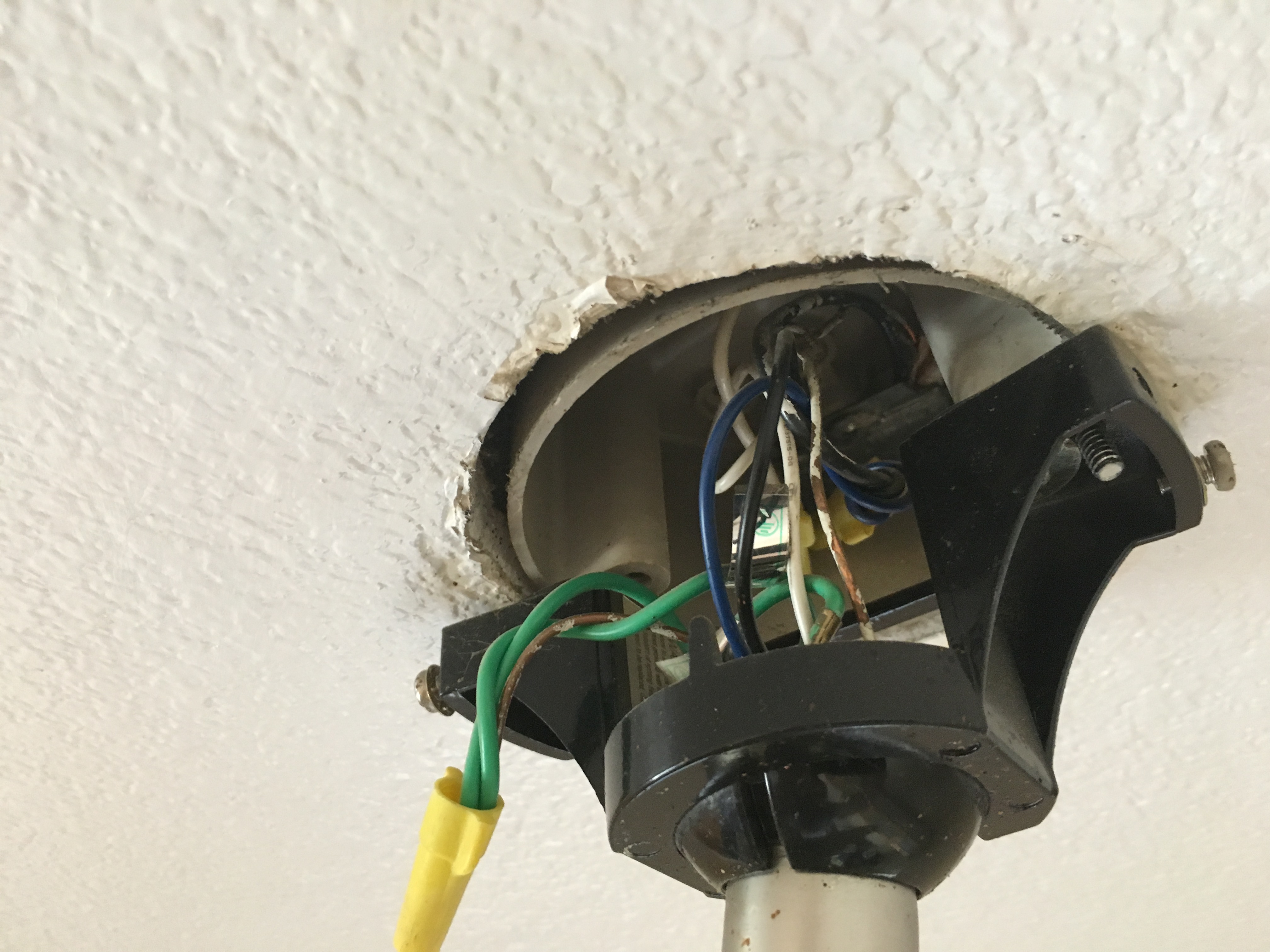 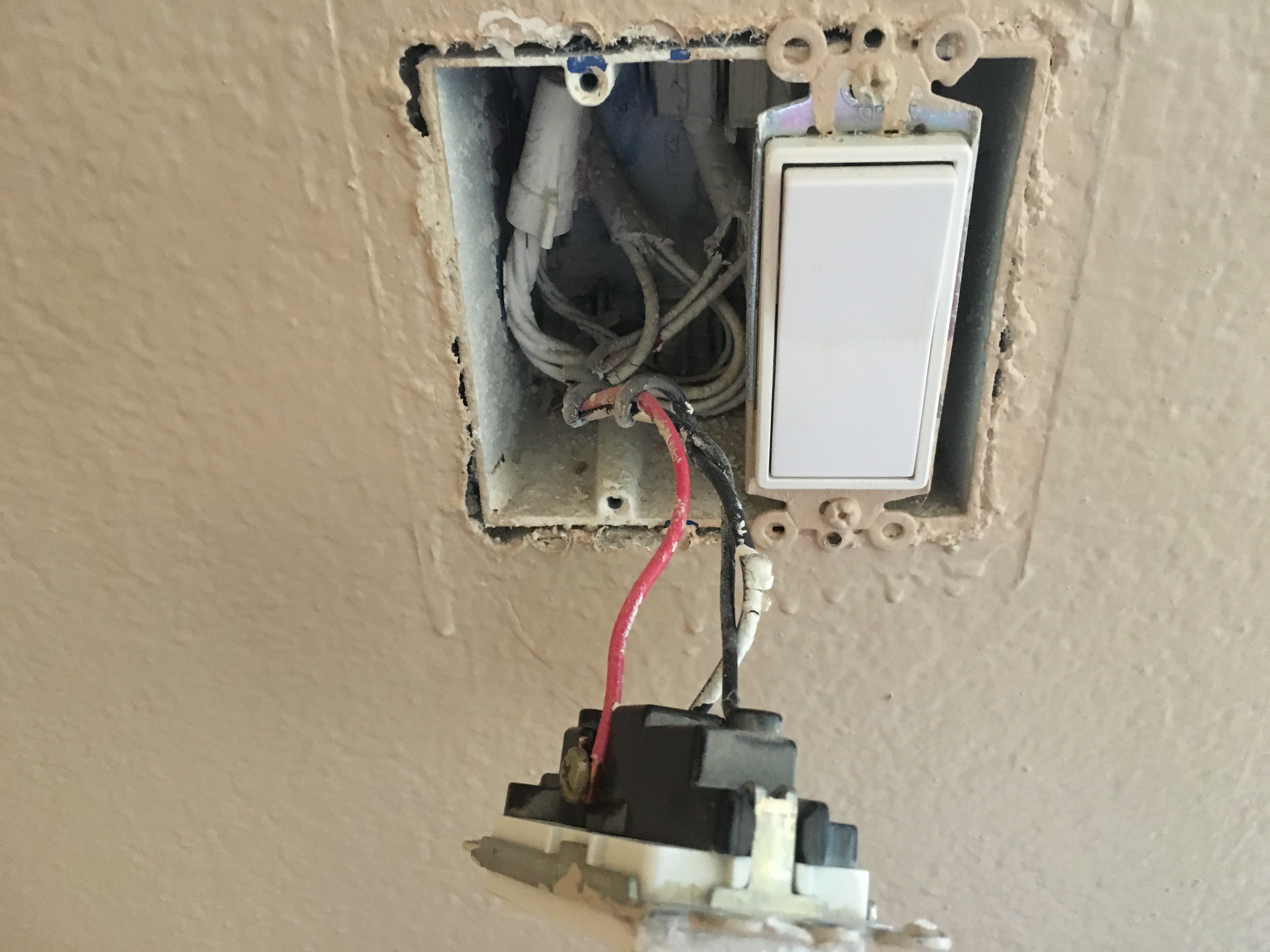 What you're after requires a whole new wire to the fan: You currently have a single hot wire going to the fan, that supplies power to both the light and fan. You want to be able to split that out, so you'll need an additional hot feed, one for the fan, one for the light. So leave the three way switches as they are and get a qualified electrician to install a new 14/2 conductor from one of the switchboxes up to the light fixture.

You'll either need to install a double switch or expand the switchbox in order to make room for the third switch.