I have a Honeywell System. Back in November of 2014, I replaced the Circuit Board with one by Honeywell from Amazon (1014460). The blower motor was replaced over 2 years ago. Last month, I have replaced the Transformer. (No part # available at time of writing). I also replaced the cap on the board as well. (97F9002). My thermostat is about 5 years old. All caps for my a/c system are no older than 2 years old.

When I switch from Heat to AC, my circuit board fuse immediately pops. I am unable to use either until the fuse is replaced. I haven't tried replacing the circuit board fuse and putting it on AC to see if the AC would kick on that way. However, I haven't been able to determine why the fuse keeps blowing. Nothing was replaced last year and it worked great during the summer.

Any suggestions to try for troubleshooting? (See below for another suggestion)

Research: All the research I have found regarding my issue tends to be the other way around. People seem to have the issue with AC to Heat. However, I want to test to see if it is my thermostat as that has been suggested to others. How would I test if that is a possibility? 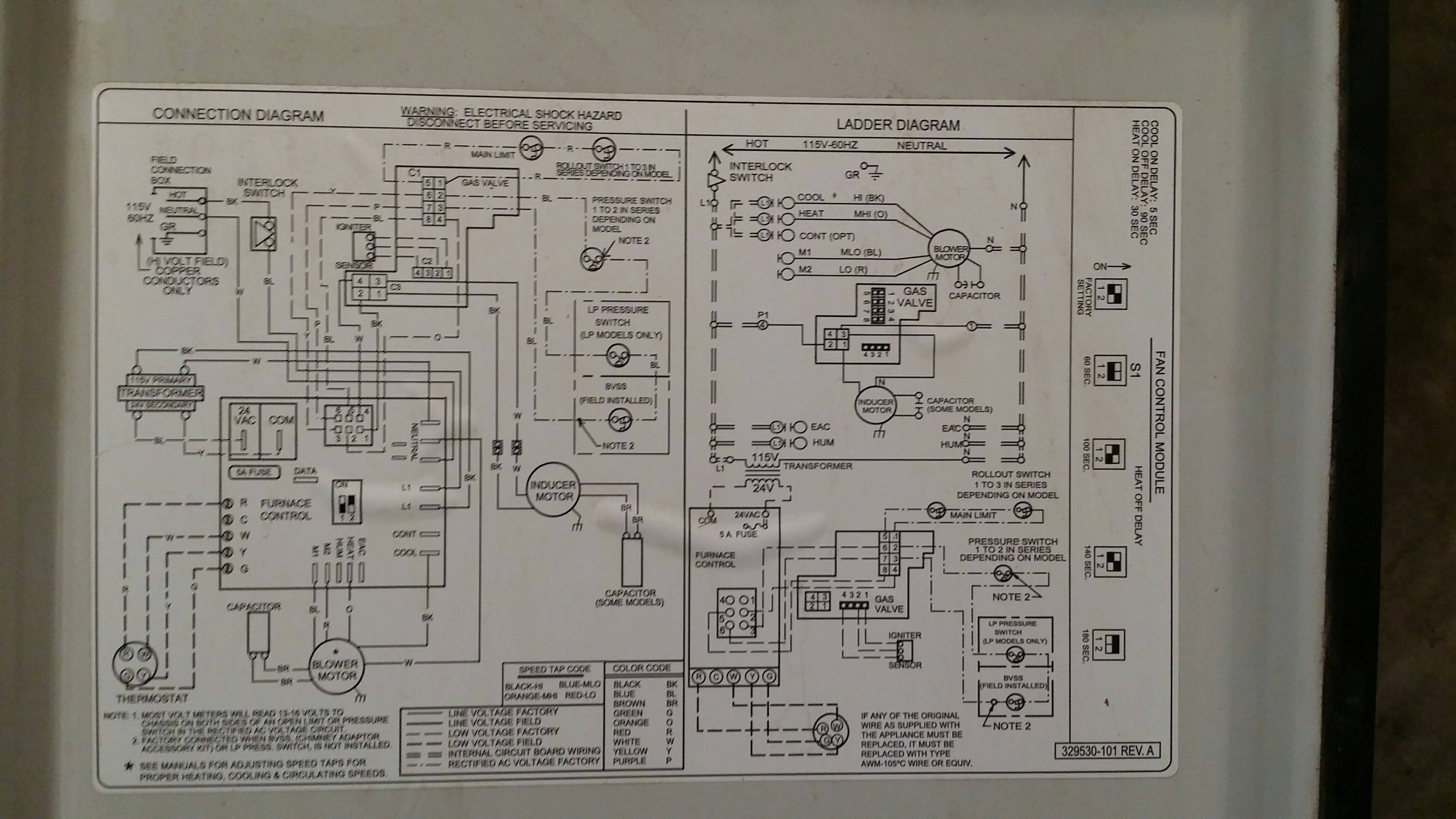 Without knowing much about your system, I'd recommend starting by checking the contactor in the condensing unit (outdoor unit).

Before you open up the condensing unit, make sure to turn the power off at the breaker, pull/turn off the serviceman switch, and verify power is off.

Once you've opened the unit, you'll want to properly discharge the capacitor(s). You don't want them to accidentally discharge through you.

Using an insulated screwdriver, or pair of pliers, push the contactor plate in. You'll want to make sure the plate moves freely, and is not sticking or getting hung up.

If you're really careful, and comfortable doing so, you can run the system with the condensing unit open. Then you'll be able to see if the contactor pulls in.

Here's a good YouTube video that shows why the contactor not pulling in is a problem.

Next, set your multimeter to test resistance. Carefully remove the leads from the coil terminals, then test the resistance of the coil by touching one probe on each of the coil contacts (where you removed the wires). Make sure the resistance matches the manufacturer's specifications.

To try and determine where the problem is, you could disconnect the control wires feeding the outside unit. Then switch the unit to COOL, and lower the set point until the thermostat calls for COOL. If the fuse blows with the outdoor unit disconnected, then the problem is likely on the control board.

Unfortunately the control board doesn't appear to be serviceable, so you'll have to replace the entire board if that's where the problem is.

1
How can I figure out why the low voltage furnace fuse blows on heat but not cool?
1
What could be causing my A/C not to come on?
1
Can't find the circuit board of my HVAC system
1
Why would my zone controller be displaying error: AC voltage insufficient?
0
Wiring humidifier to furnace fan
1
Why is my control panel for AC/Furnace not working when the fuse is ok?
0
How should I connect my humidifier to HUM terminals?
0
Goodman GMNT100-4 Unit- Blower Motor Works for Air But Not the Heat
0
Furnace getting power, but heat/AC not kicking on. LED on board is not lighting up. Thinking the transformer is gone