I'm having a house built and I got a picture of the drain pipes in the basement prior to pouring the slab, and it looks like this: 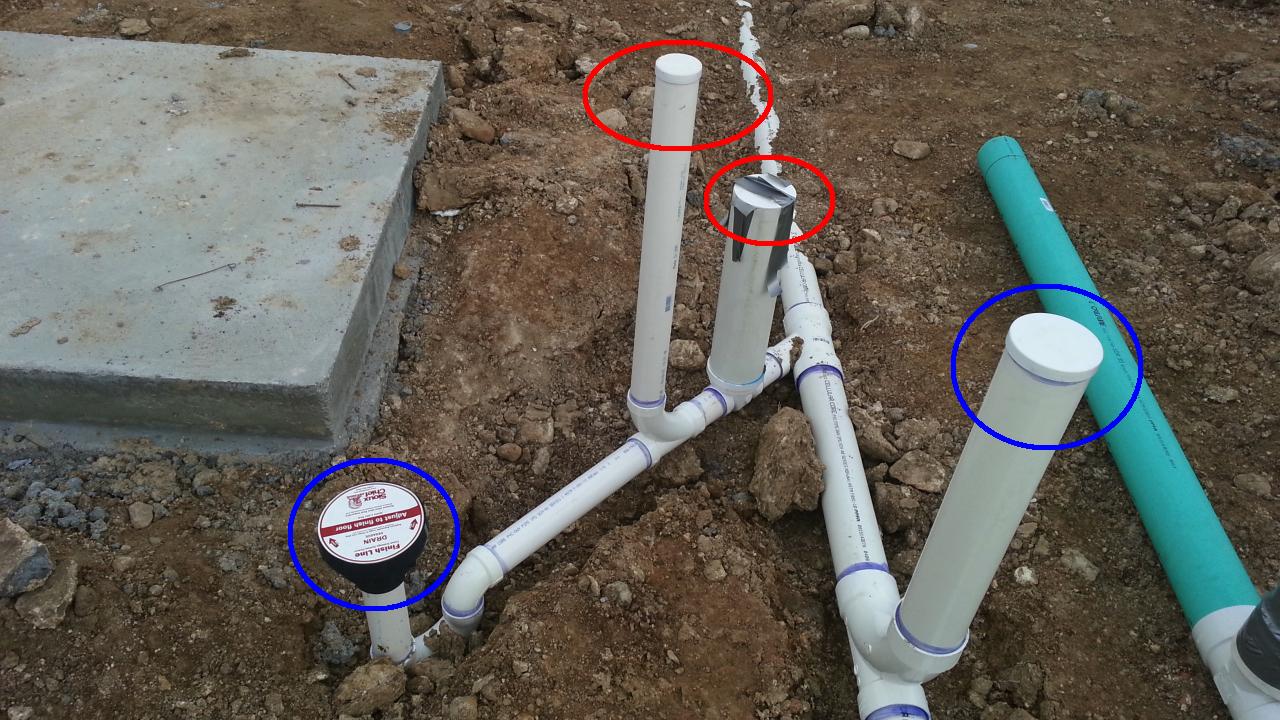 The builder installed a furnace and placed it such that it didn't cover any of these pipes: 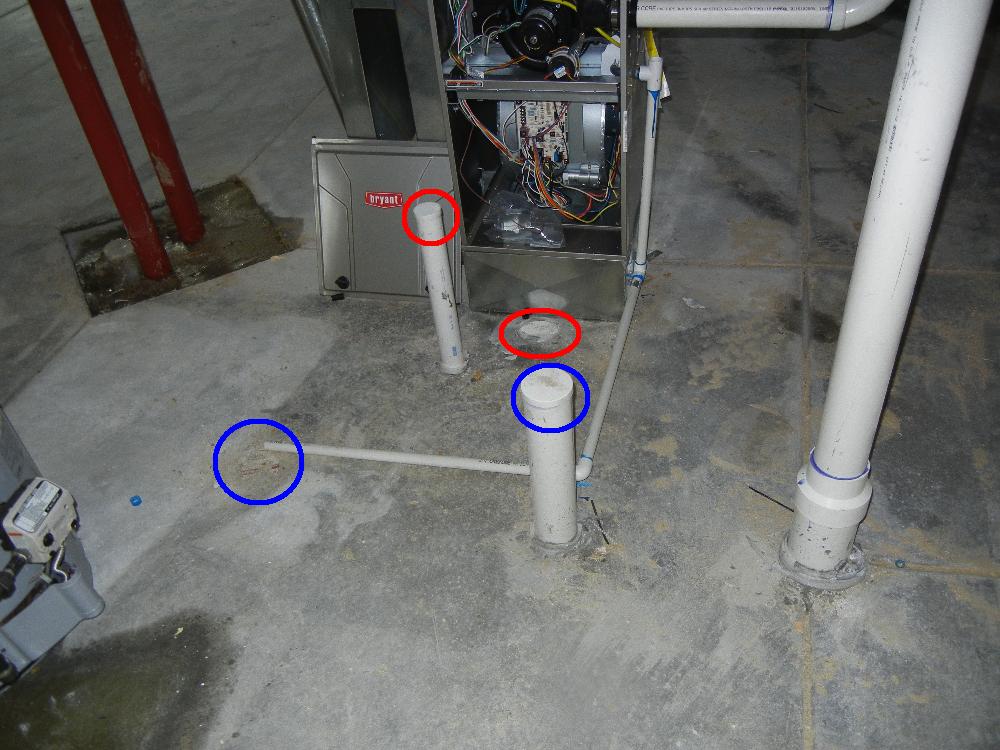 The placement of the furnace would have blocked a wall I want to put in to finish the basement later, so I asked the builder to move the furnace, which they did. However, as you can see in the next picture, the furnace is now covering the two red-circled pipes which were cut and capped, and the builder modified the unused stack to make it a 2-inch pipe: 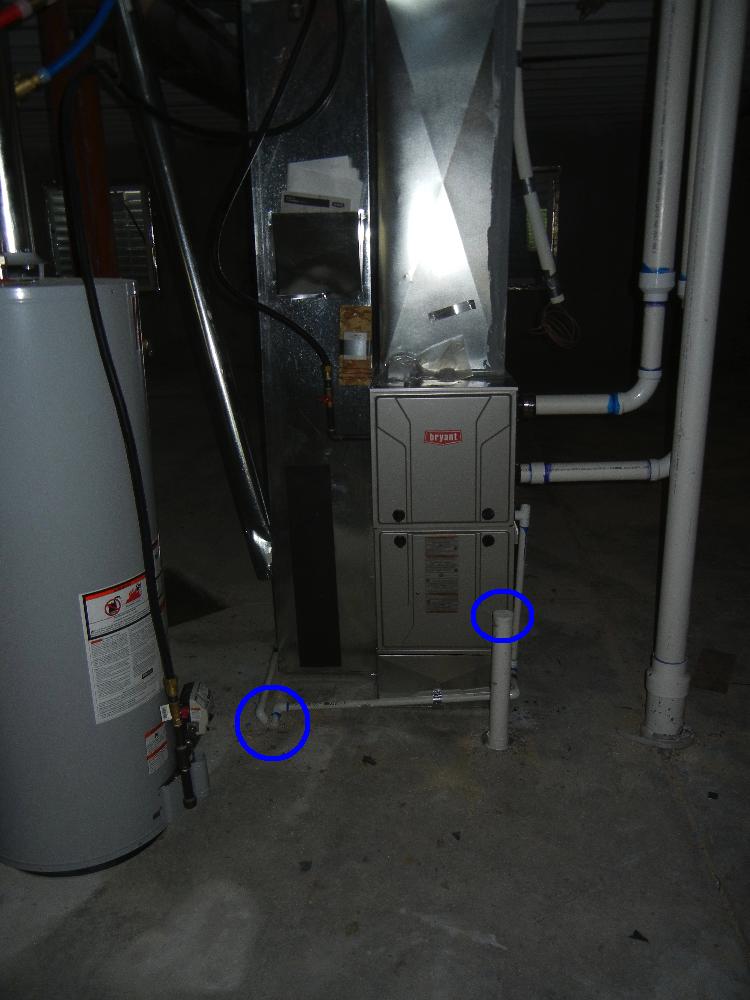 I asked the builder about this and was told that the backwater sleeve didn't need to be exposed, the vent pipe was cut and capped, and the unused stack is now going to be used to vent the drain, which is why they modified it with 2-inch PVC so it can have an air admittance valve installed later.

1) Recommendations vary from inspecting every 3 months to every 1 year. You're checking for any debris that might prevent the valve from closing if water does come up the drain backwards. If a furnace is on top of the access point, you won't be able to inspect it.

2) The vent pipe must be within a certain distance of the drain trap, determined by the size of the drain pipe. Section 906.1 of the IPC states that for a 2" pipe, your vent needs to be located within 8 feet of the trap. Just eyeballing your setup, it looks like it's possibly OK. However, your locale may have adopted modifications to the code, so you'll need to check with your inspector to ensure that it meets code.

That said, please make sure that your inspector is aware of the changes. The plumbing had to be approved before the slab was poured, and the HVAC contractor knew it wasn't going to get a second look. If the inspector gets another chance to review it, changes may be required.

Not the answer you're looking for? Browse other questions tagged basement drain vent valve sewer or ask your own question.

4
Is there a shower drain pipe in this picture?
7
How can I properly vent a basement toilet & shower using an AAV?
1
Bar sink drain/vent
3
Can I reroute these drain lines to make this stack more compact?
3
bathroom venting plan review
1
Help with drain and vent configuration
2
Can I use horizontal 90 degree elbows to run a p trap along a wall?
0
Remodeling basement: water, heating and drain pipes running in parallel?