How to start a generator from a relay

My goal is to turn on an electric generator remotely. I have a SMS (text message) controlled circuit board that has 7 relays. I can control each relay independently. I want to send a text to essentially turn this generator that has a keyed, electric starter on it.

My question is: What wires do I need to use to allow energy flow ('run') and what wires to I need to use to initiate the starter ('start')? I have looked at the physical wiring and also the diagram but cannot figure it out. Before I do something that may harm things, I thought I'd post.

Below is the wiring diagram: 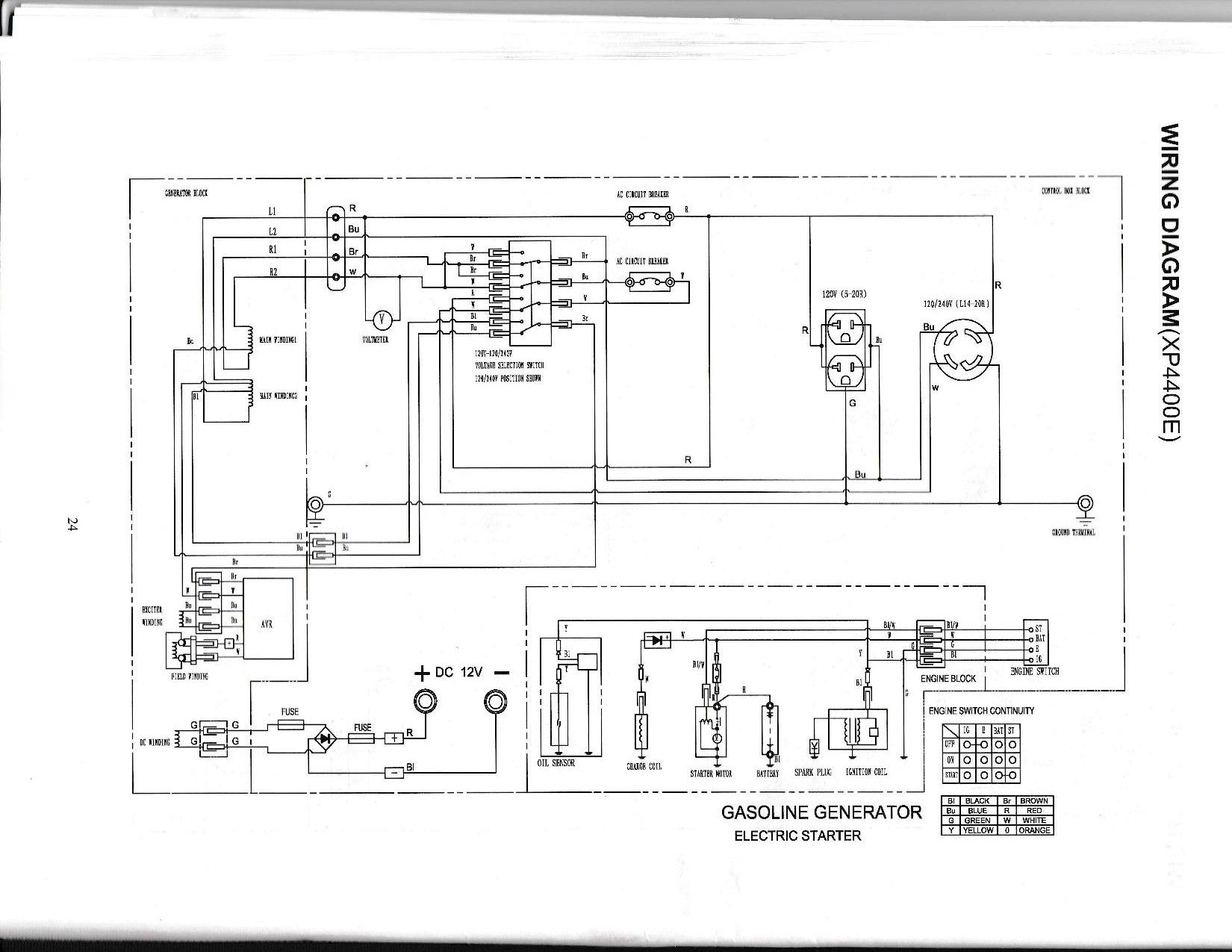 According to the schematic. 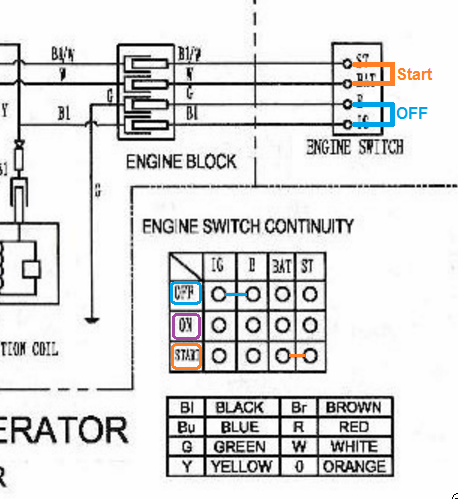 The unit is OFF, when IG and B are connected. To start the unit, connect ST and BAT. Once it's running, none of the contacts should be connected.

You're going to want to find a way to monitor the engine, so you know when it's running and can stop cranking the starter. You'll likely want to crank the starter in shortish intervals, rather than simply cranking until the engine starts. You'll want a way to stop cranking the starter after x number of tries, so you don't keep cranking an engine that won't start. You'll also need a lockout mechanism, so that the device cannot start the generator when somebody is working on it or the system.

Finally... If you're going to be working on projects like this, you're going to want to learn how to read schematics. It makes me slightly nervous that you're asking this question.

The relay that is on a short "crank" timer can go from your +12V to the starter solenoid in parallel with the switch that way you could still start it by hand. I hope you are installing an automatic transfer switch for legal and safety reasons.

Not the answer you're looking for? Browse other questions tagged wiring generator or ask your own question.