Repairing a notched rafter in a truss roof

I had a guy install a whirlybird-type vent in my roof.. those non-powered turbine types. Upon cutting the hole to install the vent, he accidentally cut a notch in the rafter: 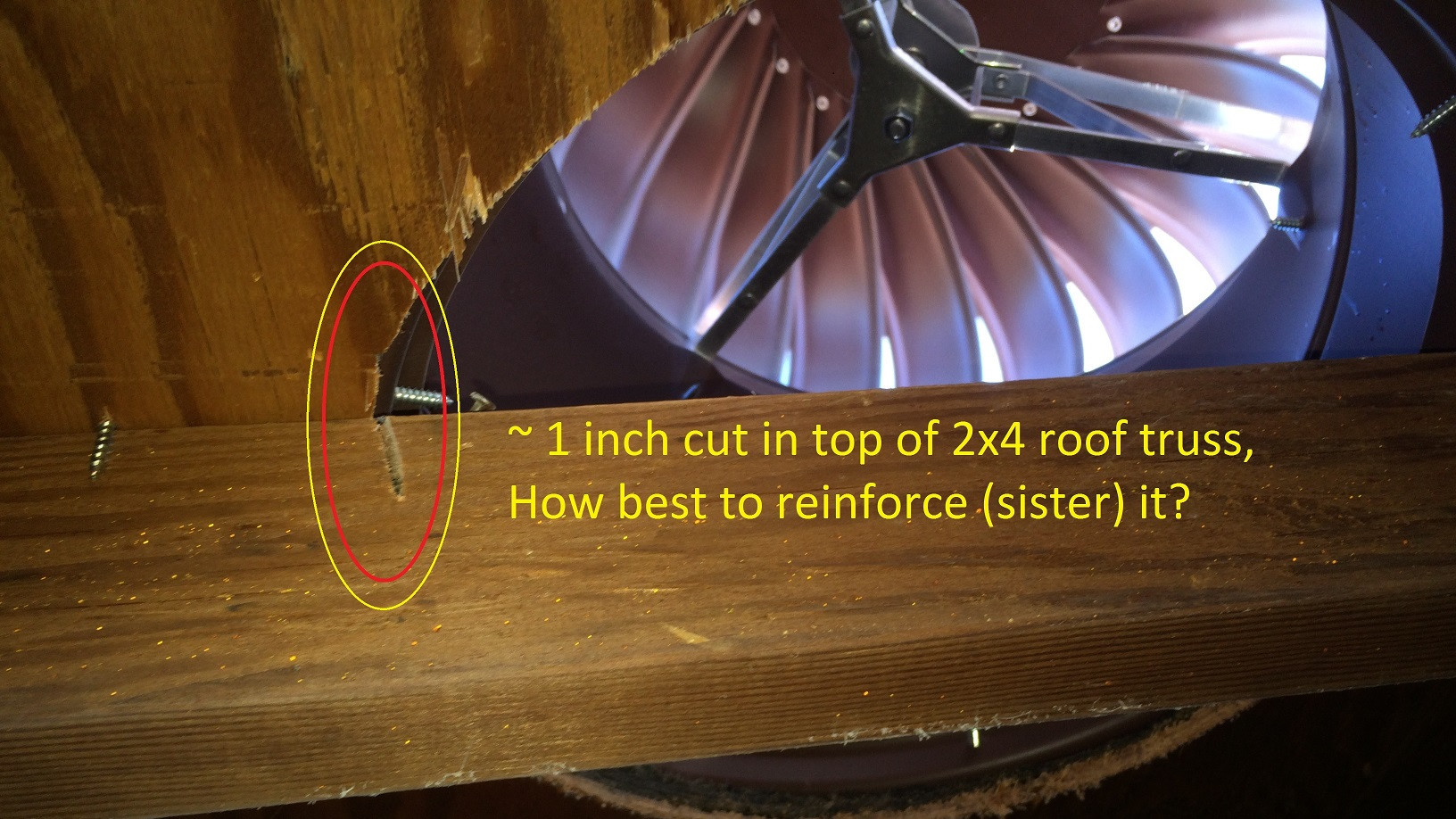 There are two notches in the rafter (one on each side of the circle he cut, 15 inches apart). I'm looking for advice on how to reinforce it. I'm thinking of putting a nail plate like this, spanning each notch: 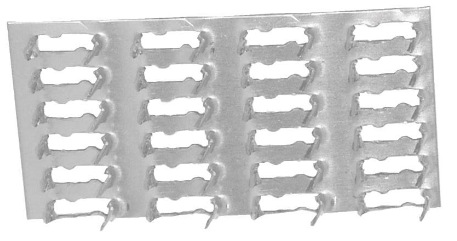 Should I put nail plates on both sides of the 2x4 (sandwich the 2x4 between two nail plates.. meaning 4 nail plates in total.. two for each notch)? Or would you recommend a different approach entirely?

If you're interested in more detail. The 2x4 is the er.. 'top chord' as defined in the attached pic. I've circled the region that was notched. It doesn't support anything other than the roof.. single story house.. about 32 foot span (i.e., the 'clear span' in the pic is 32 foot). Sounds like a nail plate is a dumb idea, I'll scrap it. I'll either sister a board to it or just leave it alone. If the added detail changes anyone's thinking on either of those tacts, please let me know.

Roof trusses tend to be highly engineered and not designed to be altered, and I don't consider myself knowledgeable enough to know exactly how dangerous this is. My suspicion is that you've reduced the possible load your roof can support which would be an issue in strong windows for heavy snow.

The typical solution is to sister another board onto this one. To transfer the load, you'd want it fairly long, several feet to each side, the longer the better. Put some construction adhesive on the current rafter, clamp the sistered board on tight, and screw it with a bunch of 2.5" screws (I'd probably put one every 8" with 2 on each end). That's likely over engineered, but you're better off overdoing the solution than underdoing it and having it fail later.

What does that 2x4 contribute to the structure of your house? Is it holding anything up? Does it just form the base of a roof joist triangle?

A horizontal 2x4 usually carries only a tension load with no bending. Really, it's unlikely to snap because it's 2x3 instead. Leave it alone.

EDIT: Now that I've seen its position in the truss, I have to agree with everyone else: sister it with a long 2x4 using glue and screws.

Not the answer you're looking for? Browse other questions tagged roof truss or ask your own question.

11
Can I raise a sagging shed roof by winching the walls back into place?
1
How should I connect two beams to a post at a corner?
0
Cracked rafter fix and loose truss plates
0
Span of roof rafters, how to fix improper structure
1
attaching eye-bolt to roof ridgeline
1
How to build a 24' roof truss?
1
How should I compute the clear span of a purlin in a roofing system?
0
How do I attach twist straps to rafters along the top plate?