Okay, dumb situtaion I got myself into. I'm living in Germany where the pipes for the shower in the wall are 3/4" female. Bought myself a nice shower from England a year ago and went to install and discovered the shower valve is expecting to be attached with a compression fitting over bare 15mm copper pipe. .... And there seems to be no such adapter here. (It would surpise me if there were such a thing).

So, after a great suggestion from the local hardware store I (or rather the missus) soldered up two adapters: 3/4" male on one end, 15mm copper pipe on the other.

The adapters worked great, until I noticed a trickle of water in the basement and realized what had happened. Looking at the wall, the adapter screws in clockwise, but (again looking at the wall) the nut (over the compression fitting) screws onto the shower valve counterclockwise. Presumably in my effort to make sure that everything was nice and tight, I'd loosened the adapter going into the wall. The adapters we made are solid - the wife knows what she's doing. (I've attached a sketch just in case my explanation isn't clear).

I'd really like to use this shower head. The manufacturer doesn't have a threaded version of the valve. I've searched high and low in the internet and haven't come across a solution - or anyone who had this problem - so I'd be open to any ideas.

Thanks a lot, Angus.

Edit: Forgot to say that the setup makes it next to impossible for me to get behind the valve to hold my adapter with a wrench while I tighten the nut on the valve.

Edit: The pipes in the wall are plastic (not sure the type here in Germany) with brass threaded ends. 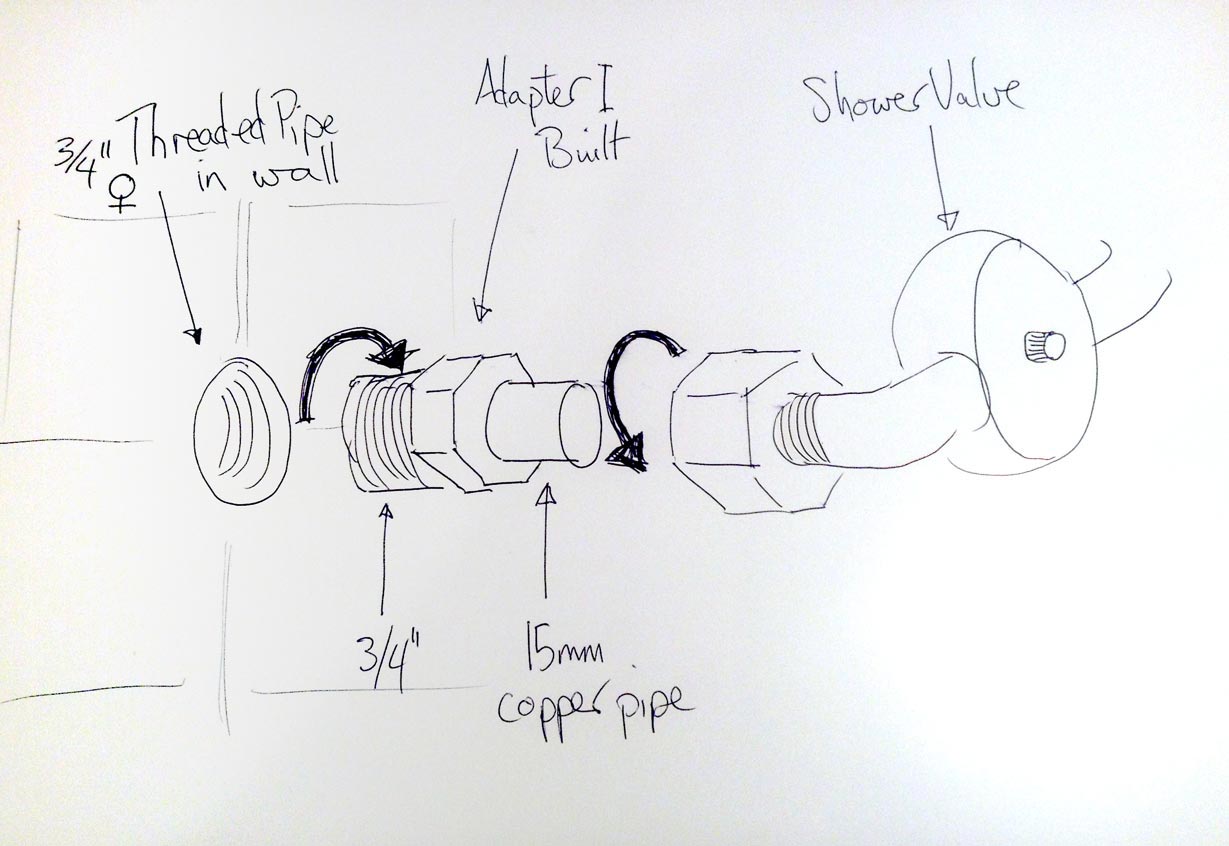 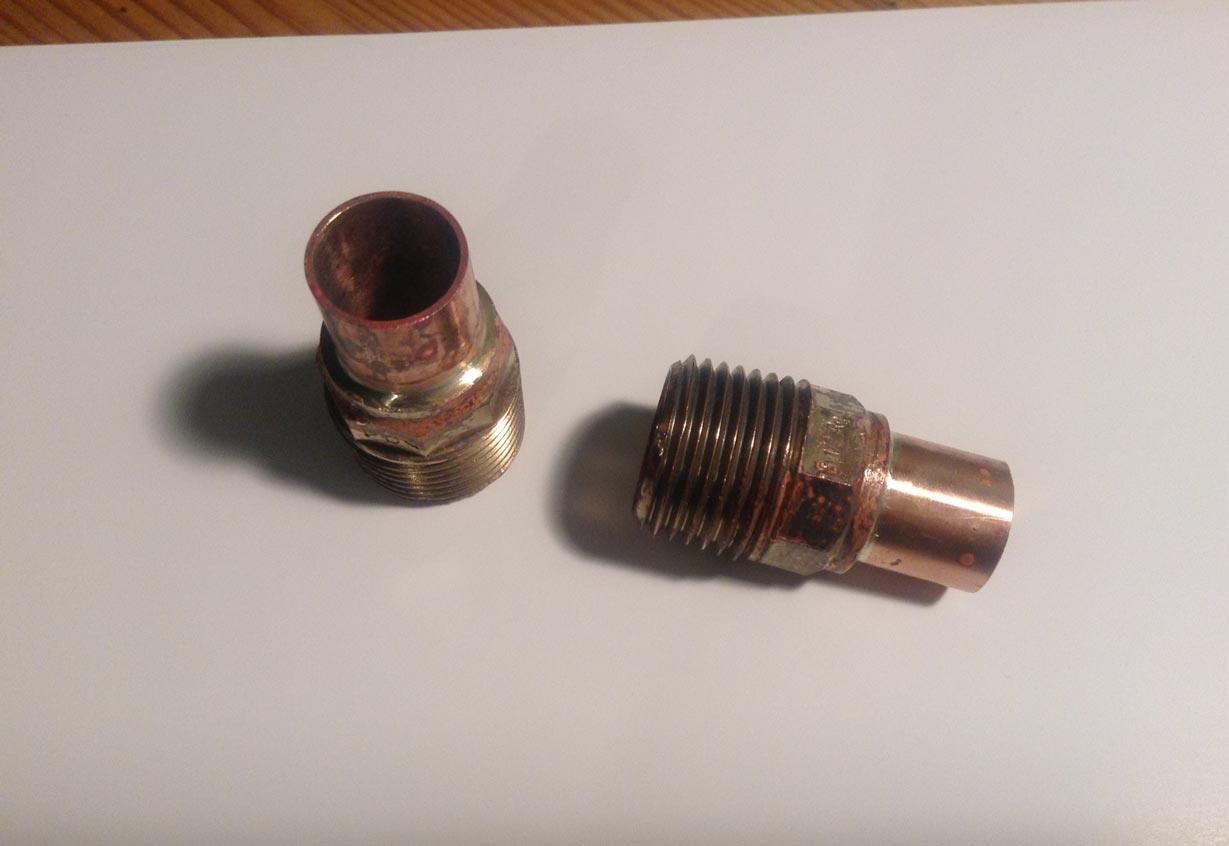 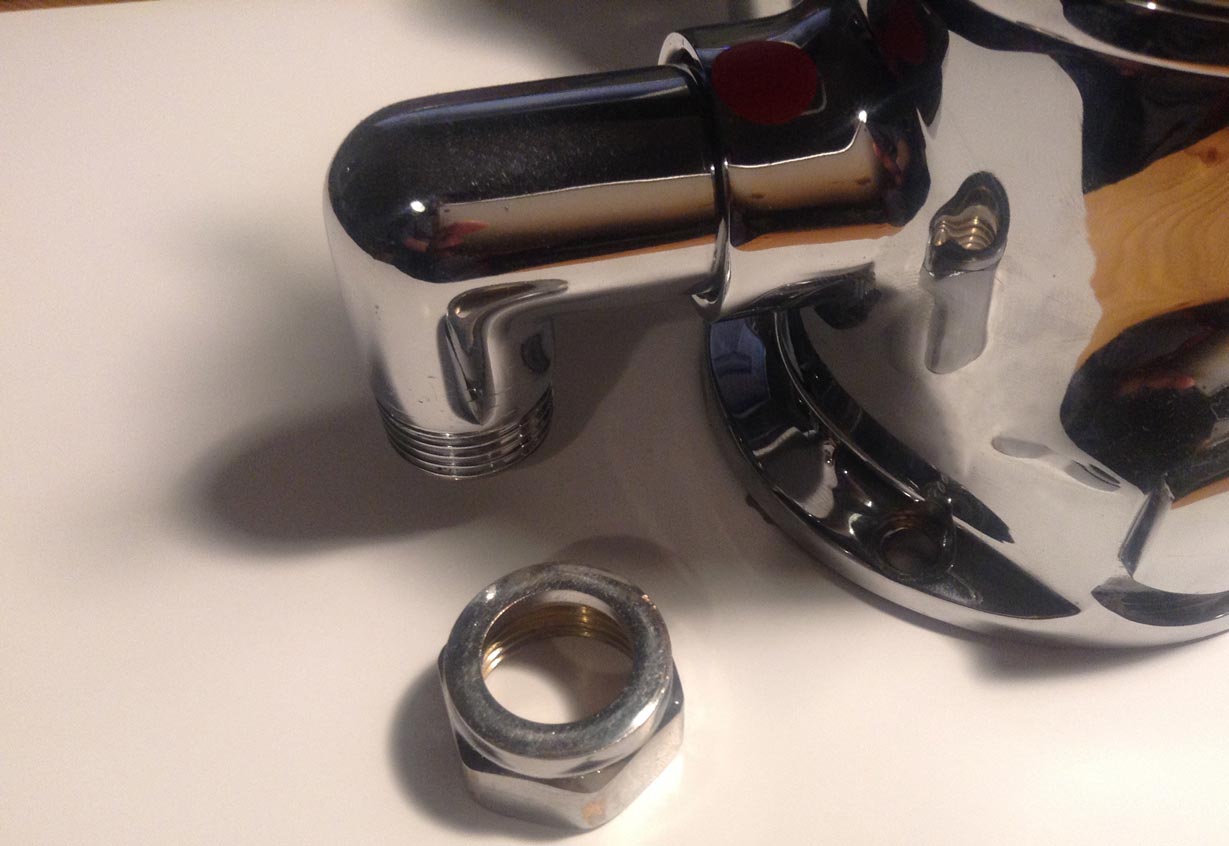 Compress a copper nipple onto the shower valve. Now instead of the adapter you made, install one of these into the wall:

Now, place the other end of the nipple (already attached to the shower valve) into the compressed end of that fitting, and to lock down the nipple you will be tightening in the same direction as the threads going into the wall. So basically you end up with a compression fitting on both ends of the nipple.

2
Can't get threaded connector all the way into shower faucet. Do they need to go all the way?
4
Proper way to attach tapered, threaded connections?
2
How can I get the supply line brass valve seat on Pfister tub/shower mixer valve to stop leaking?
1
Connecting a water heater, what kind of fittings, valves, and adapters?
0
Steel Threaded Pipe/Compression Fitting Replacement
1
Problem with NPT threads on dual check valve?
0
tee diverter / valve to my shower
2
Why does the water from my shower get hotter when I use a shut-off valve?
0
What type of adaptor do I need to connect a female 3/8 OD faucet to this shutoff valve?